Hi!, this is a project I done a year ago to test the first blender 2.80 alpha.

It is a procedural shader animation rendered in EEVEE.

There are still some limitations with procedural bump mapping in EEVEE that look pixelated. 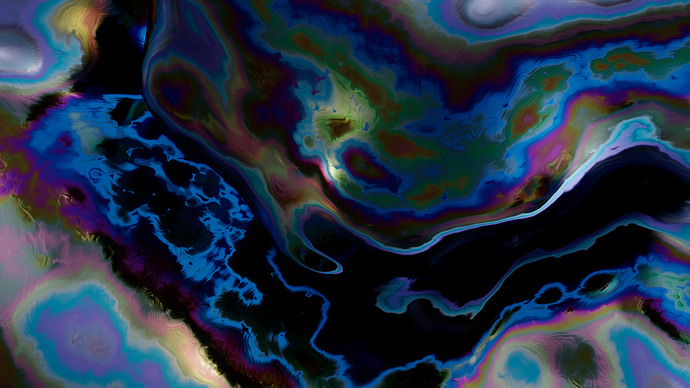 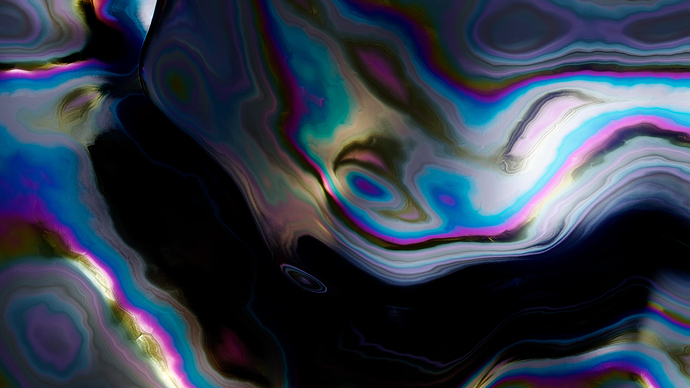 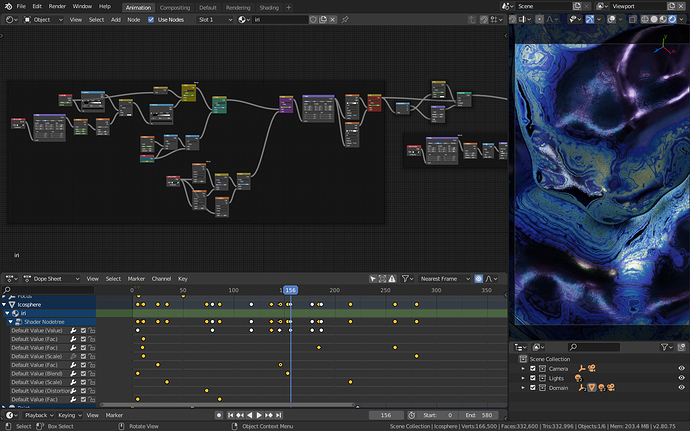 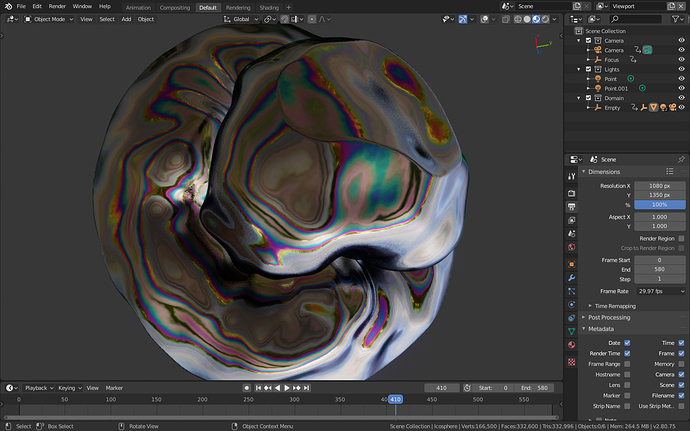 amazing!
I watched the animation again and again.
I like it so much!
Just curious why you chose this aspect ratio for the animation.

Looks great,i wonder what iridescent shader do you used for this animation.or is this a random color like shader?
if you dont know, here is a good thin film shader

Update Pending: See post 72 for update v2.2 Hey everyone! Welcome to the colorful update of v2.1 of the thin-film interference node group which was originally adapted from @prutser’s OSL code. Here is pruster’s original thread. This new update generalizes Snell’s law for lossy incident media (such that R+T is always 1 when the films are not lossy), adds absorption, and allows the dielectric inputs and outputs to be calculated with RGB values like everything else. Only the “Interference”/“Thi…

Hey! Thanks,
I originally made the animation for an Instagram video.

It is based on the simple fake iridescent shader. It works by mixing the layer weight node with some noise and a color ramp.