Irishman’s Sci-fi Blender ThreadHi guys. I suppose it makes sense to treat this as my introduction on Blender Artists. I’ve been one of those members who’s mostly lurked, and rarely popped up to offer encouragement or critique.

In the past, I’ve been mostly a 2D artist, using Illustrator for the most part, and I’ve been prolific on TrekBBS, the old Flare board (barely hanging on now), the 602 Club board (now defunct), and the Federation Reference Series board. I’ve always loved to draw, and have always seemed to have ideas knocking around in my head.

As far as my nerd cv goes, I am a sci-fi nut from way back, and cut my teeth on Star Trek TOS reruns in the 70s, Star Wars, Battlestar Galactica, Buck Rogers in the 25th Century, and any sci-fi from the 70s on would at least get one viewing from me, more if I liked it.

, and like a lot of us, I found that the hardware resonates with me, especially spaceships.

So, I say all that to say this: I’m VERY new to 3d modeling - as in 13 months new - but I’ve finally found a 3D program that’s my price - free - and seems intuitive to me - it’s Blender 3D, and I’m driving myself to get good at it. This being the 21st century, and Youtube existing a a result, I’ve found a metric crapton of tutorials online. My process has been to find a tutorial that solves an immediate creative problem I’m having, implement it, tweak it, and move on to the next bit. I think it’s just a result of how short a time I’ve been at it, but I’m now beginning to get to the point where I’m learning better ways to do things that I only JUST kludged together a couple months ago. The same thing happened to me when I began getting more into 2D digital art back in the day, so that part of the process feels familiar.

Since getting into Blender I’ve become a regular poster over at scifi-meshes.com, relying on the courtesy and broad knowledge of the folks there.

Hopefully, you guys will be open to give me more than just polite encouragements. I’m just as open to focused critiques as well.

I’ve definitely got such room for improvement.

Hello and welcome to the club.

CGCookie has a bunch of old but useful tutorials available in their archive:

Thank you DCBloodHound, for the welcome and recommendations! Much appreciated.

So, a bit more about my development:

My art with the biggest positive reaction so far has been my take on the Pointer Class from the Spaceflight Chronology. It’s a Rick Sternbach original that I loved and wanted to give a post-Enterprise/Romulan War treatment. I took to it quite easily, evoking the saucer rim, shuttlecraft dropbay and sensor palettes of the NX-01, as well as the twin impulse engines of the Iceland Class ship from Enterprise. I took it on back in 2004-2005, and here’s a reminder of the original:

Here is the final 2D data sheet I did back then:

Well, time goes on, and I got an opportunity to learn 3D while bringing both my own work and other’s work to life. It’s going to be painful and ugly, too.

As an example, here is the first Blender spaceship render I’ve posted online. It’s not even a complete spaceship. It’s the phase cannon from the Pointer Class. How rough is it? Well, I hadn’t even learned to turn on smooth shading yet, so yeah. 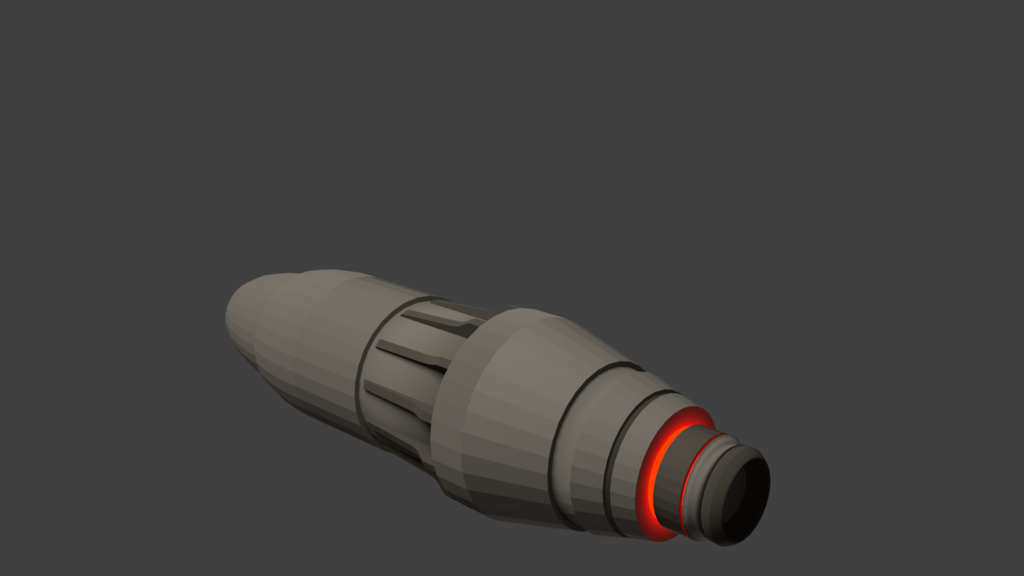 This is me beginning to learn colors and materials: 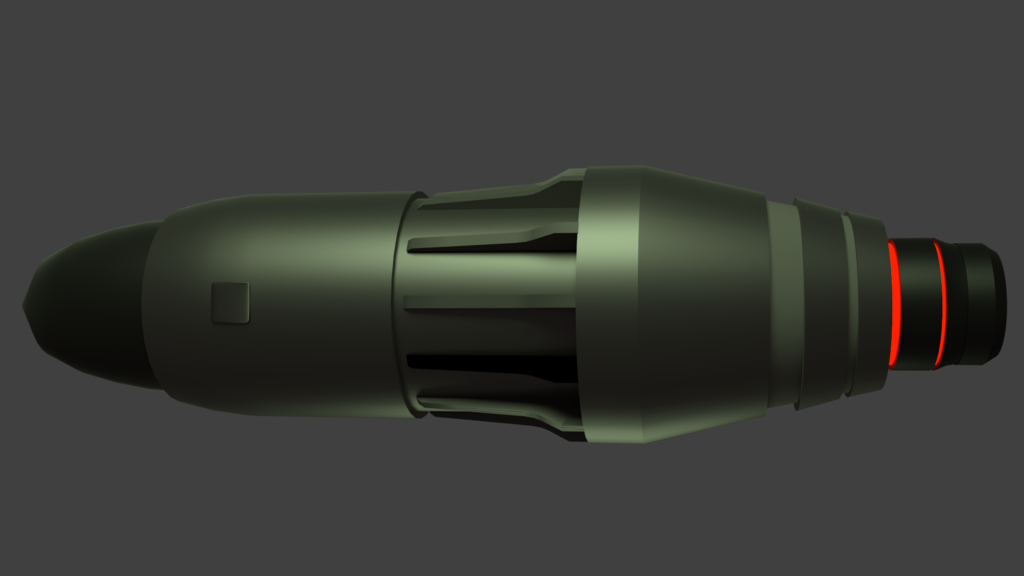 Next, after finding Andrew Price’s Pro Lighting: Skies HDR (credit where credit is due): 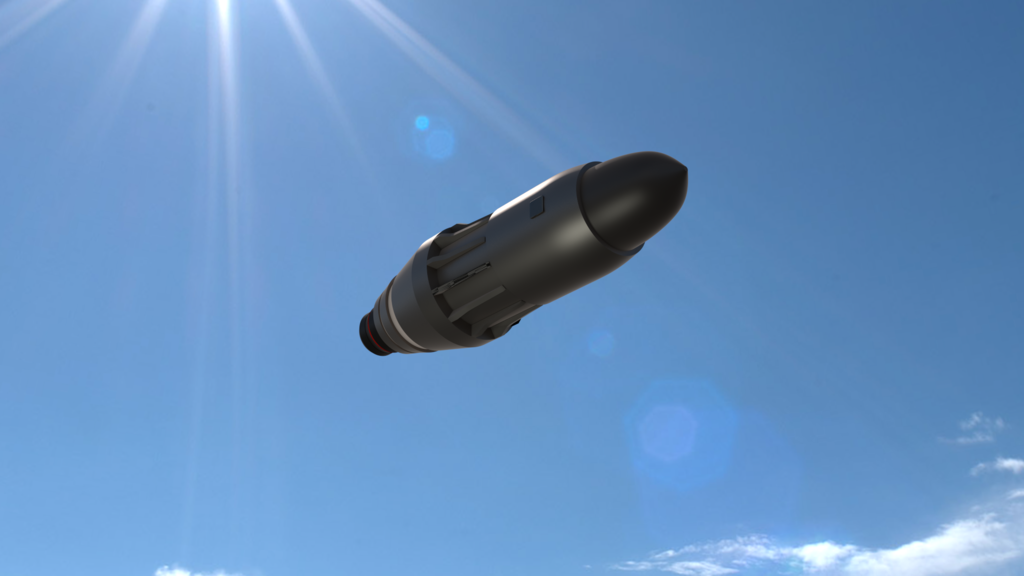 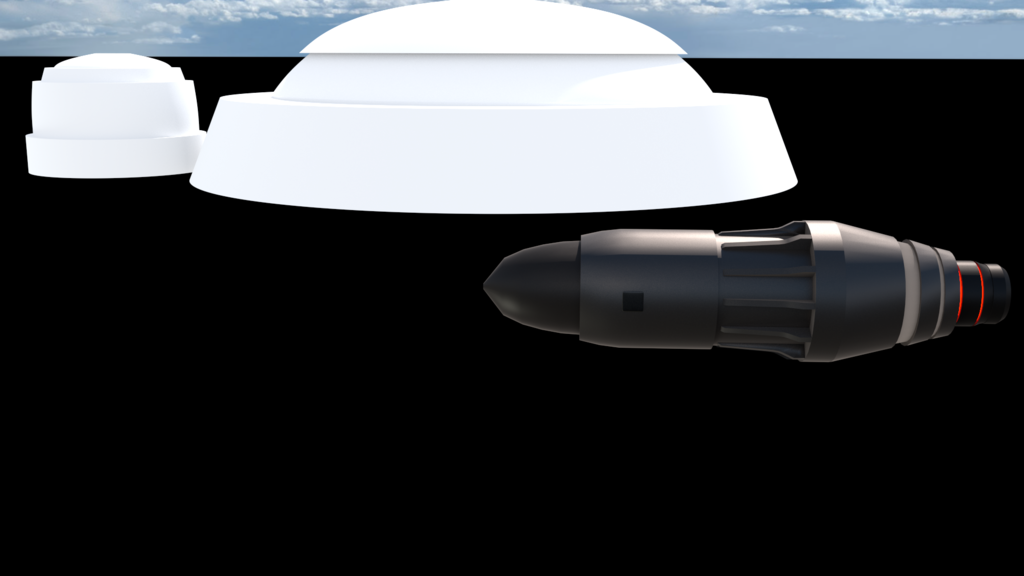 This is one of those threads that I think is going to be very good to follow. You are already started very nicely your journey in 3d and I think your back as 2d artist will give you very much better position from those who don’t have that kind of background.

This is one of those threads that I think is going to be very good to follow. You are already started very nicely your journey in 3d and I think your back as 2d artist will give you very much better position from those who don’t have that kind of background.

Thank you, ArMan, for your kind words.

Of course, as a Star Trek fan and an artist, I’ve got to try my hand at the TOS USS Enterprise, even with my negligible skills. I’m using the usual Casimiro and Shaw efforts, taking as few of my own liberties as possible, because I don’t think I can really do better than these gentlemen.

Here is my very first blocking in of the E-nil’s saucer and nacelle: 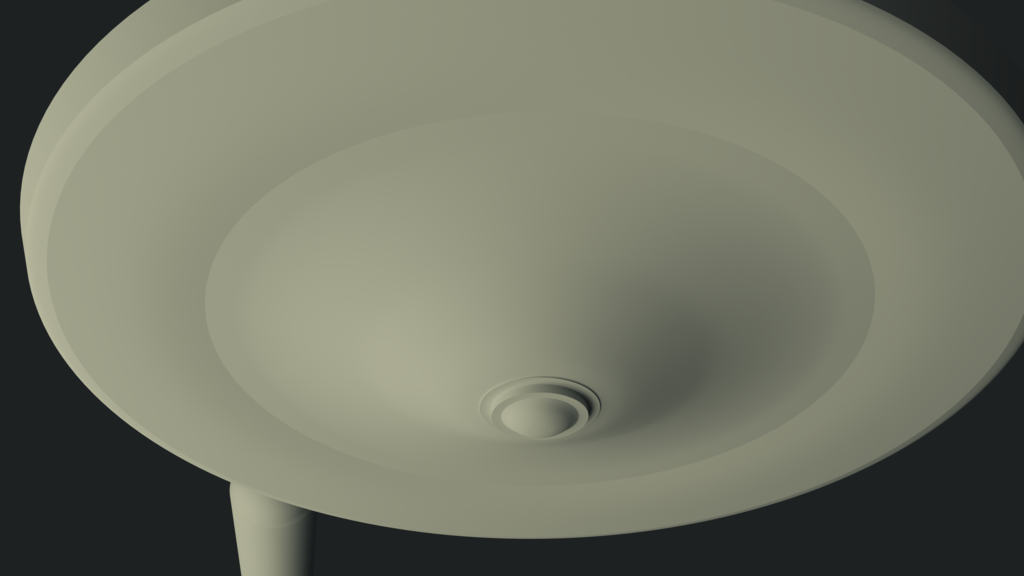 And, after adding the second nacelle (that’s right, no mirror modifier): 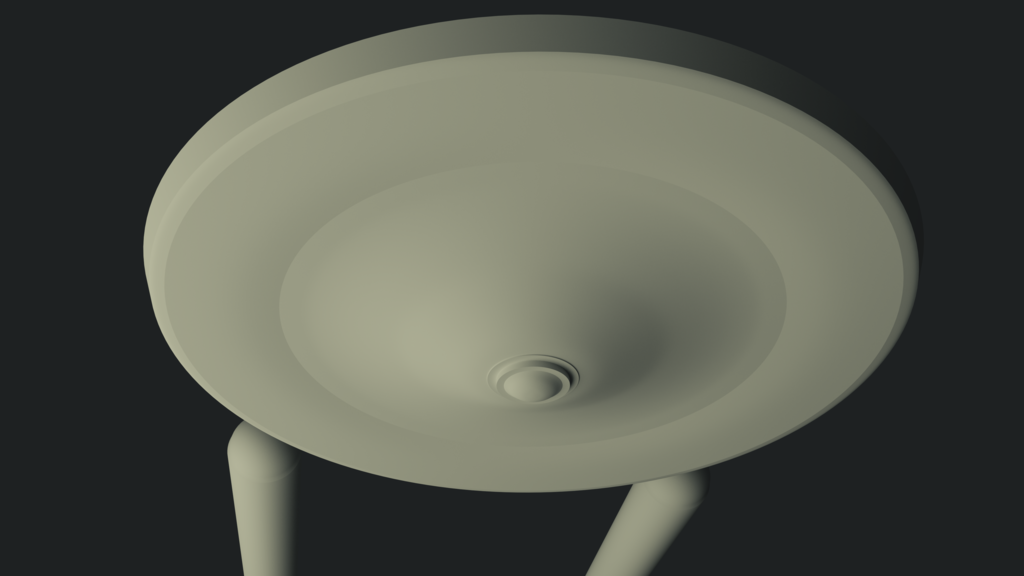 And a straight-on shot: 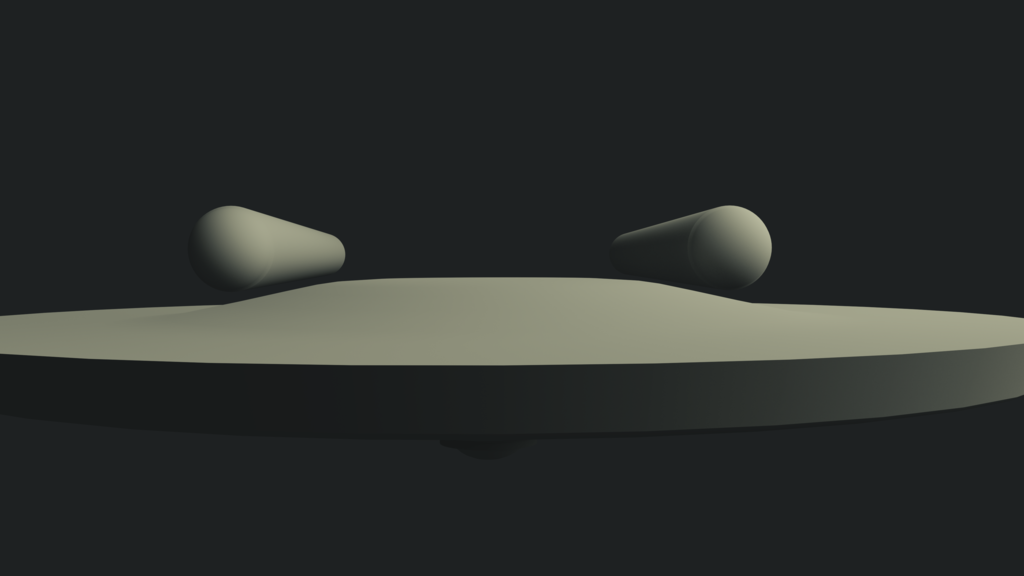 After finding proportional editing and getting the non-pilot bridge dome and deck 3: 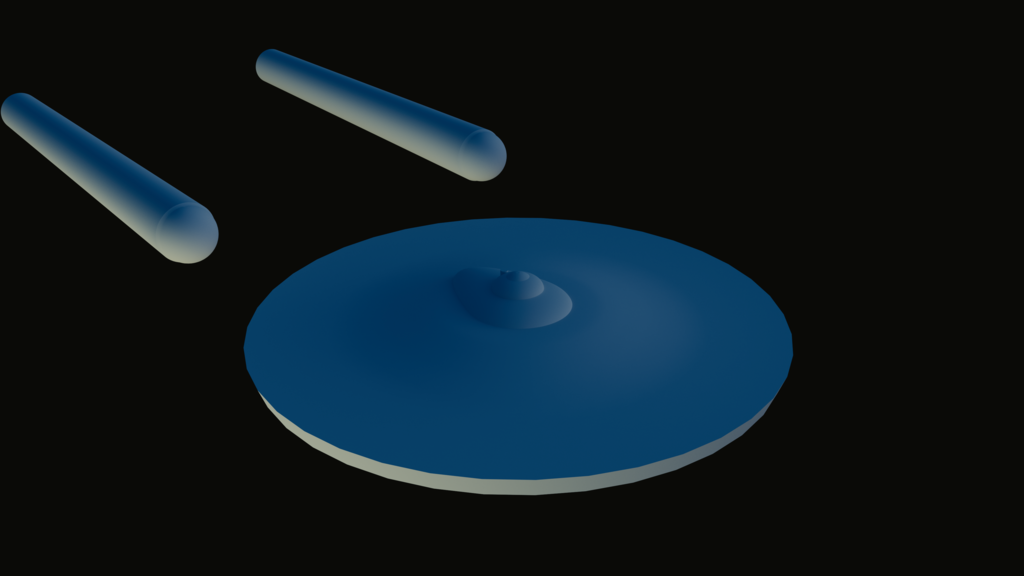 The straight-on shot with the bridge: 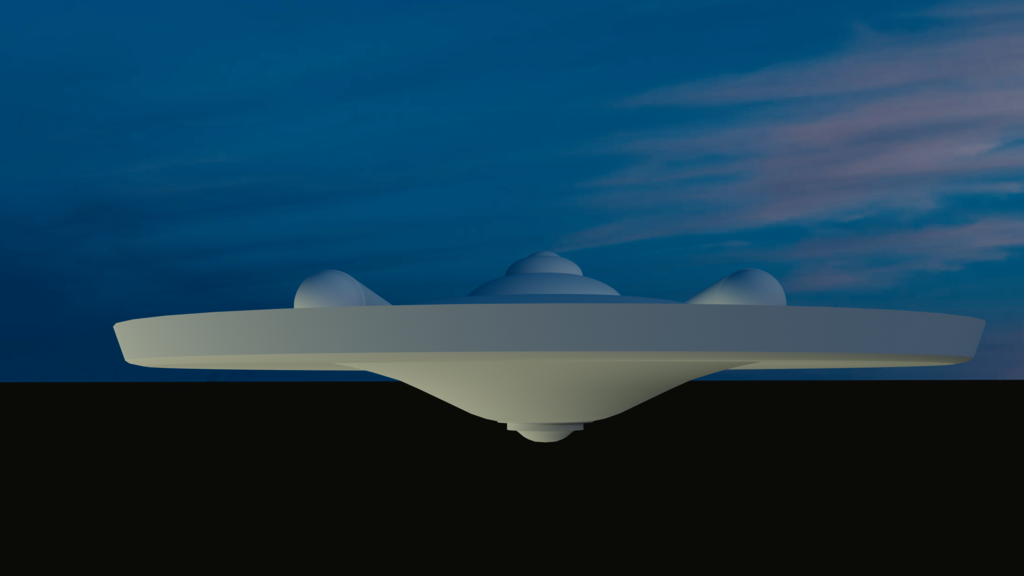 A from above and back showing the curvature of the deck 3: 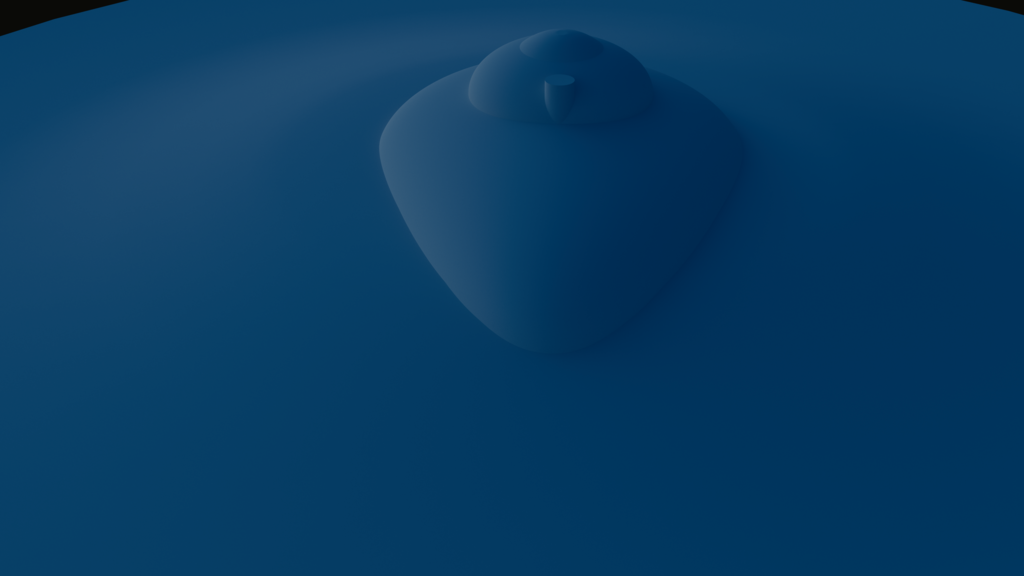 Moving ever so slowly into the secondary hull, a far more complex geometry: 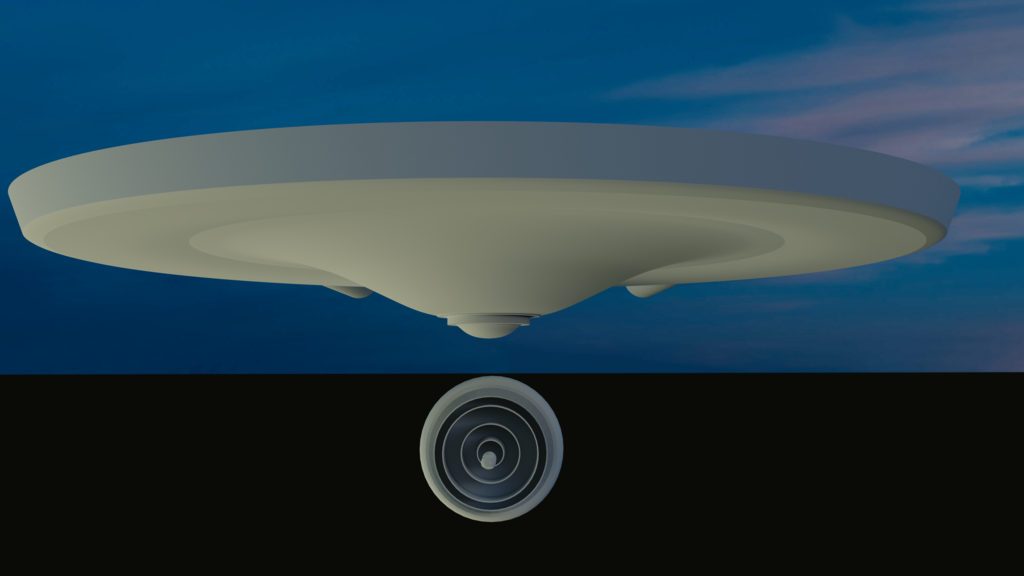 Getting the taper of the secondary hull is proving slow going (remember I’m learning as I go), so this angle is all you get until I am happy with the lines from all angles. 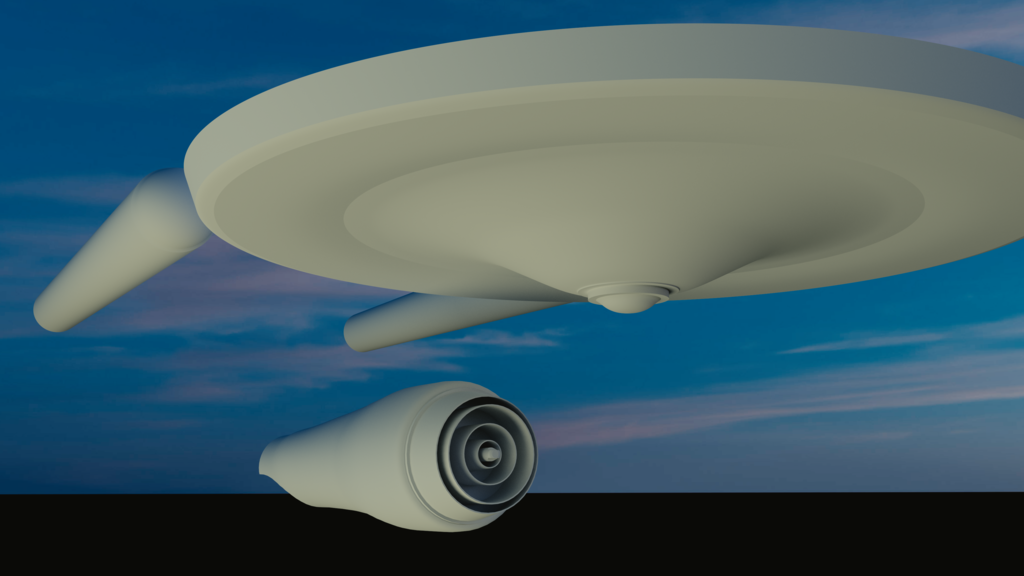 My source material is the 2D schematics of the E-nil that David Shaw did back in 2007, using the 1964 Jefferies/Datin measurements. I’m trying to stick closely to that. I’ll be using the photo gallery from here http://trekcore.com/blog/2015/05/smithsonian-update-the-experts-have-arrived/ because it provides details on the 11-foot model that I didn’t know were even there! Just exceptional work done there by that team and really bringing the ole girl back to life.

Here’s my first couple of simple attempts at a digital version:

And adding the second nacelle rough-in:

Try to ignore the colors and materials. This is just to get the morphology and positioning right. From there, I’ll add details, colors, textures, materials and final lighting.

The final update for the night:

I finished blocking in the saucer module. All but the top assembly was modeled as one piece, just for speed’s sake. The rest of the shapes I’ll model separately, starting with the bridge deck and 2 decks below.

I’ve corrected the glowing lit bit from an oval to a rounded rectangle.

Still working on the recessed and rounded speaker grill. 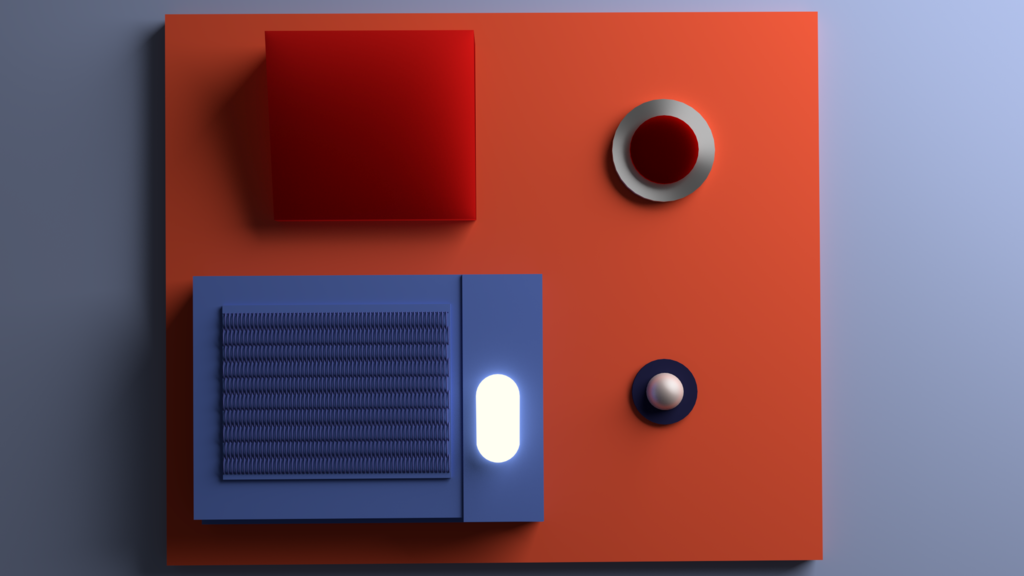 And after some work, I’ve solve the beveling problem. 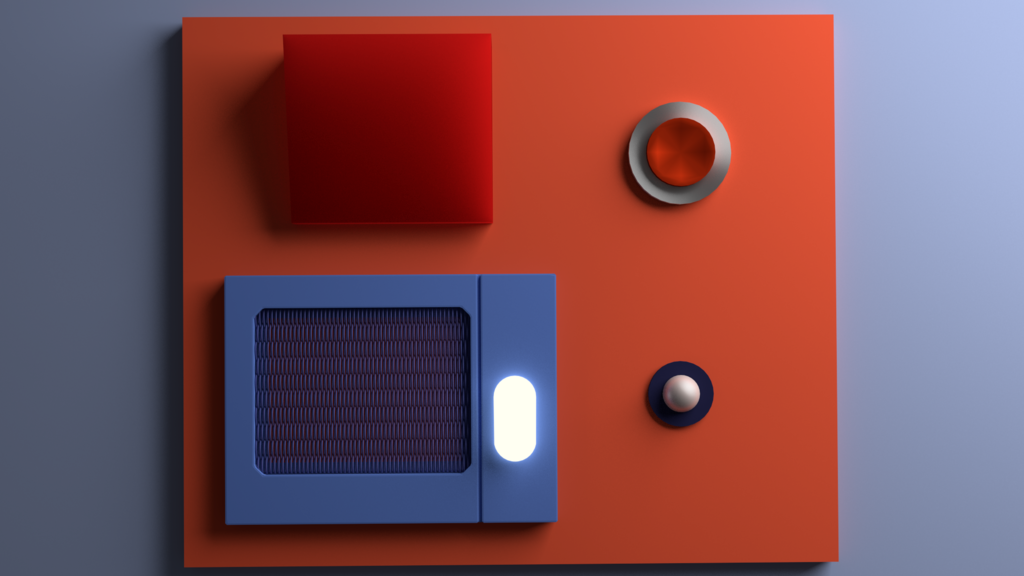 Any thoughts so far?

Taking a creative break from the E-nil to play a bit with one of my own designs. This is a nacelle study for my Canopus Class surveyor dating to the beginning of the Federation. 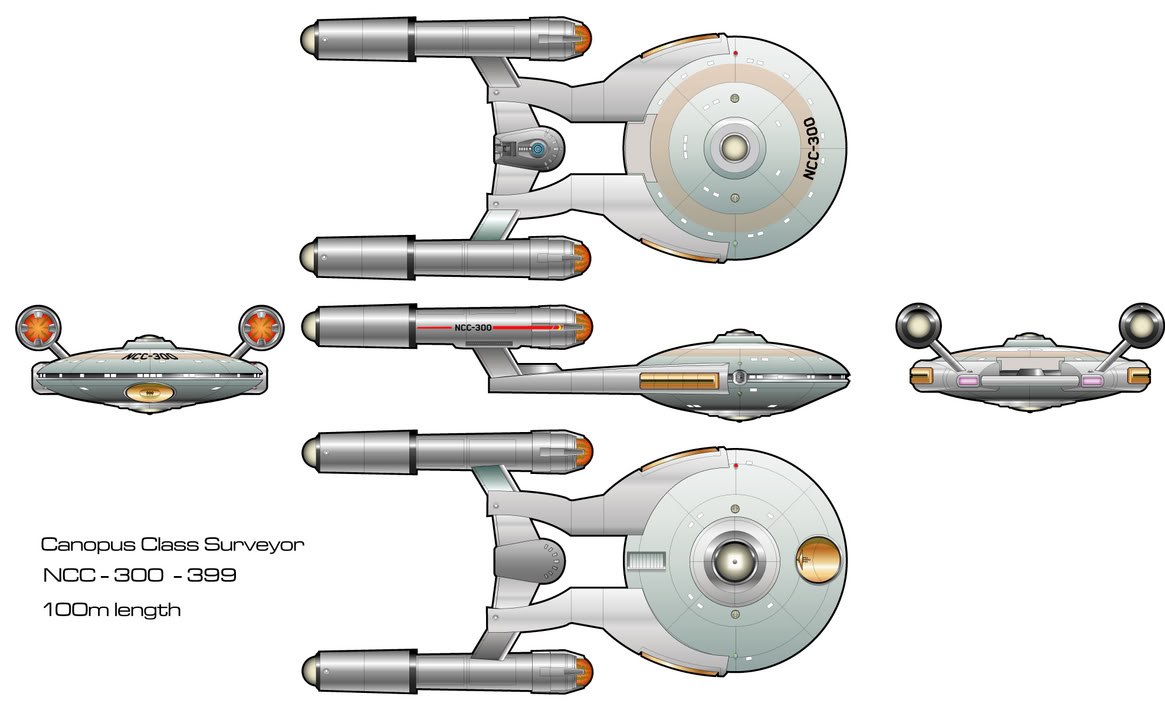 The above link is to my 2D orthos I made years back. It shows what the 3D modeling is based on. 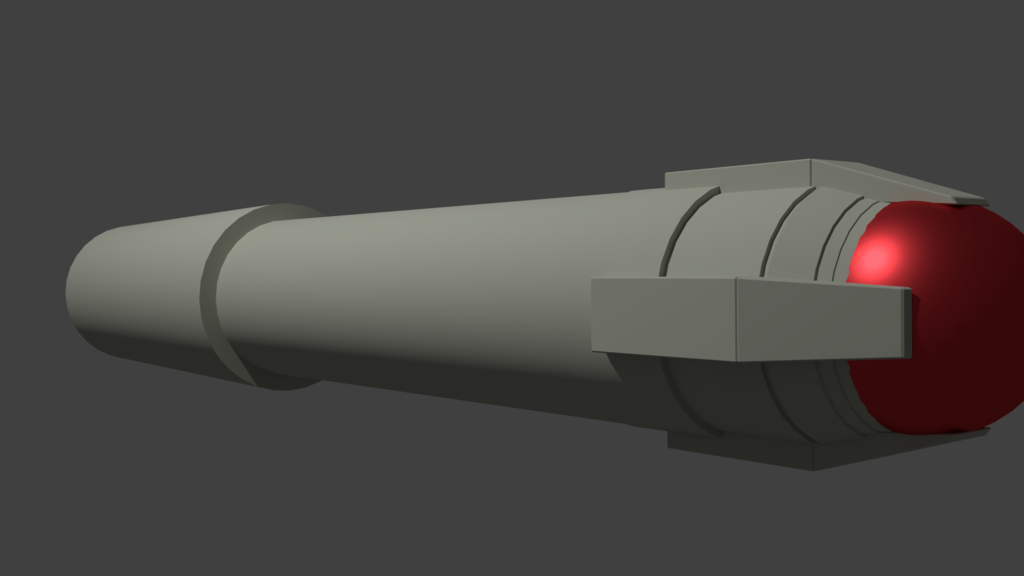 And some details, as well as correcting some problems with the bussard: 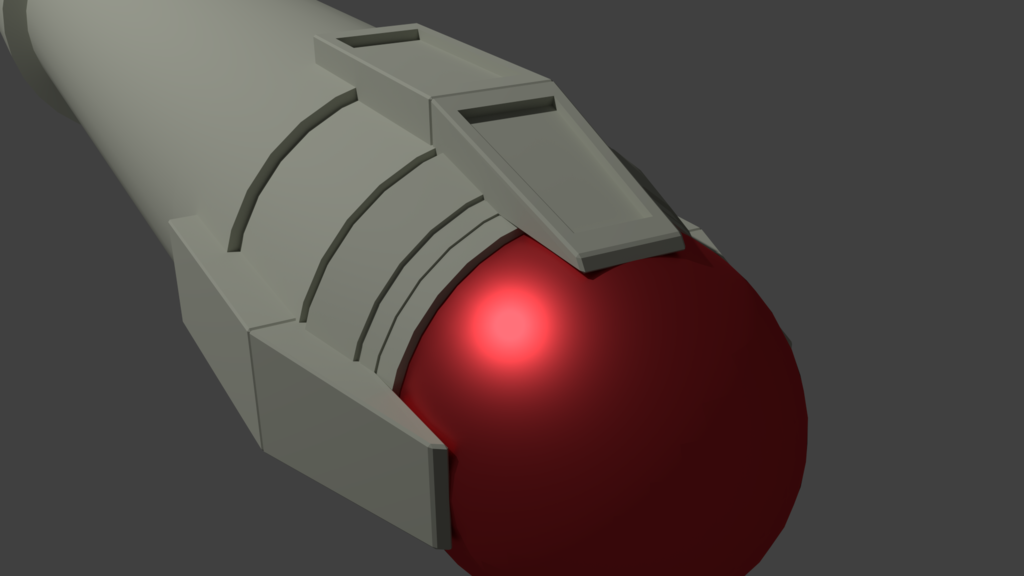 Today, I was kind of regarding the original E-nil a little too precious. As many of us do, I’ve put her on quite a pedestal, so I don’t want to mess anything up with my model. I want to get it right, so instead of skipping a day posting something new to the thread, hence my own work. My thinking is that if I hone my skills on other material that I don’t mind being 90% accurate to, it will help me eventually come back around to her.

This is some work on continuing the beveling to add detail in the nacelle cap fingers. (Yep, that’s a technical term).

his time, I’ve done a quick test of a technique using subsurf with extrusions to see if I liked the result.

I do, but it’ll take some finessing to be able to use it in a project. 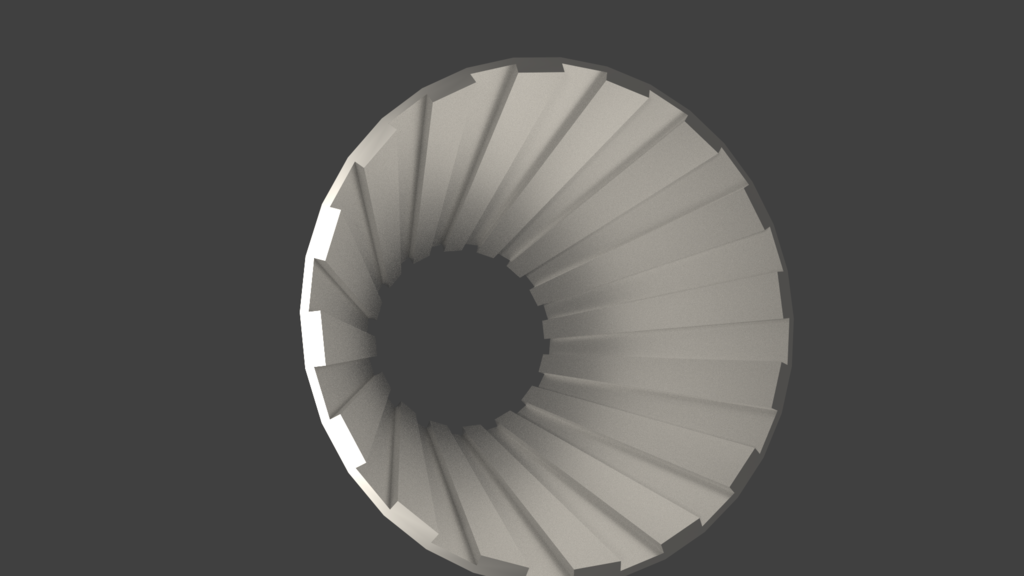 Applied the new HDR Blender Guru lighting demo to the phase cannon on my Pointer Class.

I’ve made some progress on my Pointer Class bridge.

Nice progress so far! Well I want to say that it’s looking awesome! And I would love to see you progress through time! Keep it up and happy blender