I decided that with Iron Man 2 coming out next month I’d try my hand at modelling Iron Man. The first picture is with nodes, the second picture is just a raw render. I’m not really sure how to go about modelling the body though, so any reference images would be welcome. Critique? 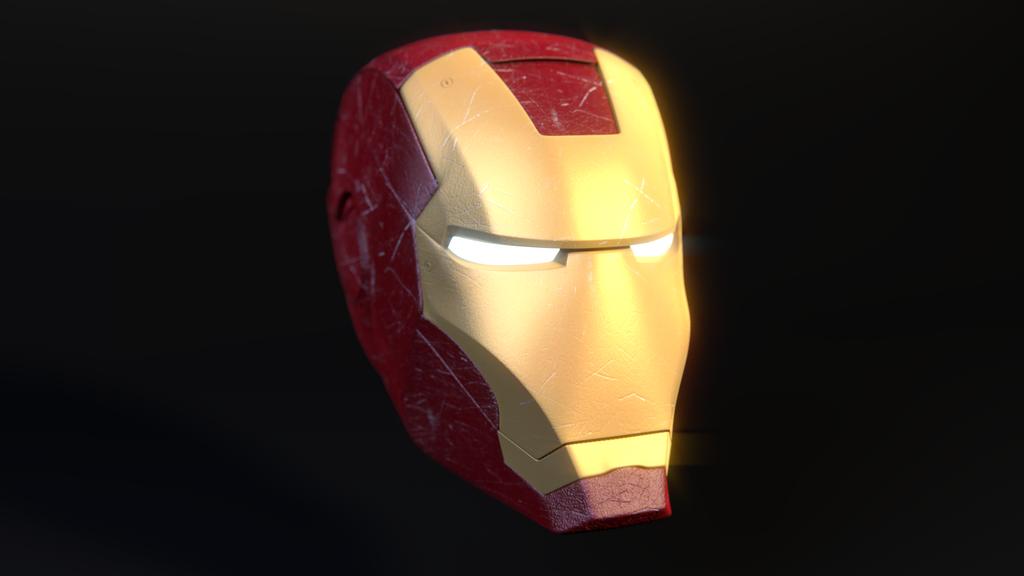 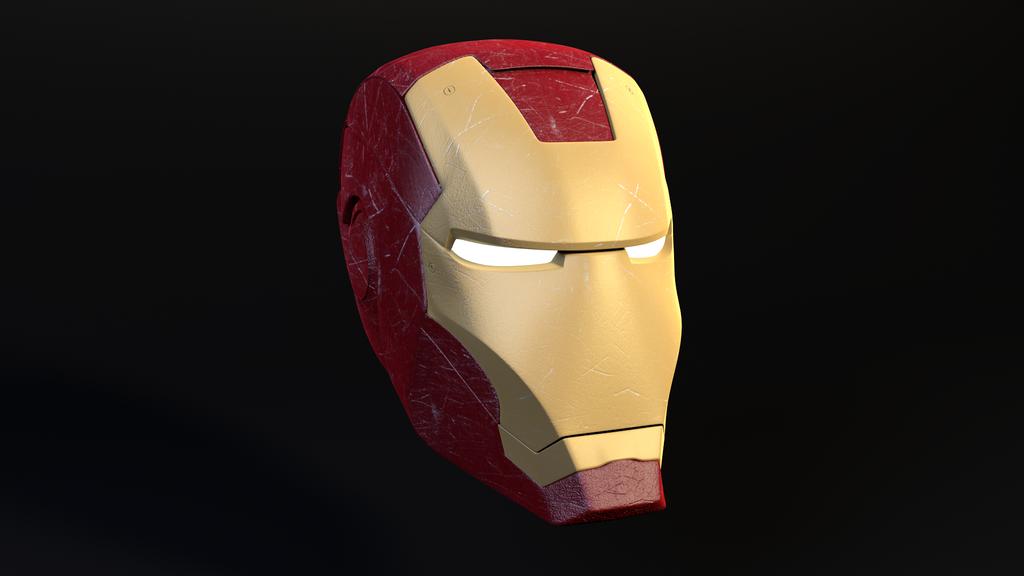 with nodes you can add some nice glare. check out my finished project “abstract golden thing” i should have put it under tests though. if you like the effect, i will tell it to you. i may have some reference somewhere. let me dig it out!

Nice modelling, try rendering it in an unbiassed render like LuxRender: www.luxrender.net

have you tried www.the-blueprints.com I’m prety sure their is a front view and side view of Iron Man which you could use as a base to modelling his body

@Hamster Jack I did add a small glare with the glare node, but it didn’t turn out quite how I wanted it. I wanted the eyes to glare the most, but in blender 2.5 you can’t have the emit value as a seperate layer. Any advice? But yes, I would like to learn how you achieved the glare on your project. Thanks! A screen capture of my current node setup is attached.

@durand I’ve seen some great renders with luxrender, but every time I try to figure out I get completely lost. Could you point me in the direction of some good, basic tutorials?

@sillymunchi I have used www.the-blueprints.com, but the Iron Man blueprints I found were either limited in the angles given, or too low res. But now that you bring it up, I could use theirs as a base and then some other off-angle images for reference. Maybe? 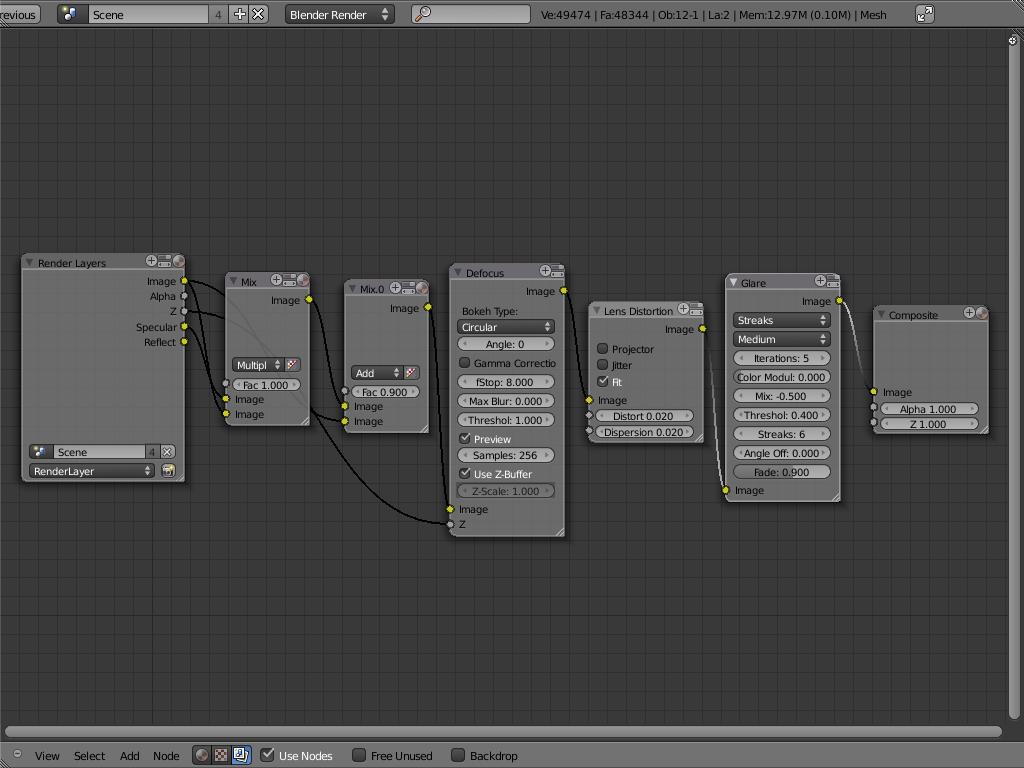 Well, I didn’t really use a tutorial to learn how to use luxrender, but it is a very simple process. I found this one, which is pretty good at explaining how to use it: http://www.blender3darchitect.com/2009/05/getting-started-with-blender-3d-and-luxrender/

Basically, you just need to get luxrender and run the luxblend script in blender. This gives you a UI to set your materials with, etc. Then you click on each object, go over to the UI panel and check that it has the right material set. LuxBlend should automatically get the right materials for everything. If there are some objects which don’t have materials, you need to set them one. Then go to the Output and System tabs to check that you have the right output image set, as well as the right path. I usually use one of the rendering presets for the right settings. Then just hit Render and LuxRender should come up and start rendering. The main downside to using unbiassed renders is that it will take absolutely ages to render, so you might want to preview it first with a smaller image.

love to see this finished, keep it up

my only crit is that the iron material needs some tweaking. It appears too bumpy, leather-like. Try using different shading models to get it right. Being machined iron, maybe it needs some anisotropic highlights.
Here other examples. 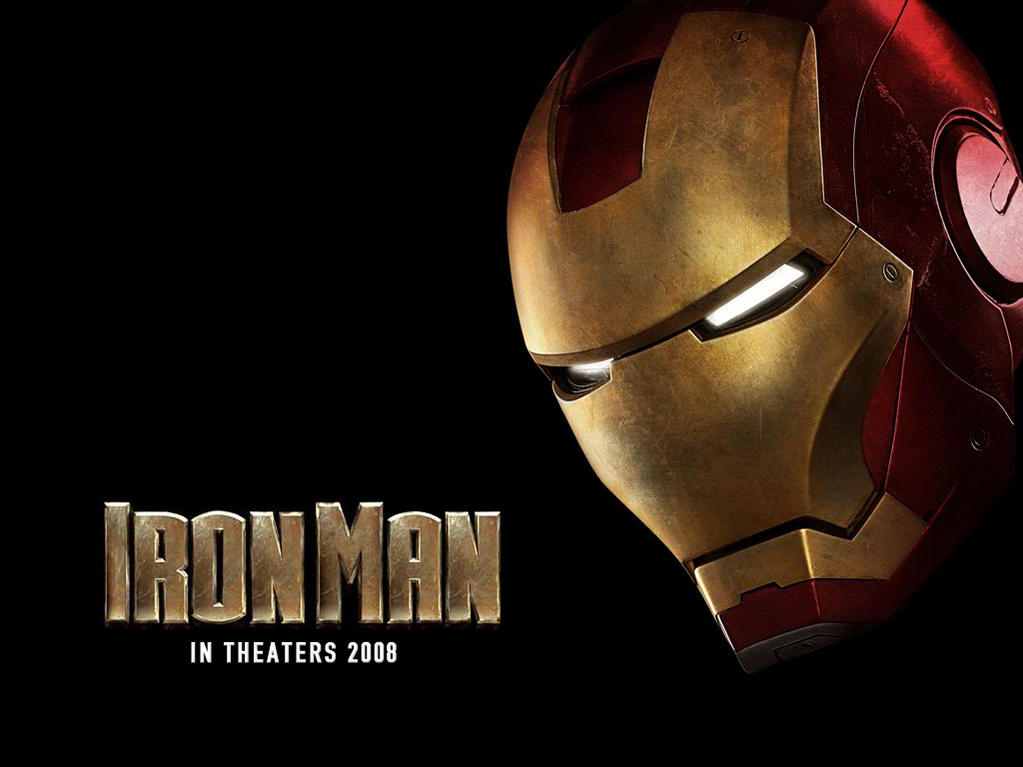 Okay so I know it’s taken forever, but I’ve been having to balance this project with a play that I had a lead role in and school stuff, so be patient with me.

I haven’t really been able to find very many good reference images for the body, so I’ve just been perfecting the helmet shape, texturing and compositing. Because I haven’t been posting regularly, I’m just going to post all my renders since my last update. If anyone has some good (high res) reference images of Iron Man’s neck and shoulder area, I’d greatly appreciate it! Thanks for the help guys! Comments or critique? 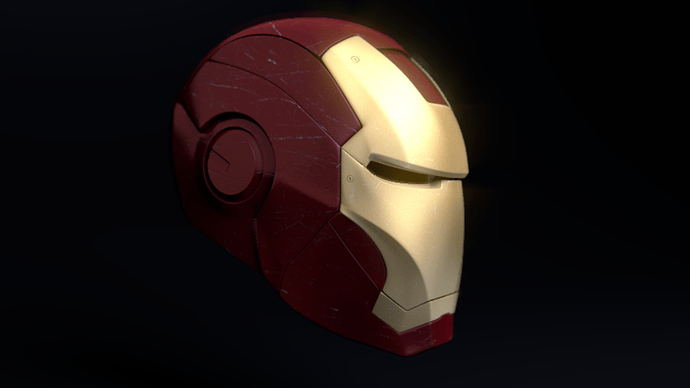 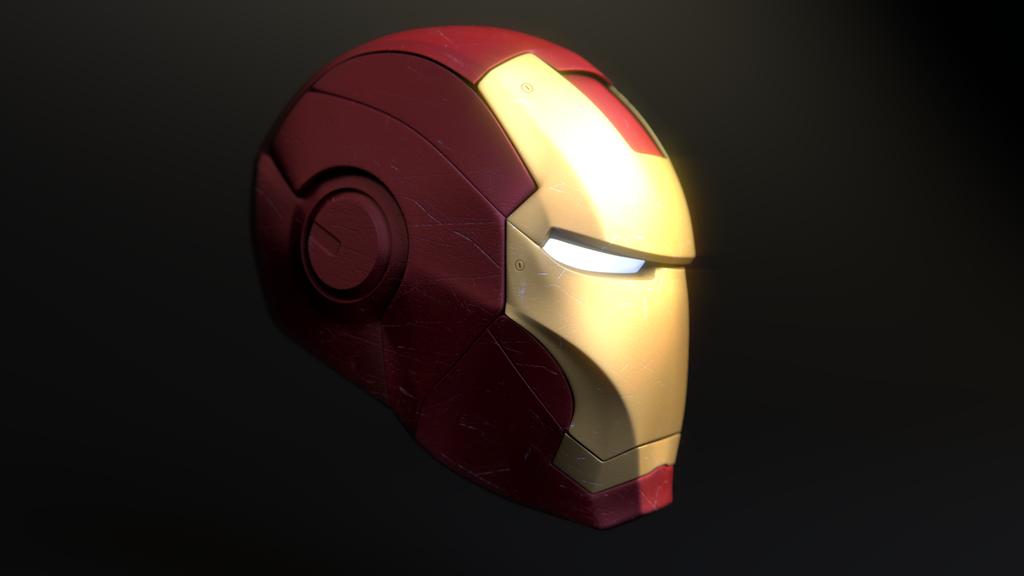 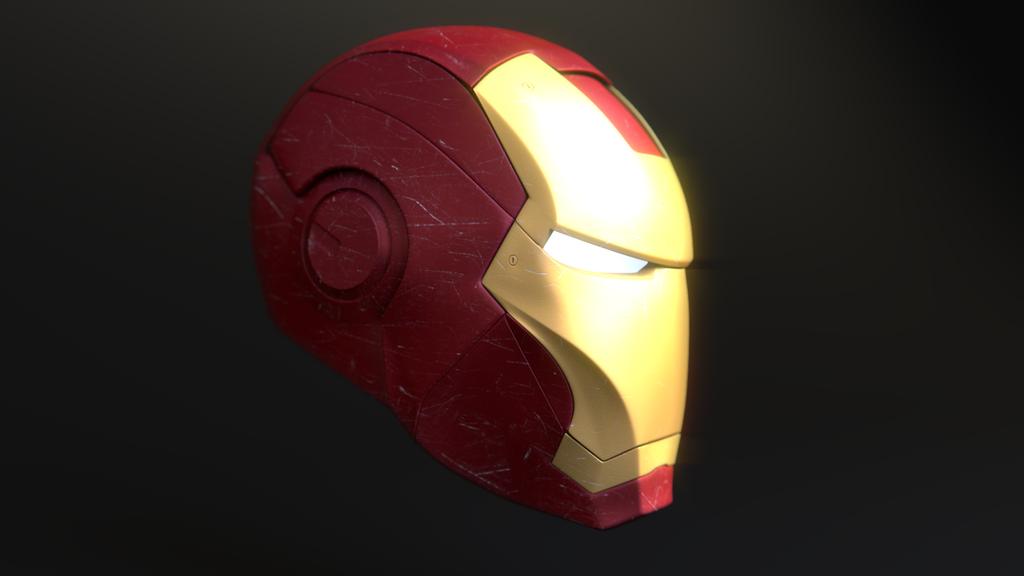 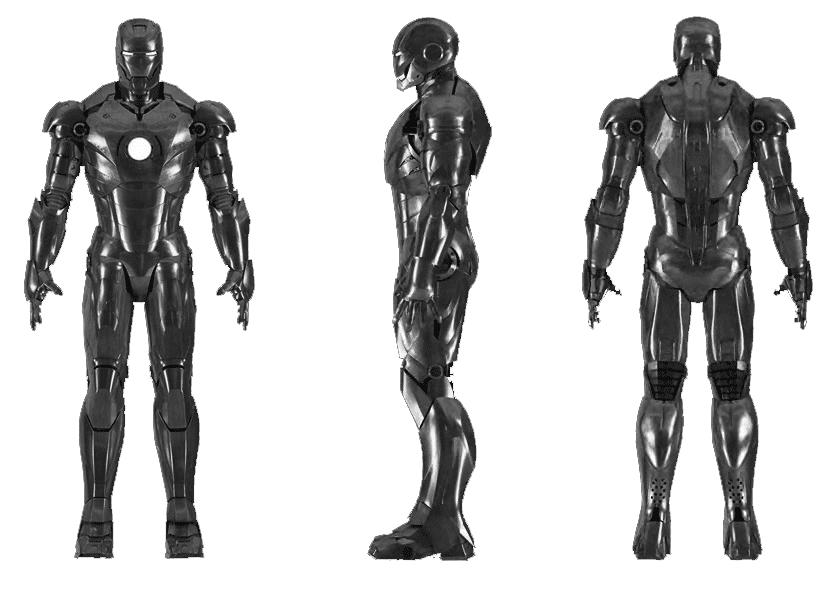 http://www.wallpaperez.net/wallpaper/movie/Iron-Man-watches-1608.jpg
Bam!
I dont know if you have this already, but I think it shows a fair amount of his neck! 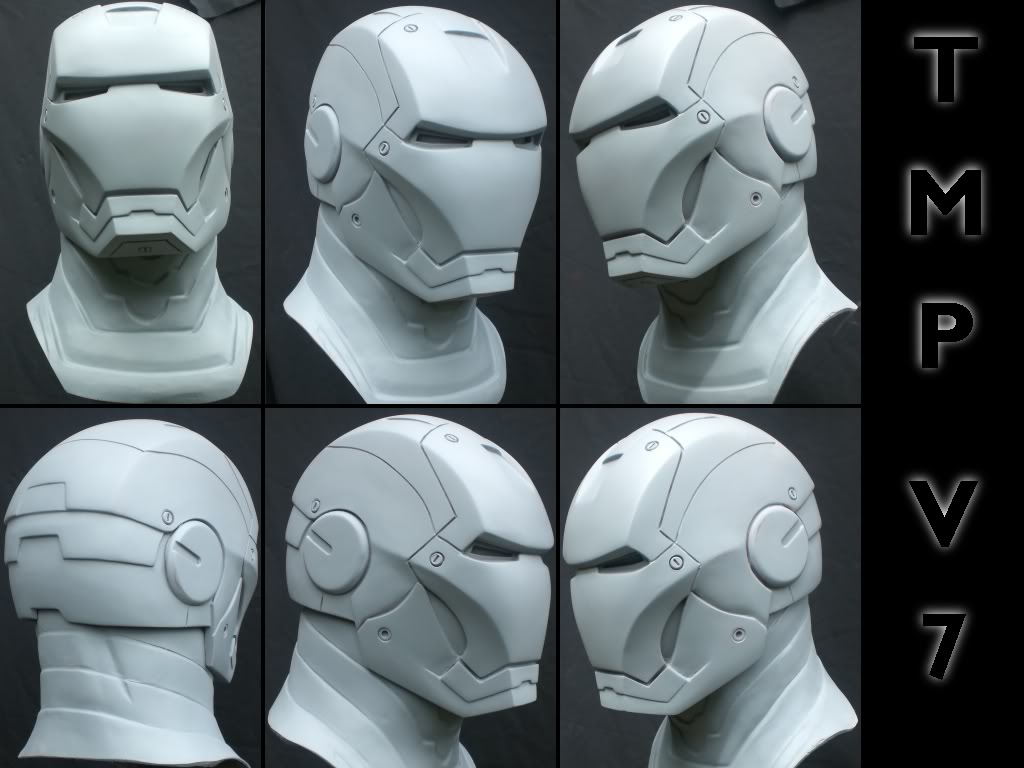 Google something like “ironman wip” and you will go to a lot of wips with renders that can be better reference that capture photos from the movie even.

it’s looks good~
I have created an Iron Man before, hope my hand paint blueprint could help

Sorry for the lack of updates, but I school and stuff got in the way. I know it’s not much, but what do you guys think? I’m still trying to come up with a good material for the metal. Anyone got some good ideas? Also, does anyone know of a good tutorial for rigging using constraints? (Such as the fingers, where the little parts in the joints of the fingers would have to move along with the regular finger digits.) 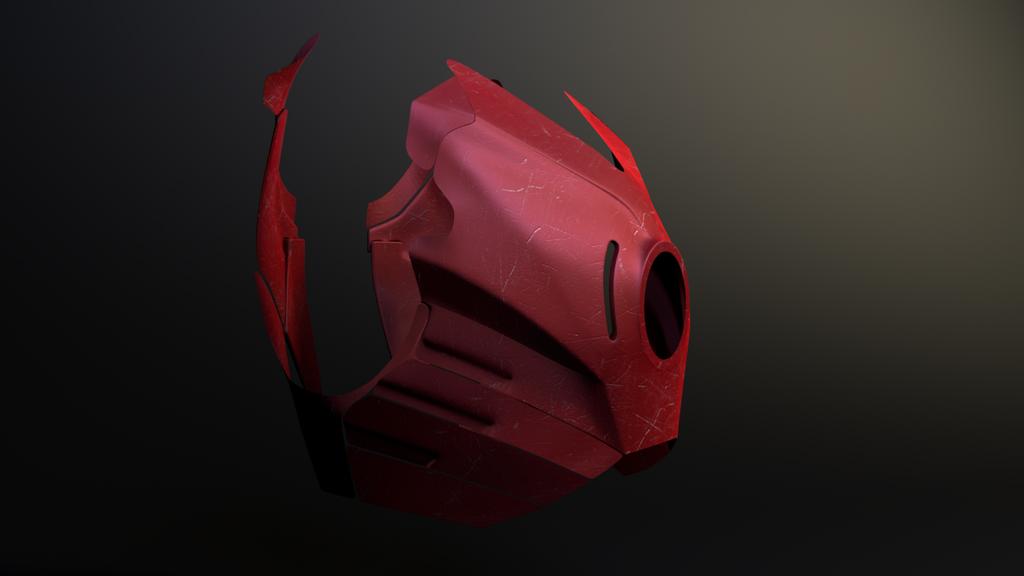 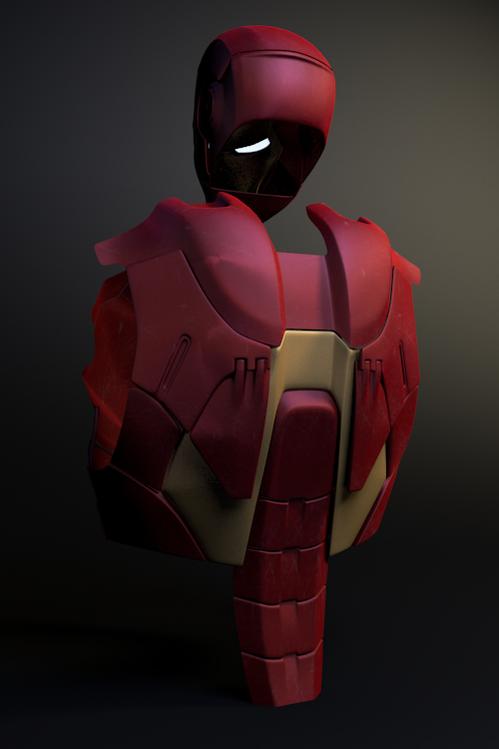 A couple of updates. Sorry for the less than complete render on the second picture, but its render times are getting too long. From now on I’ll be posting screencaptures from the 3D workspace instead, until the final render. Any tips or critiques? 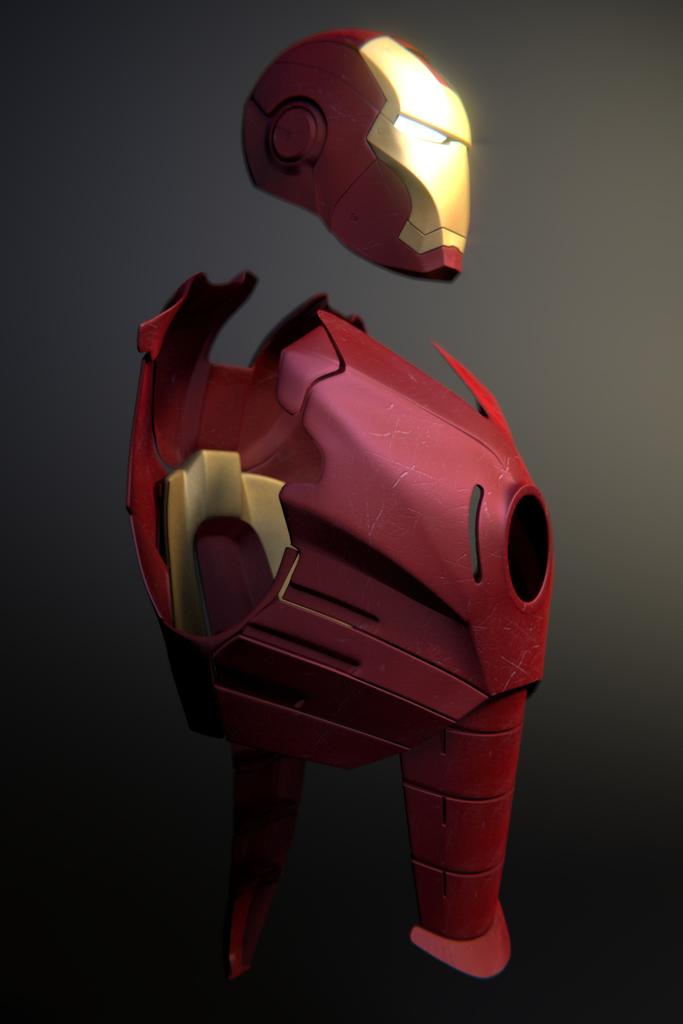 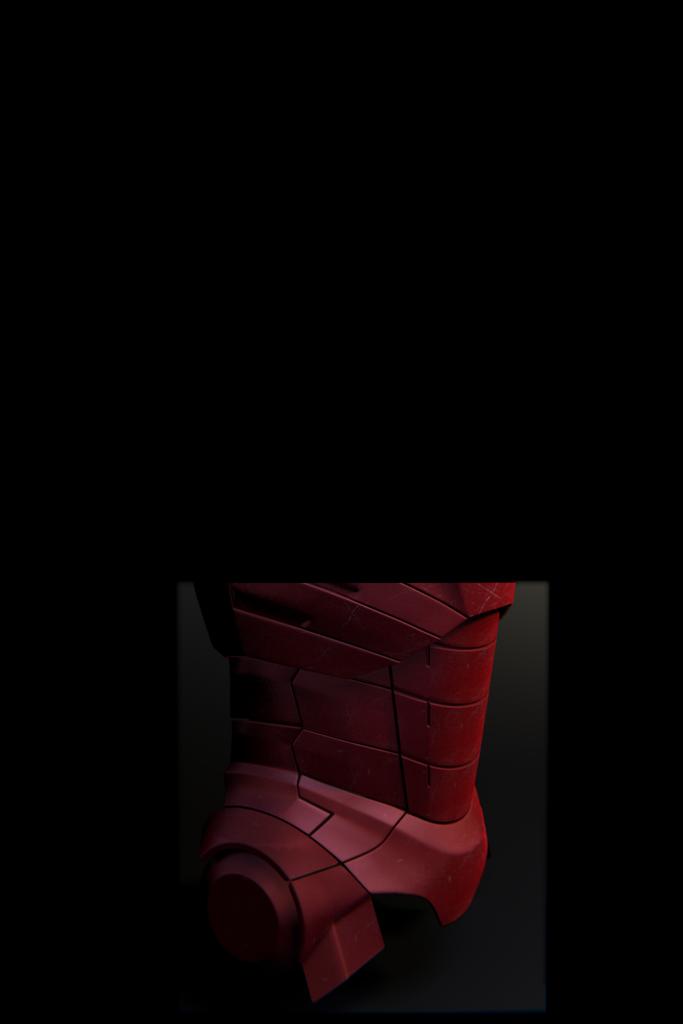 noooo >.< but you have such pretty renders. Really, these are some of the nicest wip renders i’ve ever seen, instead of the usual AO test renders. Well whatever works for you i suppose

The modeling here is excellent so far. I await the next update