Is a light refracting material possible

Hello,
I am investigating a way to use the texture below so that it adds a refraction to a plane when light passes over it. 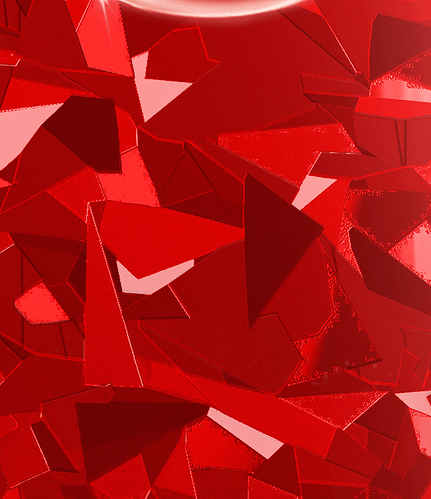 The goal is to have the light refract similar to the photo below as the lamp passes over the deplacement texture above. That is a reflection effect - not a refraction effect. Refraction occurs when light passes through a material.

hehe!!, well… for diffraction grating, the phenomena is basically the same… with the only difference that refraction deviates the rays by the IOR, and they go in the inside direction.

In the OP’s example (second image), it is in fact a diffraction grating… and to answer OP, a physically based shader for that phenomena is not (yet) in cycles! (yes, i’m allmost there!

The OSL shader, or the complex node setups for GPU from me or Microno (I don’t recall if he ever published his) are the nearest ‘physically’ based shaders you’ve got. (check IkariShinji link)

There are other alternatives, like plausible ones (as from moony), to reach a similar effect (we must admit, that nobody really cares if the grating is 1k or 2k nm width).

Returning to the initial post, for what I think chlowden007’s looking for (by the first image) is a bit more complicated to get with a shader (not even abusing the ones we already have). it’s about spectral dispertion (with refractions and inner-reflections) on a virtual volume than is in fact just a triangle. This can only be faked. Even programing it as a new shader, would end up in fake results…

And that leads to moony’s shaders being more ‘comfortable’ to get the desired look.

Thank you to you all for your thoughts.
From what I understand of the printing technique, on the card board box they first print a “substrate” that is a reflective surface that also has the crystal design incorparated into it. Then there is a red film printed over the top that has a “diffractive” grating system in it. Then they print the logos on top.
Logically, the light goes in through the red filter, bounces around abit and then comes back out depending on the angle and intensity of the light. As there are essentially 3 layers, I naively thought that I would them as seperate meshes and have an appropiate material … but as I have discovered, things don t work that way for me.
I will check out the links … Also thanks for introducing me to the right vocabulary