Is Spiderman into the spiderverse possible in Blender?

Wow this film looks so great. I’m sure it’s possible in Blender but I’m not sure if there is someone with the time to work on a scene like this.

Yes. Hopefully someone tries this and does a tutorial about this. Stylised animation is picking up. Realistic animation is kinda boring these days.

I wonder if this has been done before

. This is from Team Fortress 2. They used the source engine. I love the way the colours look.

The paper look would be great for a 1950s story.

Those scenes are using hand-painted textures most likely.

hmm… and probably no sss?

I worked on this movie! Used some blender and modo for concept art. The final renders are done in Arnold + plenty of compositing though.

So, we can count this as Blender sighting in movie industry production ;p

Yeah, something is ringing in the back of my head regarding Wonderwoman and Blender. Anyways, nice to see it here also;-) Now enough of this OT.

Design and Art for animation, games and feature film


where he posted how he explained the rest of the team how to achieve the look of the film
at least the basics
sundialsvc4 (sundialsvc4) January 4, 2019, 2:49pm #34

There’s a lot of good detail in some of these drawings which point out the major elements of the trick, which is intended to give the somewhat-subliminal impression that you are watching a comic strip.

The film-makers purposely took visual techniques from the print medium and created them in film, bringing a graphic novel to life. Peter Parker in frame #1 is not depicted as a human actor, but as a three-dimensional comic book character.

I’ve seen people posting their own types on Twitter, here is one that came up today, 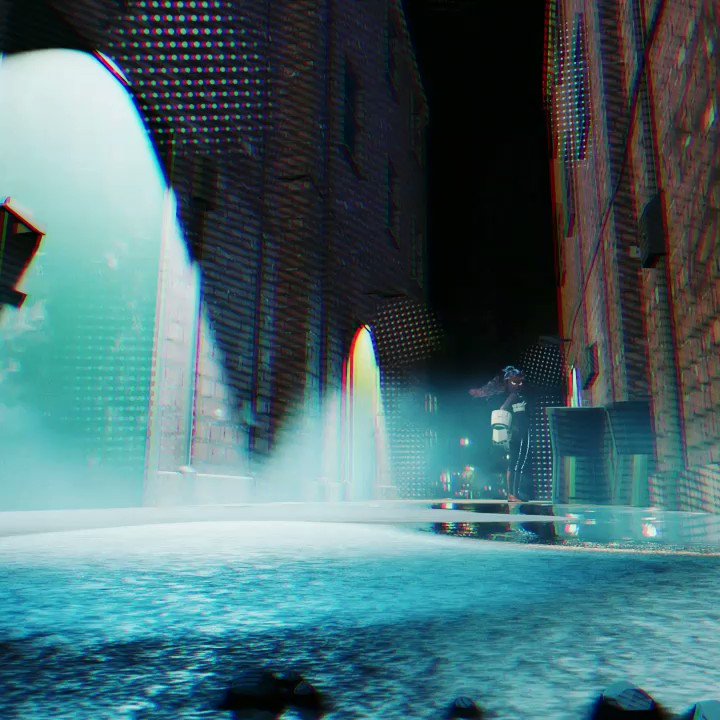 This guy Nailed it…
pulled 3 ramps from a model… highlight, mid tone, shadows, then created ranges for the 3 that drive 2 circular and 1 vertical ramp, then alpha them through another ramp and camera mapped onto the mesh. but the problem there I think would be if animated the halftone would not follow the mesh, and it did in the film.
does anyone out there know how to translate the Arnold node into blender node… ? I had a try but can’t really figure out how to create a “circular” ramp. or a vertical one for that matter

The 2D-3D look is possible with Blender 2.8.
You can animate the characters in Blender and add those details in facial expressions with GreasePencil.
But I don’t think that depth of field effect used in this film would be possible in a single render because except the foreground the rest of the frame is not blurred instead the colors on them is little bit out the objects just like the old comics used to miss print some ink.But with several years of experience in Blender someone or the other must have a smarter way of rendering it out more efficiently.

There is an intresting Arnold tutorial how to create those shaders, maybe this can help as a reference:

That shader setup breaks down in Cycles immediately at the first node, as we can’t do a lambert utility shader. You could get around this using a prepass or bake maybe. Also I’m not sure about the camera mapping. Although I attempted to setup a pyramid mapping a long time ago, I don’t know if it works properly or if it works using external coords.