I’ve been using Blender 2.79 on and off for the last week progressing through the infamous donut tutorial, however after opening up my file this morning I’ve been met with a sudden wierdness that I hope someone can rectify.

If I open up blender via its shortcut ie not opening up a .blend file everything works perfectly, no issues whatsoever. Which rules out any conflict with GPU drivers, Windows settings etc.

However when I open up my donut file that was last saved yesterday, it now suddenly opens up the interface but also alongside another window filled with black, sometimes a white window with a small blender logo in the middle.

Something in this recently saved file is causing the issue as opening up the application via its .exe shortcut works perfectly. I have attached some screenshots and thanks in advance. 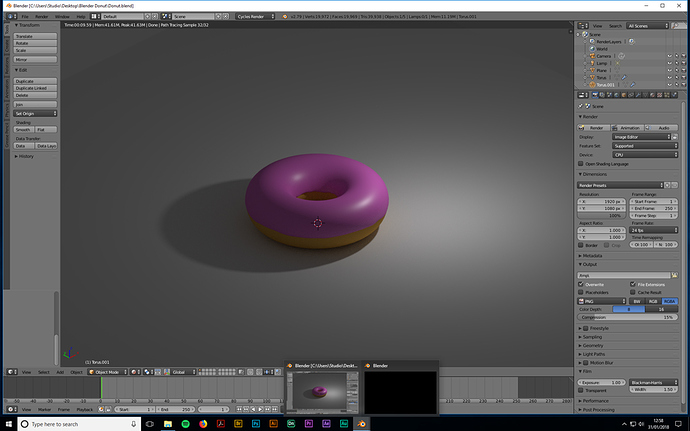 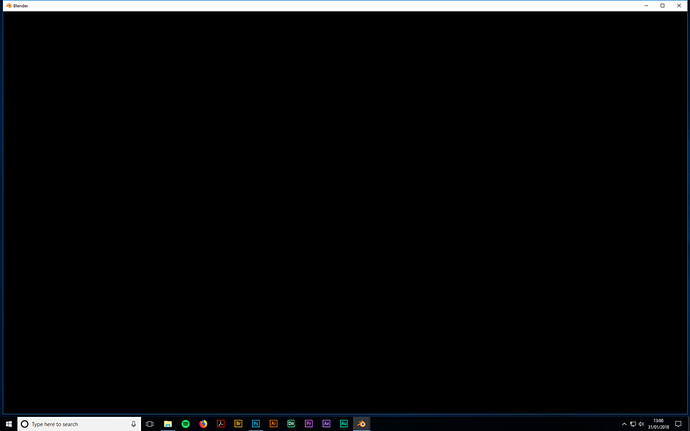 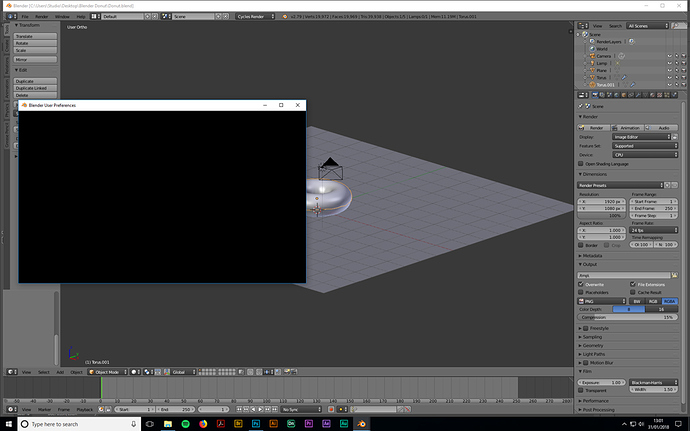 Just as a side note - The autosave .blend1 file opened up without any issue. So as a workaround I used that and saved over the original file. I still have the problematic file and its autosave backed up on a storage drive so if any devs want to have a look at what might have caused it then I 'd be happy to send them over.