I’m posting a render of a Jack Pine Model I made for an architectural project. It’s meant to be about a 3-second zoom in a flyover. I can’t make it much bigger in Megs, because I’ll need several of them.

On the way to creating it, I created a tree fern and a yucca plant.

I’d like to know where to upload these models. 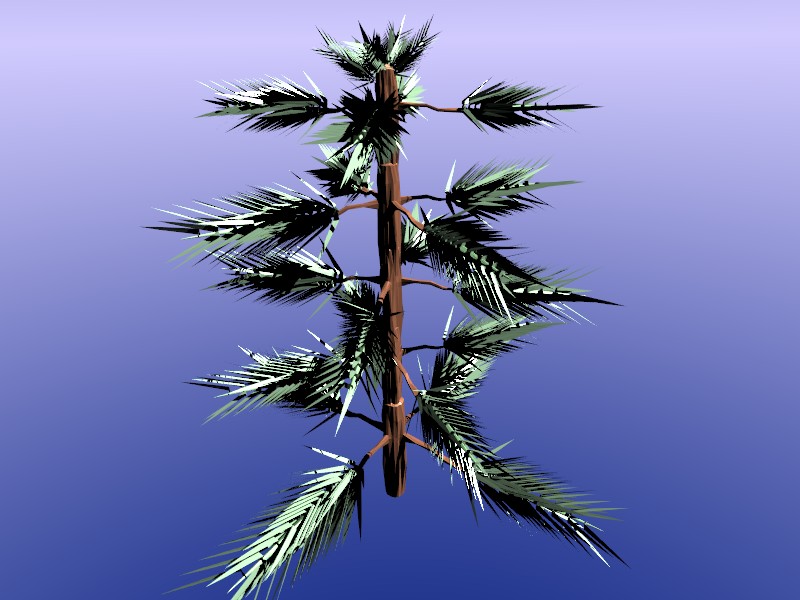