So I’ve decided to model the Jaguar XKR-S.

I’ve managed to make the hood so far. 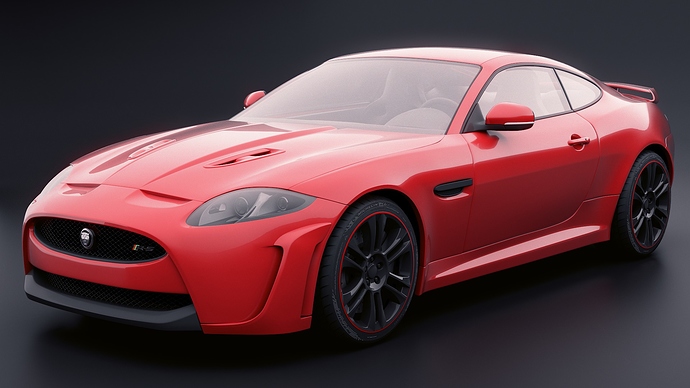 the set up is really clean. I’m looking forward to seeing this.

Could you please post some viewport screens to see the wires from there also?

Could you please post some viewport screens to see the wires from there also?

they are screens from viewport i don’t get it.

can you please post a screenshot of that material,it looks great

to Kramo: I think that miskolciart thought screens in edit mode

Sorry I meant the one from edit mode

Do you tend to use N-gons a lot?

I use ngons to lay the foundations, then I use the knife tool to make the edge flows and topology. But in the end, the mesh only consists of quads and tris.

At this rate I’ll have to model an environment for everyone’s cars to get rendered together. :evilgrin:

before bed? you’ve been working 23 hours on this?