What do you think of it so far? I sort of think the moddeling is Ok for now. (At my level).
I would appreciate tips on materials & textures. 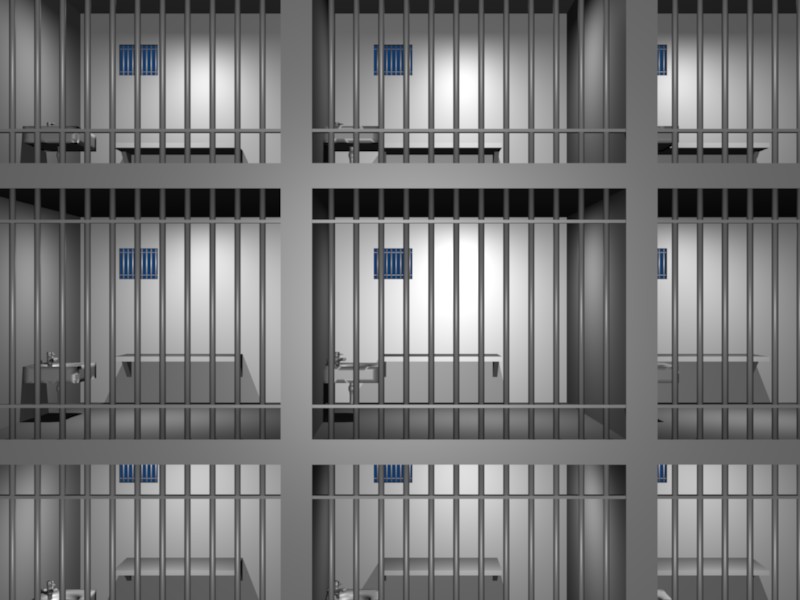 I’m not being funny or trying to be clever, but how you ment to enter the cells or get onto the top floor. It looks like the cells are dulicated. Try giving more character to different cells making them their own

On the bars I would try adding some more vertical bars.

Keep it up, not to bad work. just need more in-depth detail

Yeah, I agree, it would look cool if the cells were slightly different: Maybe clothes strewen on the floor or something.

Also I’d add a couple of colours to the scene.

Also pay attention to the walls themself. Make some wires, pipes or some another detail there to give it bit more depth.

I think that it is too clean, try to put there some dirt

Don’t forget to show where light come from in each cell, or it won’t look natural.

StaR: You’re right, I still had to do the doors. Forgot to mention that. For entering the upper level

I added a ladder… Might be a footpath later on.

Cuby: Yes, I’m at least gonna mirror the cells, so they aren’t 100% the same. After that I’ll try some more, like chairs in other places, but i’m affraid clothes are too difficult for me yet…

Exitialis: You might be right with the pipes, but wouldn’t that be stupid from the guards, to have pipes in the cells? I mean, the people could do strange things with it…

TomP: Some dirt, how? If you mean a heap of sht, i’ll try

It’s being very very busy here at school for me, (or at least I think so), but I hope I can do some things meanwhile.
Thanks for the comments

I mean that this prison (if it si a prison) looks too clean and new. Try to put there some grease, grime and some brown stains.

I mean that this prison (if it si a prison) looks too clean and new. Try to put there some grease, grime and some brown stains.

That means working on the texturing, more specifically, UV mapping, for more accuracy.

Just an idea, in passing, I was thinking of a futuristic prison, with no ladder or anything, but a big leverage machine used to access cells. So this machine (or at least on part of it) could show on the foreground…
Ok, that is just my evening thoughts. Don’t take them for granted

Then they could beam themselves in too

UPDATE: New image: Some more meshes, no materials yet. 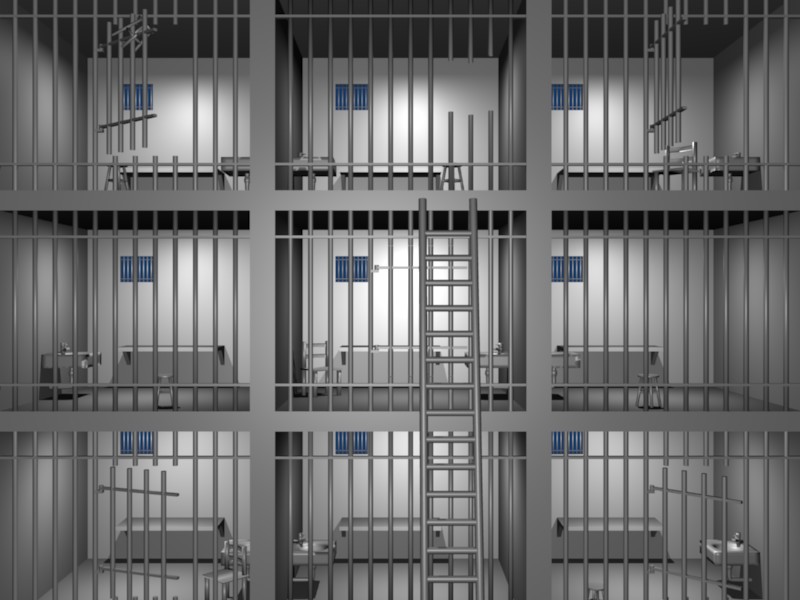 Replaced the small iron bars for fresh air by fans, and made lamps. (TL-lamps).

However, the effect isn’t that great… Any tips on doing this? I made an area lamp as great as the meshlamp, with strength 0.05. This lamp is in every room.
At last I have 1 normal lamp (without shadows) behind the camera.

This picture shows the middle room is too bright, this is because of this normal lamp, to light the front of the rooms. However, if i put it more to the back, so further away, the iron and the walls get too dark… 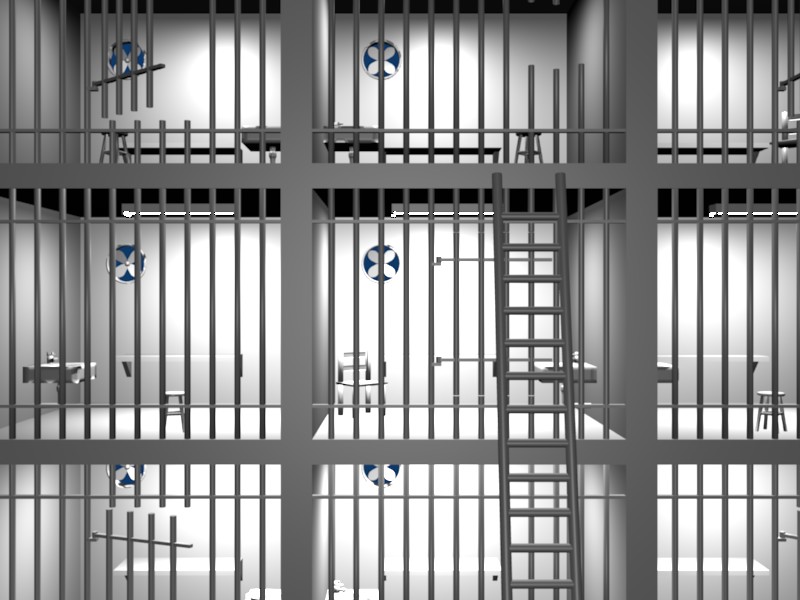 No-one got tips on materials? I really am not good at them, so any help would be greatly appreciated…

Well theres nothing like the good old triel and error way.

But aside from that, it could be kinda cool to have the bedding in black and white. A simple one might be created with a wood tex. And the walls need some kind of tex. I’m thinking dark and gloomy, so i wouldn’t change the color much, slightly grayer might be all. But you need to do something about the wall shaders, theyre just waaaaay to shiney. Reducing specularity will help a lot. A bump map on a few things might also be good, i kinda image the walls as dark, yet bumpy.

This is just some initial thoughts, just say it if you need more