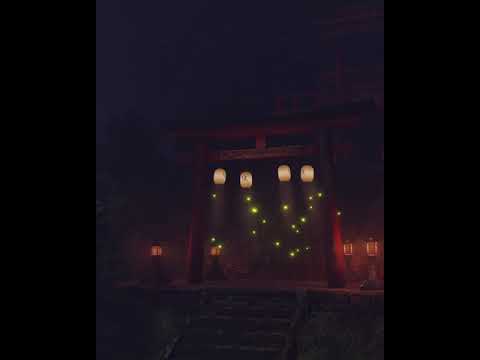 The shrine which had seen several pilgrims with a variety of dilemmas, dreams, and odd requests from these noble souls, never had encountered a request which this young boy had. He was shivering in the cold winter, standing under the moonlight with glisten in his eyes asking for something that would leave everyone baffled.

He crossed hundreds of kilometers to come from Tokyo, the heart of Japan to this small town in the outskirts of the isle.
He stood in between the rustling trees, and the song of cicadas, with his fists clenched as tightly as possible.

Taki-kun asked gods to let him see that girl which he cant seem to recall, but remember in his dream like memories. He woke up with tears in his eyes, without knowing why, and all he could remember was that red ribbon she used to tie her hair with.

Mitsuha was starting to climb those very stairs to pray as she did every night, she felt something very nostalgic as she gazed upon him, but even she had no idea of where she saw him, or who he was, she knew that he wasn’t from this town, so she kept her distance and hastily started to leave as soon as she was done with her prayers. Suddenly a wind blew and undid the ribbon tying her hair, and started to flow towards Taki.

He hurriedly locked his eyes with hers and felt a connection that he has never felt, did he find that someone he was looking for, or was this just a coincidence…