A question from beginner:

I want to group some parts of the model and I know how you create groups in Blender, but I can create a group as in 3ds Max (one gropu-object for move, rotate and scale)? it’s possible?

End of the front part of Willys 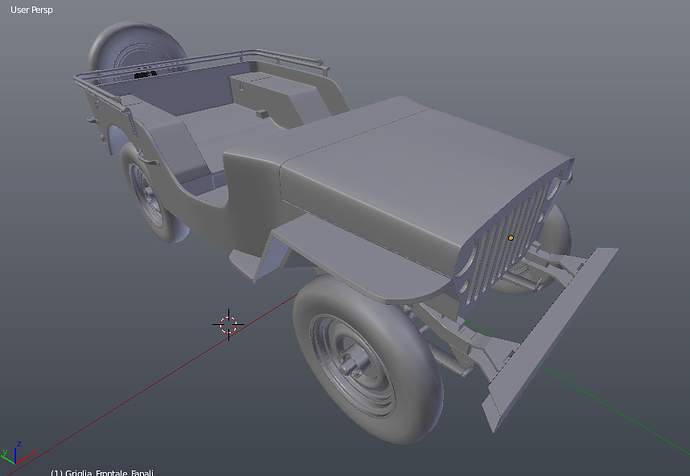 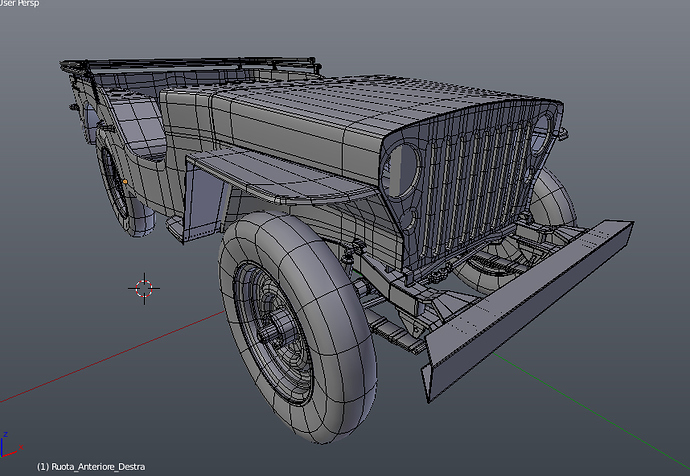 Created and made the dash of willys. From now, addition of details… 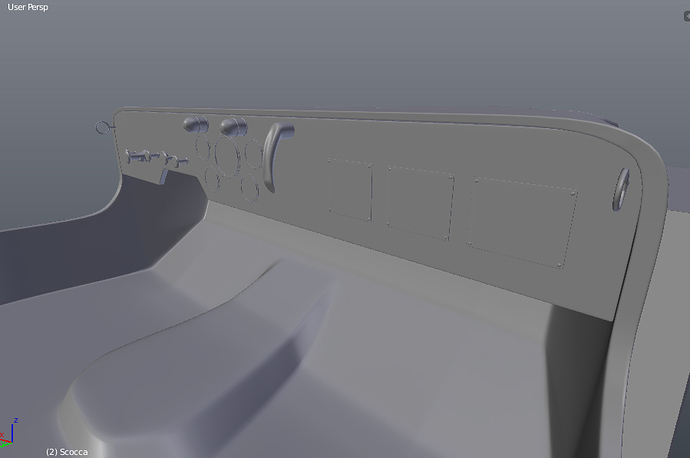 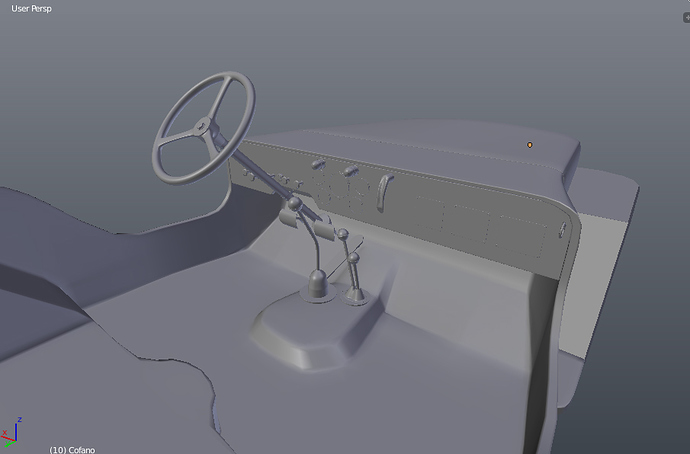 Completed the modeling of the seats of the jeep and I have not detailed the seat covers. I think to use a normal/bump map for the details. The w.i.p continue… 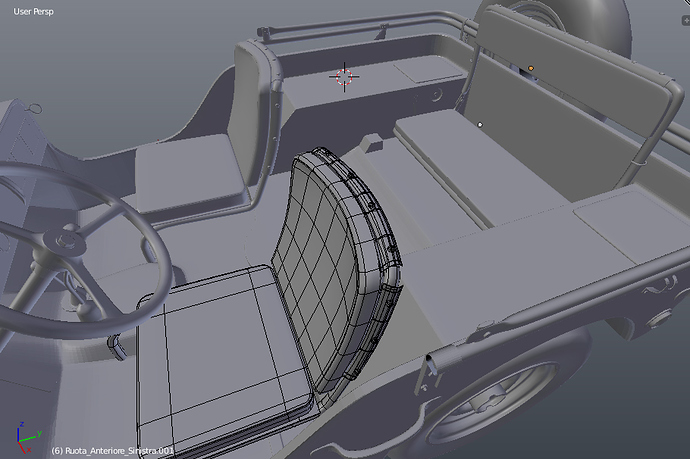 I use a sort procedural cloth for it which looks nice on the seat
from Elub thread !

my model was more med res 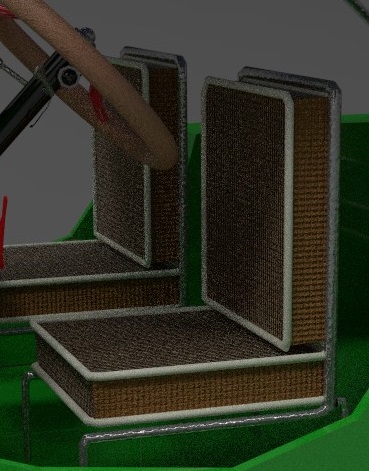 Thanks for the tip RickyBlender. I run to see the thread

Thanks again for the support!!!

Nice thanks!!! Truly interested in the construction of the material (I have been using mental ray, but I must say that Cycle material is really good) thanks again!!

A question from beginner:

I want to group some parts of the model and I know how you create groups in Blender, but I can create a group as in 3ds Max (one gropu-object for move, rotate and scale)? it’s possible?

Hi, yes, create an empty object, select all objects of your group, add the empty to the selection last, then press “P” (Parent to Object, keep transform).
You can also use the car body instead of the empty. then when you rotate, scale, move the empty or the car body all objects will follow.

You have literally saved my life! ahahahahahah

you could also join many objects if not most of them!
but depends on the workflow too you like!

did u began playing with cycle mat ?

I began to see something, but I did not understand anything !! hahahahah

I have to understand one things:the construction of the material (in blender is not so practical for me)

A week and I think to finish the willy’s, then I’ll jump on the unwrap and material… I hope for the best!

you can also look at more advanced nodes in Elub thread and ask questions !

I started watching some tutorials and help for the material. Your tips are very useful, and I will follow them definitely

Now my goal is to finish the modeling, the second step is to know the unwrap in blender and the third step is the construction material.

I hope that the Blender/World/user can help me in this long journey!

for the seat it does not require UV unwrap
this is procedural texture !

Yes, I have noticed that it is a procedural map (very cool). As mentioned above, I find it really interesting links that thou hast provided (blendswap and @elbrujodelatribu material tread), and they are to be studied in depth

awesome modeling!
Keep it up!

awesome modeling!
Keep it up!

Thanks for the support ToshiCG!!

I started to add details. In this case the hooks to the bonnet and the headlight upper 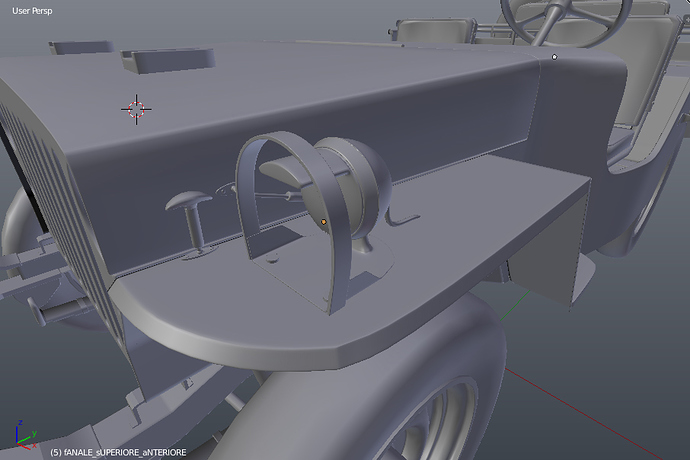 did you find a real model for these headlight lamps

very strange shape and not certain what mat