Watched John Wick the other night and loved the lighting, so tried to produce something similar. This is a sort of ‘after he left’ kind of shot.

Blender 2.8, LuxRender for the render as it looked so much better, even though I had to switch to CPU rendering, as LuxRender seems to crash out my GTX1060 when there are too many bump maps. 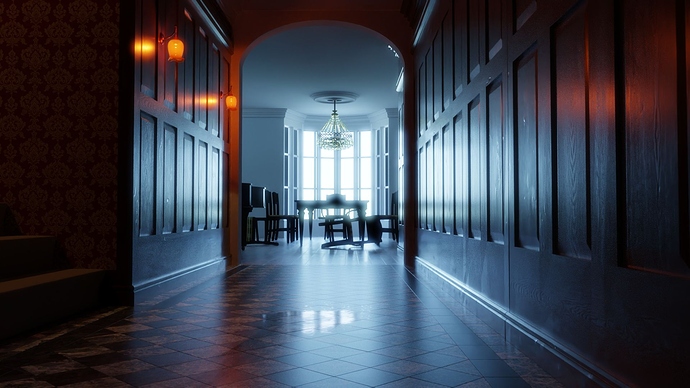