Well, this is not very interesting, but I thought it would be fun to try, and it worked out exactly as expected. A screen made up of a bunch of red, green and blue LEDs, in very large pixels. You can probably look at this and figure out exactly how it is done.

Finished Projects because I don’t plan on making anything more from this right now. 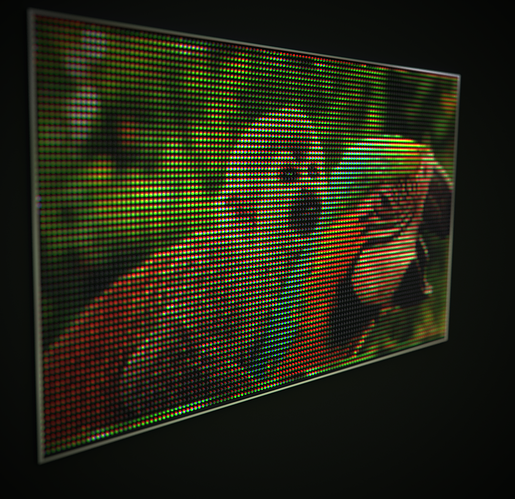 nope don’t really know how you did it… but I’d love to hear:)

Is this an array of pixel shapes with projection mapping, shifted color channels in the compositor? Would you mind sharing the blend?

great result, you really nailed it!

You basically got it. I modeled an LED pixel with 3 little LED meshes. One red, one blue, one green. Each with the corresponding emitter material. Made an array 128 x 64 of these groups of 3. Applied the array modifiers and then projection UV-mapped from view.