I am currently creating a cute pomegranate character, and I am in the animation stage. More info on the project here: Modelling, texturing, rigging and animating a character from scratch!

I need some help improving this jump animation + the camera animation. My goal is to make him seem clumsy, but with a positive attitude. Critique of the splined animation would be great, but I also appreciate critique on the latter part of the animation which is only in the key pose stage. 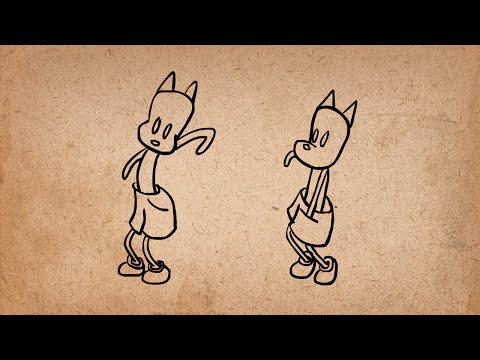 Everything else looks good so far

Thank you for your feedback! It helped improve the animation

The first version of the full animation is finished!
This time, I would like some critique on the part after he has landed. I had some issues trying to make it look natural. What do you think?

Pomegranate Without Phyics GIF by Even by even572

It looks better but there is still room to improve this. image810×488 47.2 KB
In this pose weight feel off.
95% of this character’s weight should be inside his head/body. This means, he shouldn’t be able to rise his leg up like that without falling over to the left. In the stillframe it’s not that noticeable. It’s better visible in the animation.
You can try to move his body to the other leg so it looks like it can support it: The other thing I noticed is that when he lands his legs are already fully bend. If you try to jump in real life (even from 1m) with bend knees while landing, you might hurt yourself a lot. That’s because they can’t bent even more when they hit the ground.

This moment in the animation is actually hidden by the camera movement. Camera is slower then the character, which is tottaly fine but before character’s legs go out of the frame and after they appear again they are all the time bend and it looks like character didn’t managed to streighten up his legs in time.

You could fix it by chaning feet posistion just before landing. Something like that: Awesome! Thanks again for the feedback. I am learning so much

I have to go to sleep for now, but here is where I am at: