Any feedback on this flag I made? 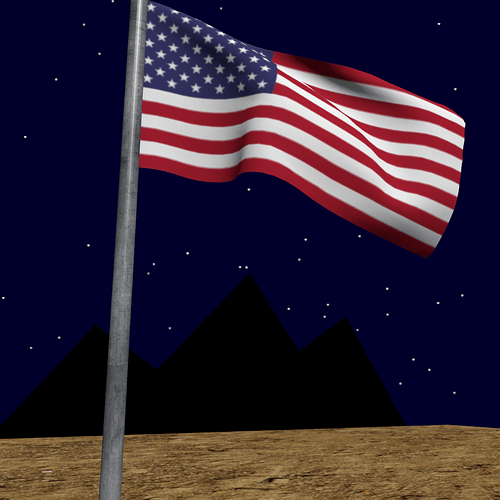 Well, its a good start, but heres what sticks out to me. First is that the flag is attached directly to the pole which also cuts off the flag image that is pasted on it. Second is that the image you used seems to be very low res, and as a result the lines separating the different areas of color are blurry. The flag also has no texture so it looks very flat, plus the flag itself seems to be just a plain so it has no physical depth either. Also might want to give it a slight translucency (you’ll probably have to place a light directly behind it and play with the values to get to look right) Last is the background, is it temporary or not finished, because the flag doesn’t seem to fit with the background. Also your texture on the pole, make it effect the bump slightly, and maybe the specularity too. Good start though, and happy blendering!