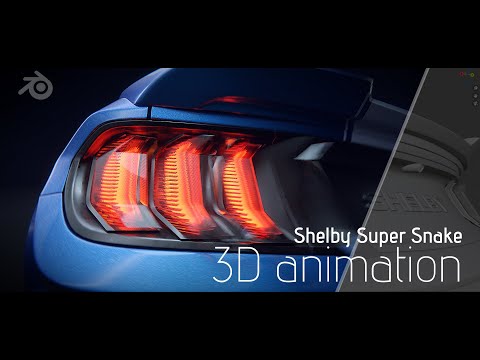 I made a breakdown/tutorial for the animation. If you want to, you can check it out here: 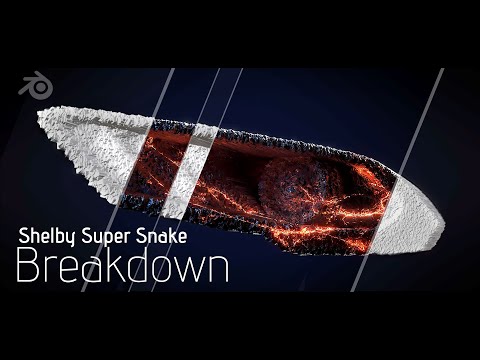 So a loooong time ago I started working on this Shelby Super Snake model and my plan was to make an animated short film showing off the car. I didn’t really have a plan at that point about what the story of the film should be or how I wanted to do it. Instead, I decided that the best way to go about it was to just begin making it… Turns out… I was very wrong.

So eventually, I lost interest and motivation in the project as I didn’t know where I was going with it and it didn’t really have any meaning or story to it.

But then one night I sat down, collected all the shots I had that far, opened pureref and started going through the internet for car ads. Heavaly inspired by the “The Crew” trailers made by Unit Image (Those guys are amazing), I made a storyboard of the film inside pureref by taking screenshots from videos, stock images, links to videos and text notes. To plan out how I wanted the animation to end up.

I ended up cutting the entire ending from the film, as it took longer to produce that I had thought, but this process helped me spend my time well and not spend time animating stuff I would cut from the final film anyway.

I used Houdini, Blender and Megascans to create it. Everything was rendered in cycles and comped together in the compositer. I ended up added a few effects in After Effects in the end. Some of the most problematic shots were the desert shots, so I ended up fixing them up in after effects by adding a bunch of mist, fake lighting and some volume effects.

I found that even though mantaflow creates super cool smoke simulations, it is very hard to art direct the look and motion of the smoke. For that reason I ended up exporting VDB sequences from Houdini and rendered them with Cycles (Without motion blur :’( - I think it’s not supported yet).

Thank you for checking out my project.
Hope you are all working on some cool stuff during this weird time, where we are spending so much time at home. Great work @Dan80 !
I was totally sold on every effect, even the details (dust) behind the wheel on exteriors. Great stuff.
Congratulations. Great research as well.

I love this!! Great work, top notch rendering and effects.

Nice work man!! please do a tutorial if possible of the animation (i guess you done it entirely in houdini or used also blender in some part i guess?), awesome model as well it must have a good topo!

Thank you David! I am so glad to hear that.

I had a lot of trouble simulating it as the car was moving so quickly through the scene. Using substeps just didn’t work, so I had to speed down the entire animation 10 times - Also the domain had to be huge. So it was a tiny effect that took a long time to create.

Thank you!! It means a lot

Thanks man!! Yeah, I am actually working on a bit of a breakdown of the film today. The first shots of the dark mineral stones was animated in Blender, but the mesh was generated in Houdini. The dust simulations were done partly in Houdini and Blender, but it was all rendered with cycles

Awesome job and very professional result.
Will be nice to have more infos about rendertime per frame and maybe cost if it is rendered in a render frame.

Nice ad, I am guessing it took quite a few hours to produce the animation video.

A bit of celldweller, I think I hear there.

And welcome to the community!! I saw that it’s you first post

Wow, thank you!! ^^
It depended a lot of the complexity of the shot. The last shot took around 16 mins per frame on a single 1070 for the main pass plus a volume pass which was rendered from a separate file. - I had to split it into two because I was using the experimental VDB feature, which didn’t work with motion blur. I used the AI denoiser for this shot, which made the bushes flicker a bit - sadly. The studio/dark shots took around 4 mins per frame I think. I rendered everything locally on my laptop and desktop - Both running a gtx 1070.

Thank you so much Eric!

Thanks!! Yeah, it did indeed. Have been working on it for months, so I am so happy I finally published it.
It is indeed Celldweller. It is “Birthright” and when I heard the track I was like… I NEED to use that in one of my films.

That’s amazing ! As a videographer I loved the dynamism and the transition between your frames ! It can definitely be a great ad!
As a blender user … this car paint shader is awesome. How did you manage to get this result ? I really love the grainy effect of the paint