Hi everyone, I am Clive and I am a 67 year old retired curtain making teacher.

I am completely new to Blender. I have some experience with Photoshop and a little experience with Adobe After Effects. I carry out graphics support for my ex students when they wish me to add pictures of curtains to pictures of windows and add furniture to rooms for interior designers. I am a specialist in pleating curtains to the design of the fabric but the problem I have is that I can not draw 3D images of the 4 pleats which are most common nor can I get the fabric itself to fold into the pleating arrangements.

The first two pictures below show what I mean by pleating to the design of the fabric and the four most common pleats which I need to depict in these images. The third is simply a composite of JPEG images to show the simple work that I do to help people. I would like to get much better and really the images need to be in 3D, rotated and scaled/warped to fit into the windows in the pictures I am supplied with from my students.

If anyone can help then I would be very grateful. Thank you ~ Clive 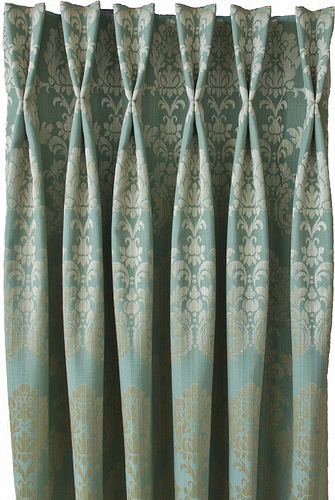 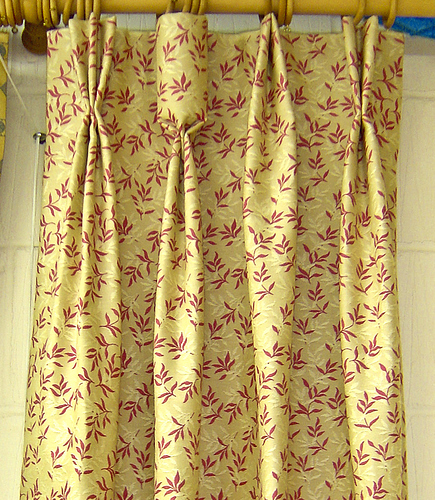 Try posting in the Modelling forum.

Moved from “Basics & Interface” to “Modeling”

One way to model those is to use curves and produce key profile elements, adjust curve resolution and convert to mesh, and then bridge those profiles to a surface. 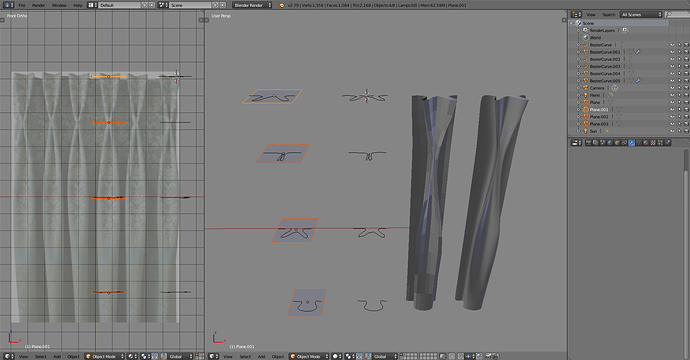 I added planes to those spots and used curve draw, which is curve editing feature, to draw the profiles on each plane from the top view. Adjusted afterwards, and also made sure every profile had same amount of handles. Duplicated, adjusted curve resolution, converted to mesh (alt+C).

Used W -> bridge edge loops for the mesh to make the surface, and then enabled smooth shading. Subdivision level 1 gives more definition to the surfaces but that’s not needed yet 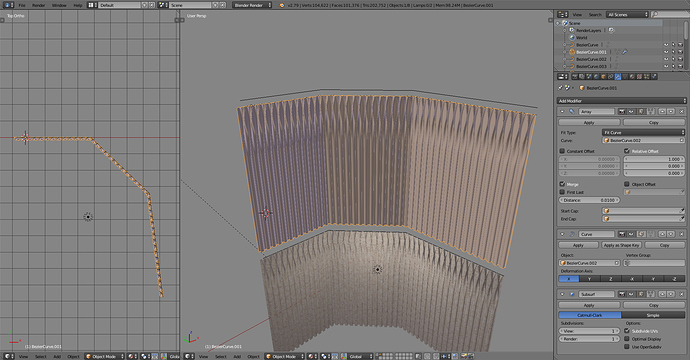 Could then use array modifier to put multiple meshes in a sequence, and a curve modifier to deform those along another curve. The mesh needs to be prepared so that each side is straight along X and Y, and that they’re on the same Y plane. It’s so that array can merge the pieces together 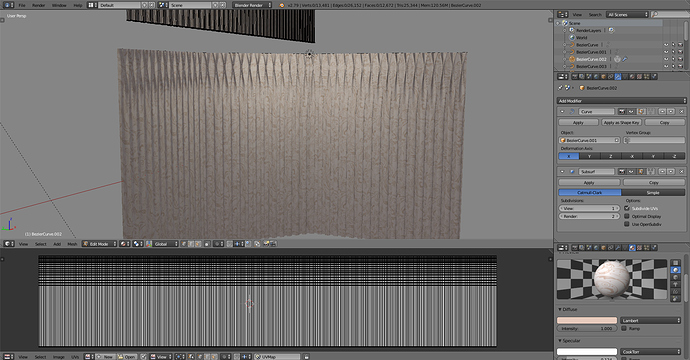 The array could be applied for UV unwrapping. UV coordinates are used to map an image on the surface, which in turn can be used in a texture to influence the material properties.

All of this might be difficult to a new user, and it’s just the modeling part. There is a lot more to it when going through needed parts of these 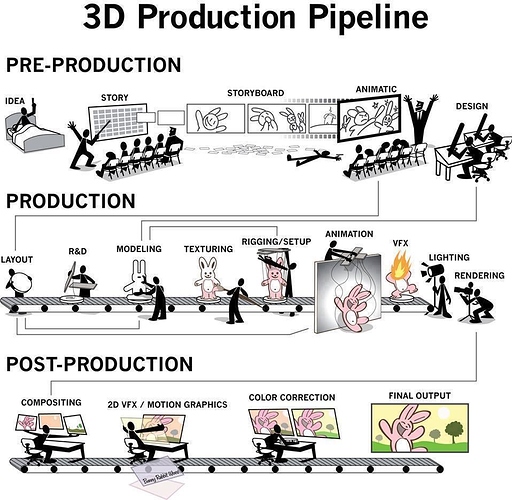 3d_production_timelines.jpeg960×936 125 KB
and it feels difficult because there is so much stuff to learn from each stage. Blender can be used for all of that.

Whew. Lucky for me I was thinking along the same lines as @JA12 with regards to curves. I use a slightly different approach with a curve deform modifier to create a line that follows the curve, then joining lines to form a mesh. This short bit outlines the steps needed just to get the “fabric” through the single pinch point at the top. 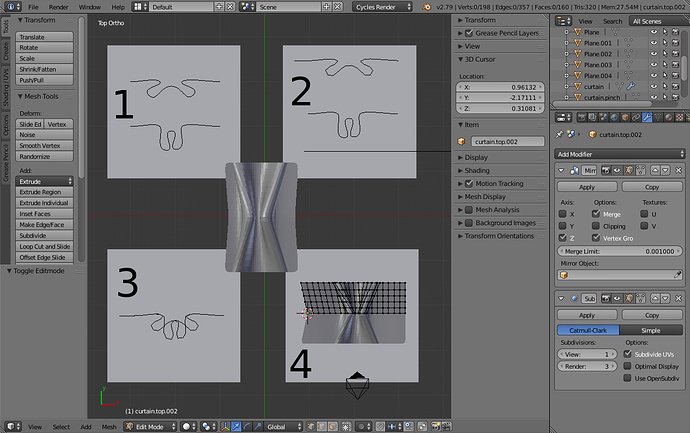 The image in the center has a subdivide surface modifier applied to it so the center is not so pinched. This sounds like a lot of steps and very complicated but it is typical tool usage for 3d modeling. Transitioning from the 2d editing world to 3d comes with another order of complication in the interface. I have these suggestions as you start:

And, yeah, you still have texturing, lighting, and compositing to go.

Thanks guys, looks like I have some learning to do ~ Clive