Here’s a clip of it:

you know it’s Blender because there’s a person using it in the anime itself: 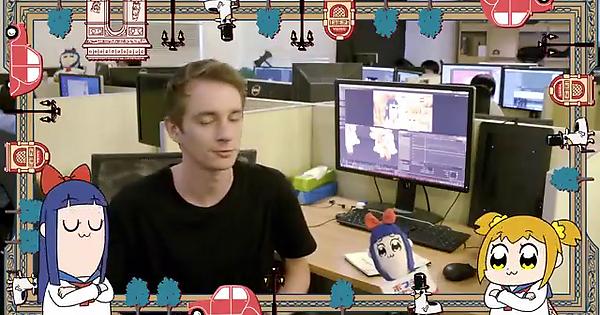 there’s alot of 3D scenes throughout the anime, and it’s amazing how blender shines when used profesionally, just wanted to say

First of all, the show is pretty great. Weird as hell. I recommend it to anyone who likes offbeat absurd humor.
But it is done in Lightwave, not Blender. At least this artist. Got curios and decided to investigate. If you look at the more hires screenshot from the episode and compare the graph-editors and tabs above the viewport and the sidebar and timelineyou can see that it’s definitely Lightwave.
One of the animators has Lightwave in his twitter-bio as well.