Speed up your Cycles rendering 2X and more with K-Cycles

A feature that Eevee users have used and enjoyed is now available with K-Cycles. Dynamically interact with the scene in the viewport. Adjusting quickly the Bloom settings with fast performance in the preview render viewport. Creating beautiful Bloom effects in no time. The Bloom settings has all the options that are needed to design and easily create and customize your Bloom effect.

Higher quality than Eevee. Eevee blurs and loses the light definition. See below: 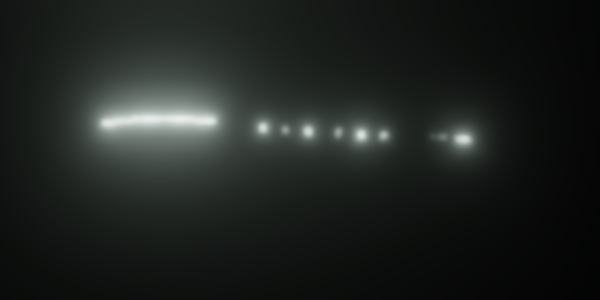 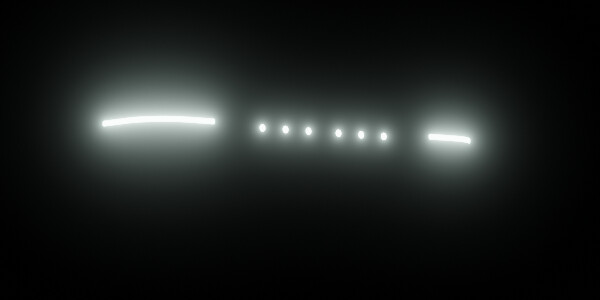 “Bloom is always so hard to get just right in post. Now, you can achieve superior results in the viewport!” – Chipp Walters 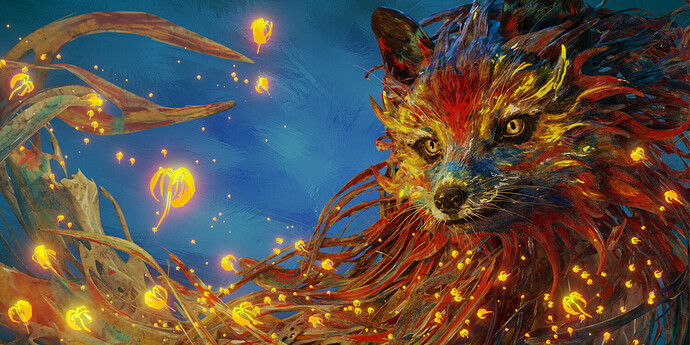 Splash Fox by Daniel Bystedt - Render with K-Cycles and Bloom

Speed up your Cycles rendering 2X and more!

Hi, I’m Eric Klein. Some of you may know me from the Blender forums and my focus on creating the most photo-realistic renders possible.

I have spent a lot of time becoming very familiar with EEVEE and how best to use it to obtain near photo results, with the purpose of speeding up my Archviz interior renders. While my results were great, the setup and experimentation time was arduous, and folks without an intimate understanding of the EEVEE engine may find it difficult to replicate.

And eventually, I found Cycles renders to always be better. And of course with Cycles, it’s mostly just pointing the camera and taking a picture– no elaborate steps necessary. So, for the past two years, I’ve set about creating my own version of Blender, and relentless testing using various settings and optimizations, all focused towards creating a blazing fast Cycles rendering, and in many cases it can even compete with EEVEE render times.

And now it’s time to share it with the world. It’s called K-Cycles.

K-Cycles is a highly optimized custom build of Cycles render engine which is wrapped in a custom version of Blender. It is fully compatible with Cycles and designed for Nvidia GPU 30x, 20x, and 10x series. Features include::

Who is it for?

K-Cycles is for Blender users who want to speed up their Cycles renderings. With it’s automatic “K-Cycles Intelligence,” it is a breeze to use and needs virtually no ramp up time. Just launch it and start rendering. And there are a number of non-destructive presets to work with as well.

K-Cycles is tested with many of the top addons, including Hard Ops, Boxcutter, KIT OPS, SYNTH and many others. It is updated regularly and includes updates to the latest alpha releases.

Of course the primary reason is speed– speed of renderings and animations. That said, we do have plans on adding some new features to the K-Cycles engine. Stay tuned!

Consider the chart below where we compare K-Cycles to the regular version of Blender, and we’ve thrown in a comparison to E-Cycles Pro RTX as well. Tests done with the same render samples, noise pattern values and defaults. You’ll see K-Cycles up to 2x faster than Cycles.

There are many “under-the-hood” changes to help speed up the original Cycles engine. Faster SOBOL sampling and maximizing GPU utilization getting 100% usage. Another area K-Cycles shines is with it’s intelligent preset modes.

When you press the render button in K-Cycles, our intelligent processes analyze the current scene and settings to create a set of optimizations which create significant speed increases with little to no degradation in image quality.

What the Artists Say

“K-Cycles provides an alternative way to utilize the power of the RTX in ways vanilla Cycles cannot. From the moment you begin rendering with it you’ll notice an immense difference in speed and performance. I am proud of the work that has gone into optimizing such a classic renderer. Even in a post EEVEE work Cycles can prove itself competitive and giving a result that just can’t be matched. And with K-Cycles you’ll get there in a fraction of the time”

“I created the very first course on Interior Rendering with EEVEE, and what luck it was to have Eric as a beta tester. There is no one who knows more about Interior Rendering in Blender, both EEVEE and Cycles, than Eric. His technical expertise is unsurpassed. So, when he asked me to test K-Cycles, I jumped at the chance. Most will tell you I almost always render in EEVEE– but not anymore. I can’t believe the speed increases I now have rendering in K-Cycles. It’s a must have for any serious Blender artist!”

“K-Cycles has been an awesome addition to my workflow by utilizing my GPU in order to render Cycles. I have a Nvidia RTX Titan graphics card and this is such a LEAP from CPU rendering to now GPU rendering! My render times have increased 3-4x faster than my current Blender 2.91. I feel this is a solid build and runs very smoothly. The image quality is also better to me and the viewport display has much more detail in it when in dev and render views. I am seriously impressed with the render times in K-Cycles and would definitely recommend this to anyone who loves to use the GPU for rendering!”

Please visit us on Discord at: https://discord.gg/hseXQq8Z

Hi. Is the source code provided ?

As you surely already know, to comply with the GPL license, softwares that are released under this license have to feature the source code or a text informing the user where he/she can download it.

Will the price increase for the 2022 versions?

Is it a fork of E-Cycles? Is it based on its source code? (not that it would be a bad thing ; it’s perfectly allowed by the license).

Yes I will provide source code to buyer when request. Similar to what E-Cycles does.

I plan keep price for 2022 very affordable to reach the wider Blender user base. As you can see performance wise (see charts) K-Cycles RTX compares very favorably with E-Cycles RTX at $300.

This is not a fork of E-Cycles. Notice that performance chart have differences compare with E-Cycles. This is my custom build that I have being working and optimizing for couple years. At the high level it is adjusting the SOBOL sampling based on the work from Lukas Stockner combine with high GPU utilization optimization to achieve 100% GPU usage. Their are other improvements and features like K-Cycles smart preset modes that I have added to make very easy to achieve great performance with the same visual quality of Cycles.

For Mac OS users, is there any advantage to using K-Cycles if only utilizing the CPU? Have you run any CPU-only tests and if so, what are the speed gains when only rendering with the CPU?

Unfortunately the CPU gains for K-Cycles are small compare to default Cycles. So I don’t recommended at this time.

Will it be available for Linux? If I buy the Windows version, can I also download the Linux version when it is available?
How does it handle animations?
Can I open the project in regular Blender saved with K-Cycles without any problems?

I just spent the last hour testing K-Cycles and have used E-Cycles for all of 2020. I no longer own E-Cycles so I couldn’t compare them directly.

The Viewport render improvement is AWESOME by the way and almost worth the full price by itself. 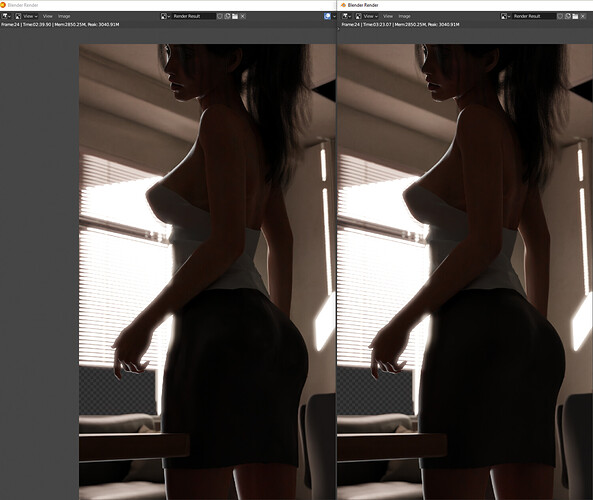 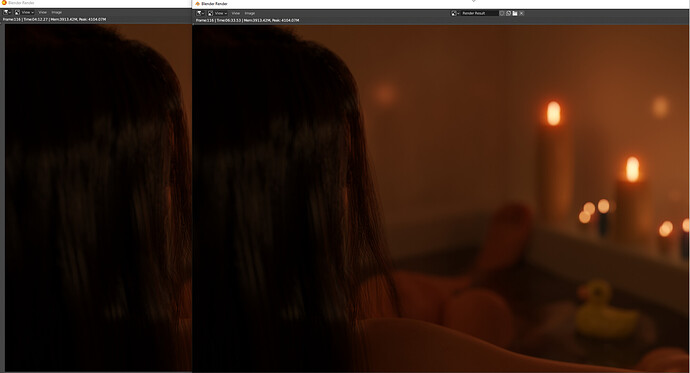 NOTE: This last test was invalid. Accidentally left NVlink mode on for the K-Cycles render. Second time around K-Cycles was almost 30 seconds faster. 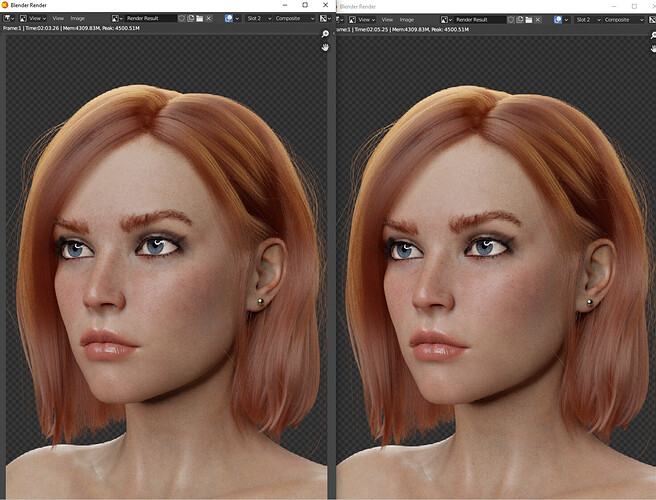 Image quality is nearly identical to Vanilla but not always. In two of these renders I noticed a very slight difference which I then confirmed in scopes.

(These tests were for myself as I had no intention of posting them so I apologize ahead of time for not having them all perfectly side-by-side).

Possible Bugs: the viewport denoiser is bugged on my end. Denoising doesn’t happen until sampling is completed no matter what Start Sample is set to.

Task Manager Performance tab set to Cuda and Compute-1 show both GPU’s rendering at 100%. As soon as one tile finishes, one of the GPU’s drops to 0%. It would seem that one card becomes completely inactive while waiting for the 2nd tile to finish rendering. Visual bug?

Additionally, you won’t get the full performance boost without using Auto-Tile Size. This is a bit annoying as the final render is done in two massive tiles so you don’t see the results till the end. Not a biggie but worth mentioning.

Looks like I am getting plenty of interest for Linux. So I do have on queue of task to do next and will be included with K-Cycles at no extra charge.

It does great in animations and their are new K-Cycles modes go renders even faster great for animation.

No problem saving Blender scenes in K-Cycles to use in Blender.

Thank you for such detail analysis on the viewport performance.

Viewport denoising is not a bug it is done at the end of the viewport samples it is slightly faster that way. Soon I will add a checkbox option update the viewport denoiser at intervals like Blender does now with the smudge painterly look of the denoiser. Both workflows will be supported.

What’s your upgrade path? Will this be on a subscription basis or perpetual?
Your price point is an easy yes.

Thanks.
My little suggestion for optimising animation: adding multi instance rendering (if it fits in the GPU memory - it would need to add scene / memory size checker). My tests show that you can cut the animation rendering time by up to half this way.

It will support all the blender updates through the end 2021. It will also have a stable release and a current update from the Blender master. The 2022 update will be price very reasonable I want to keep a wide Blender user base as possible.

You can get great performance without the “Auto-Tile Size”. It is convenient to use to get the best performance automatically. The key to remember is to have high GPU utilization K-Cycles tiles need be large at least 1k-1k. Auto-Tile Size is set to 2k by default 1k. This will give the fastest performance. If you do 4k image which K-Cycles performance is great you will get 4 tiles.

Does this mean that a configuration with, say, 6 graphics cards will not give a significant speedup compared to Cycles (especially with Full HD rendering)?

It will still give an speed improvement compare to Cycles in Full HD rendering just less of a performance improvement. Typically high number graphics card we do well 4K. At 2k K-Cycles is very fast already with 1/ 2 cards.

Is it works ok and use memory pooling for NVLink multi GPU?

NVLink multi GPU should work including memory pooling. It needs to be enable in the device preferences. I personally have not tested, since I don’t have a dual GPU.

So you pay for 1 year of updates? Like E-Cycles

Yes I will provide source code to buyer when request. Similar to what E-Cycles does.

Actually, the author of E-Cycles is currently violating the GPL license because waiting for the user (the customer) to ask for the source code is not compliant with the license.

The user shouldn’t have to request it, it’s the opposite: it’s up to the author of a GPL software to always provide the source code or a direct link (at no extra cost) to the source code.