This is the first model I’ve ever made and I think it came out pretty good, though I would like the pros to take a look and give me some advice. Mostly I’m wondering how I did with the textures. This is also the first time I’ve used UVs and texture painting.

I would also apreciate it if someone could post a link to any good weight painting tutorials. I can make rigs just fine, but I get really frustrated with wieght painting and I want to use this in an animation at some point. 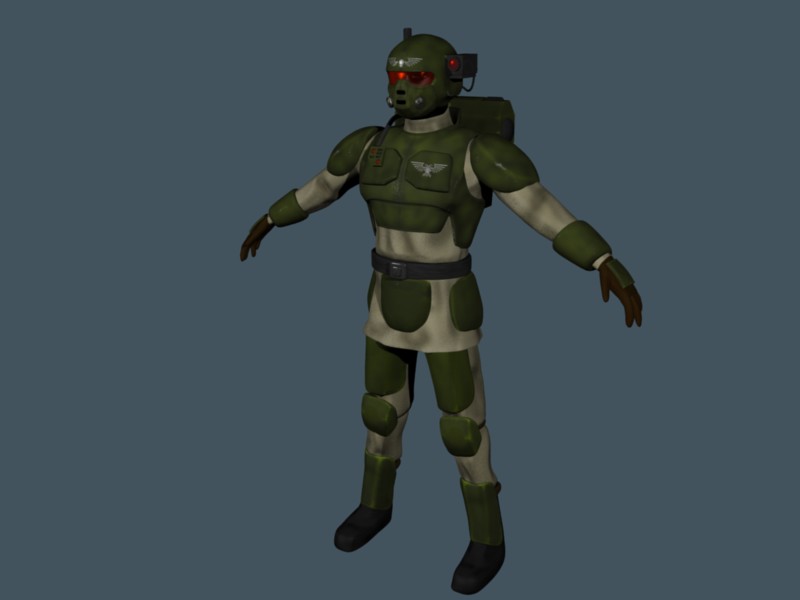 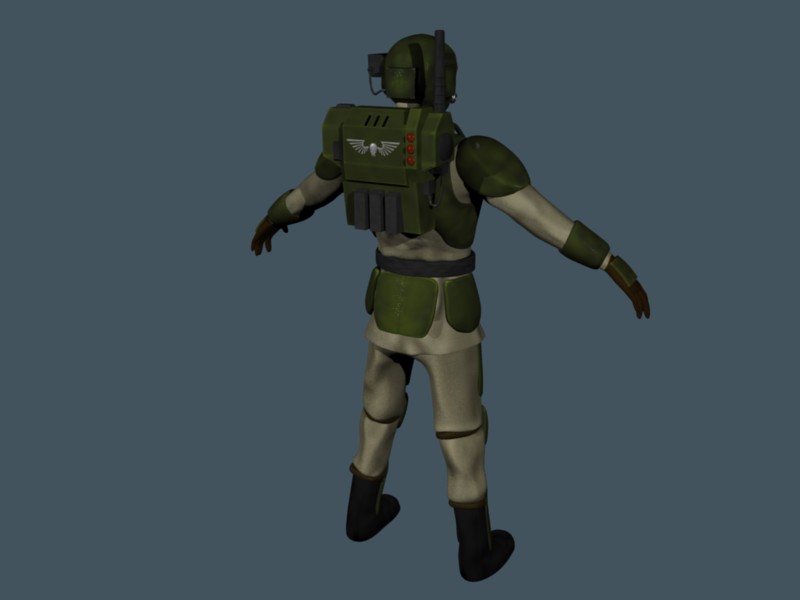 I think the characters good, everything looks in proportion.
The textures are a bit plain,
Look up some pictures of army clothes to get a better picture of what you should be painting.

Forgot to say that weight painting is just a lot of experimenting, don’t forget that you can pose the model and then tweak the painting.

Don’t want to be mean. But maybe instead of posting a new thread for every update, just reply to your old one, you can still upload a picture for your new post. :yes: Pretty good model by the way, the face is very detailed. But like it was stated, a little “Blah” on the textures, but the best of luck for your model!

Thanks. I really didn’t spend much time thinking about detail on the textures because there’s supposed to be a camo over it and I wanted some advice on how to do this, I forgot to post this last time. I didn’t want to paint the new camo right over the base texture in case I needed to change it so I was wondering if it would be possible to unwrap the armor a second time over a new image, but have only the camo show up overtop the base. Is this possible?

And I feel a bit stupid about the three threads before, though it looks like they’ve been deleted. I’m sorry about that. I went back as it was loading after I clicked post new thread because I just realized I forgot to attatch the pics. Apparently it posted the thread, although I can’t imagine why it did it twice before this one went up.

I envy your character design skills. The character is simple and effective, keep it up!