hi, so i have started working through some of the practice clips available from hollywood camerawork. having chosen a clip that looked like a simple key to try out the distort composite node with some limited success, ( poorly keyed and badly editied but what ever, the node worked :D) i thought i would have a proper shot at keying, and after a bit of faf managed to extract a good matte. but the back ground plate i used looked a bit silly being a still with the camera panning around the actress. so for my final attempt i tried match moving , which normally would be pretty easy, simply track the points that have been especially placed on the screen for that purpose right? no. :no: 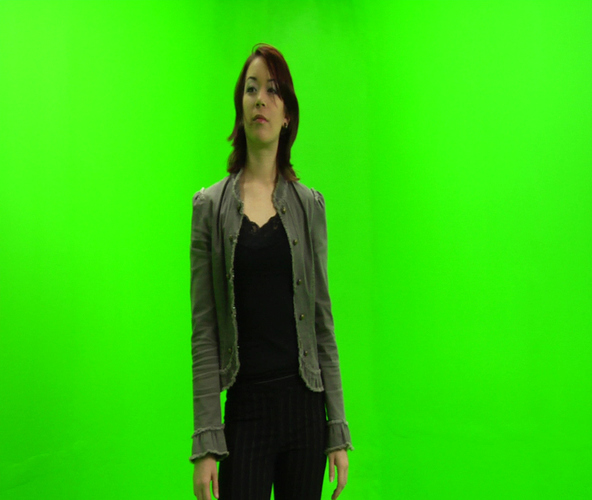 hcw_dolly_no_trackers.0000.jpg1280×1080 250 KB
.
as my focus had been on keying originally i had chosen a clip that was deliberately devoid of markers.
so, figuring that i could track the woman as if she was an object, and attempt a camera solve from that and hope for the best. but with the blurry footage and odd camera motion the best solve i could get was around 14. which is pretty poor (the worst being 250+) so i was on the verge of abandoning that little trial when i discovered this… 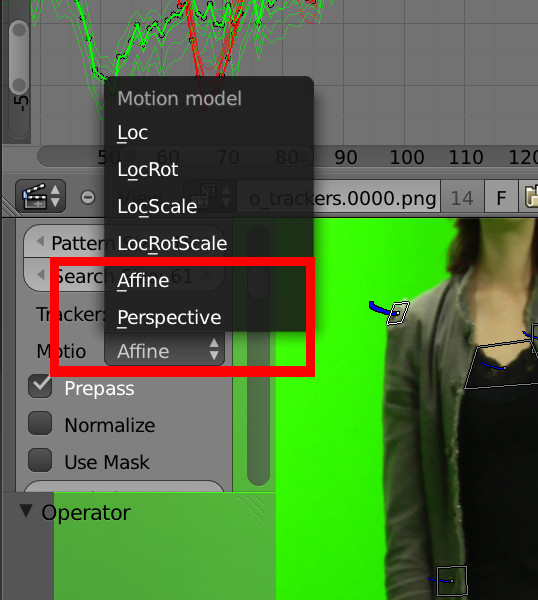 i can’t even find the video that i discovered it on ( it was on vimeo i think) but it was pretty clear that some tracking sorcery had been slipped in some time around 2.64/5. these two settings are just pure genius, i had wondered why the had changed the track markers to those weird annoying adjustable cornered things from the original scale and move markers we originally had.
but these settings, i dont even know how they are supposed to do what they do but the Alline setting somehow auto adjusts the pattern area to conform to the previous frame so the dot is always pinned to the pixel it was originally set to even if the marker is going behind the thing its pinned to ( until the very last point that it can see!)
and the perspective setting sort of basically makes your marker into a planar track. awesome!
so long story, still a bit long i retracked the girl with these settings and with only the minimum number of trackers and a focal length refinement i immediately hit a solve error of 0.56!
so my final result for this clip is a matched move back ground plane in 3d space with the keyed footage comped over the top and i end up with this short clip

theres still a bit of sliding, but i don’t think its that noticeable. but i am open to critique on the overall look of the clip and suggestions for doing it better next time.

(links to the previous attempts with this footage.)
keyed, no match move
poorly keyed, displaced and edited

well, i guess i’ll take the lack of critique as testimony to my awesome skillz and move onto the next clip

It’s pretty solid. Really good up to second 5. From second 5 to 6 the sliding/perspective shift is obvious. Are you using all color channels? I haven’t done much tracking or matching, but what I did I had better results choosing the most highly contrasted rgb channel. That looks difficult to track though. Are you using any facial features?

you kind of have to use facial features, as there are so few suitable points that can hold a track through the whole scene. i used the nostrils and earings on the face as they were the only suitable areas of contrast. my first attempt i tried using the corner of an eye, but she blinks which disrupted the track.
the main areas i tracked were her buttons and a crease on each of her shoulders, and the V of her t shirt. i only used the minmum 8 tracks so if i found a few more points it would help to stabilise everything. i originally looked at the RGB values, but in this shot there is very little difference in contrast between the channel that there was no real benefit and they just seemed to emphasise the motion blur so i stuck with the full colour.

Ehh, it was pretty good, but that…squeeeeeze at the end somewhat killed it for me. If it’s rotating around her, the windows should look wider, not thinner, at the end.

yeah i just used a plane for the back ground, the squeeze is the effect of the camera coming almost side on to the plane. if i had modelled a proper 3d back ground then there would have been a proper parallax effect and the background would have acted properly, possibly!