I’ve been using Blender several years though, and I hang out on the IRC pretty often.

I’ll get right to the animations. The first one was for ‘The Listening’ by Lights, one of her older songs… but I happened to share it right on the day of the 2nd anniversary of the album by that same name. Jeremy, Lights’ site manager (who works closely with her) said it was awesome, and featured it on the LIGHTS site. (I can’t post a link here, too ‘young’

)but here’s the tinyurl ID (i’m sure you know how to use that): /68kclzz
He also tweeted about it, and other fans were all over it.

I’m not bragging (there’s tons of flaws in this, lol) just happy that I’m able to use Blender in a practical, entertaining way.

A word about software: everything in the video, with the exception of the text (title) in the beginning, and the credits at the very end, are straight out of blender. I also synced audio in after effects. But the vignette/ color correction etc were done in blender.

Without further ado (and i realize this probably isn’t most of your style, but you can try to bear it. lol)

So… after I had made that one, I had a few weeks until the new album ‘Siberia’ came out… and i started throwing together another project. I was trying to finish it by the 4th of Oct (release date for the album) and barely made it on time. I had to turn off motion blur to get it to finish rendering with enough time left for postprocessing.

This time, LIGHTS HERSELF liked and favorited it. Jeremy will be tweeting about it today, yesterday he expressed that he loved it, but too much was going on that day, it wouldn’t be noticed. So Blender gets some extra non-CG attention

other fans are asking me what software is used, (actually three of her fans use blender, that i’ve met already) and I’ll be making a tutorial soon.

I realize I’m being way too proud about this, bear with me… i’m just feeling a little power crazed, to have gotten ‘non-nerdy’ people interested with my stuff.

More to come soon. Please, critique me as hard as you can. I’ve a toasting fork and there are marshmallows in the kitchen.

Thread subscribed, and I’ll hold you to that tutorial you talked about!!! I WILL!

I’ve written a blog about how they came to be, also you can suggest the next song that I’ll be making the tutorial with. 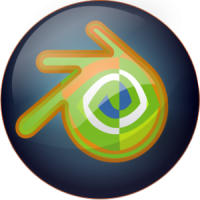 
(it’s the latest blog, just comment there if you have a song suggestion or other thought)

Please remember us when you post the tutorial… I’m still thinking about the song!

I’m just waiting a few more days for song suggestions… then I’ll be making the tut. I’ll link to it here

Here’s another test thingy… using dupliverted cubes and two textures (a procedural cloud, and a static png of ‘lights’)

I’m just getting started on the tutorial, as a song wasn’t selected until now. Happy watching

Sooo… still working on the tutorial. here’s a preview that pretty much shows how I do the placement part.

(NOTE: i originally had other audio to that, but it was copyright-restricted by EMI, so i chose that as it was one of the only ‘long’ tracks in the YT Audioswap library.

It says the video has been removed by the user…

if you get an EMI copyright notice, let me know… i didn’t plan to share this with anyone but one friend… otherwise i wouldn’t have put that music.

so erm… it’s pretty awful as tutorials go, but be easy- it’s also my first.

and the new video.

Sky shine (only the light rays effect) at the end, and audio muxing are basically the only things done outside of Blender.
This took about 5 days, while procrastinating on the prior video. Compositing was done primarily in AE for this one.
(see description.)