this daz studio script and companion Blender Python scripts have been functionnal for a few weeks already. I was planning to make a standalone version to import any sequence of obj’s, before launching it here, but since i procrastinated doing this,I’m announcing the daz studio version.

I suspect most Blender users are able to learn daz studio in 5 minutes and be able to render scenes.

In mcjBlendBot.py, the method to load .obj files was derived from “MeshStreamer” by Tom Harding

Although i didn’t read the code, a few years back i stumbled upon MeshFoot by Blenderartists’ Atom , so it’s definitely an influence!

the python scripts that import the pre-cooked obj/mtl files take care of building node-based materials, by default BSDF Diffuse with some amount of BSDF Glossy. Diffuse image textures, emissive textures, opacity maps, sky/environment maps, reflective materials and bump maps are covered. Although it’s geared for Cycles renders, it can be used for Blender Internal renders and others. There’s a minimal support for creating material libraries (.blend files). And it’s possible to import the daz scenes into a blend file with existing lights and materials etc… 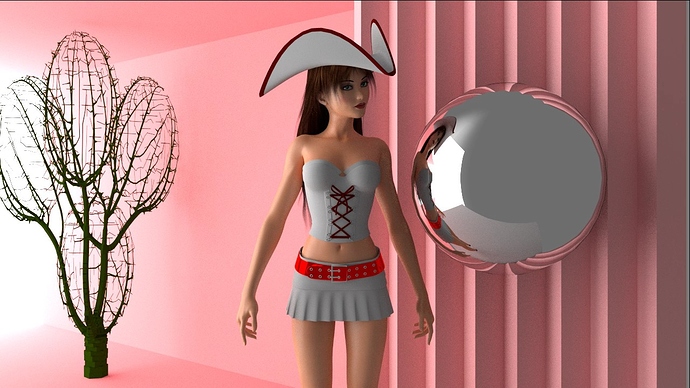