I’m making a human character model for animations. I did the Blender Guru tutorial: Character Rigging by Lee Salvemini. It’s a very good and clear tutorial, but I encountered one problem. I completed the entire character with bone constraints, Inverse Kinematics and pole targets. My problem is in the knees, when rotating my roll.main (this controls the rotation of the foot and heel) instead of bending forwards my knee is going outwards [see attached image].

I think it has something to do with either my bone constraints or the roll of one of my bones. I tried to go back and see what I did wrong here, but I’m fairly new in Blender so maybe someone encountered kind of the same problem? I searched the forum for equivalent problems, but it seams my character looks a bit more complicated than most.

I would appreciate if someone has an idea or can refer me to a solution. I have attached my character model for helping purposes. (the bones become visible when you turn on the last layer in the bones layers) 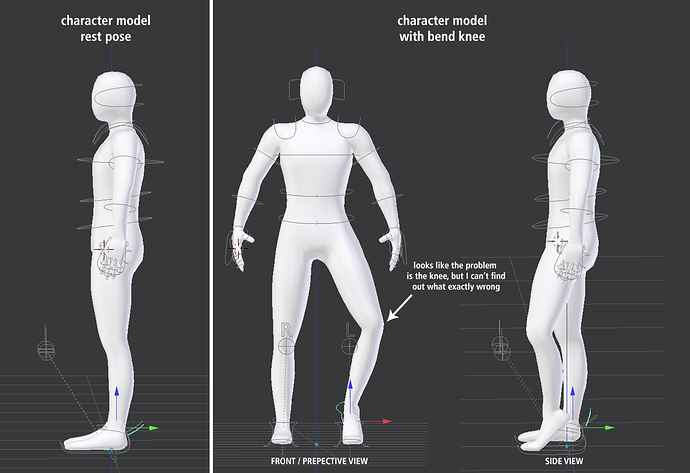 I have never personally worked with this sort of rigging, however, I suggest using armature (bones) whenever you work with human-like figures.

Adjust the Pole Angle on the shin bone IK modifier whilst in Pose mode. This bone is hidden and is on a bone layer, bone layer 15. (Top Right Bone Layer)

-40 looks about right. Also, your pole target is pretty close to your mesh, move it farther away so as not to confuse the Ik Solver! 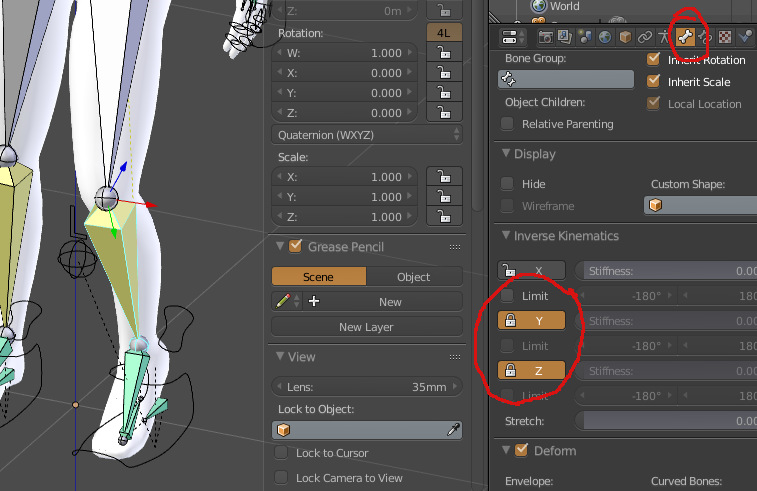 You need to lock the IK rotation on the shin bone so that the knee only rotates on the X axis.

One other thing. The human tibia/fibula doesn’t rotate left to right. So that should ideally be reflected in the layout of the skeleton. You can correct that by straightening out the tibia/fibula(as marked in green below) in edit mode. It will require some tweaking of the mesh to suit it. But that’s easily done with proportional edit switched on.

There’s already a slight bend to the front of the knee, as there should be. So the solver can process that correctly. But the slight bend seen from the front view( In red) is confusing things. Once you sort that it should get you closer to what you need.

From then on you can use the pole targets to make adjustments.

This will work whether you’re lifting the knee or rolling onto the ball of the foot. 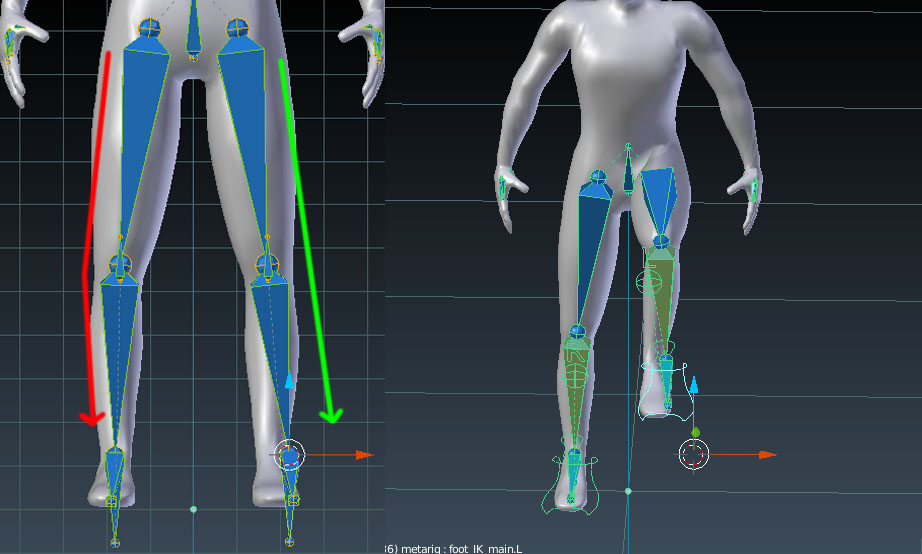 Thanks for the replies and solutions how to fix this problem. I will try them and post my result!

Thanks for the replies people! I used SKpFX and Macser’s answers and it worked!