Knightsbury XIV - A Walk Through a Medieval Town (Blender + Unity3d)

Looks impressive. I’m very exited to see the final version.
The book in the second last shot got me thinking though. Gutenberg invented the printing press mid 15th century. So the book is a hand copied version. I’m just wondering if those type of books could be that thick, especially as I get the impression that the thickness stems from many pages and not the thickness of single pages.

Haha thanks Hotzst, you’re right, we’ll make the book a bit less thick. I am so glad we have careful observers. You’re contributing to improve this town

I will upload a video of the house soon

The places need to spammed with tens or hundreds of those info items.
Just like a nowadays museum is

I like the fire and smoke. Rally lovely. If you would make all the candle flames flickering, I think that would go a long way.
I especially liked the view from the upper stories windows onto the church.

When i set up the candle lights and flames that were not in the initial blend Manorial gave me, i thought about several possibilities:

Finally on the simple self lit mesh, i just added a script i wrote making the point light source flicker in position and in strenght, and added a halo around it.

Here’s how it’s done. I agree it not the best that can be done but as usual it’s a ‘cheap-to-render’ compromise

Now that i managed to bake some AO, i’m playin with it on the visitable house.

I got to build a shader in unity that allows AO to be drawn and also parametered so that it looks nice. I think it will add a lot on the visual realism. Nevertheless it requires another UV layer to be used. I just hope it won’t be too heavy for small machines to real-time render :-S
So i’ll give this a try and drop some shots here if it’s worth the view

it’s almos’ nothin but it does a lot ! confirming the brain is extremely sensible to luminance information in a picture.
Stop the words, here are 2 groups of 2 images. one ‘before’ and one ‘after’ or more, one ‘without AO’ and one ‘with AO’.
Of course all this is always in realtime rendering… 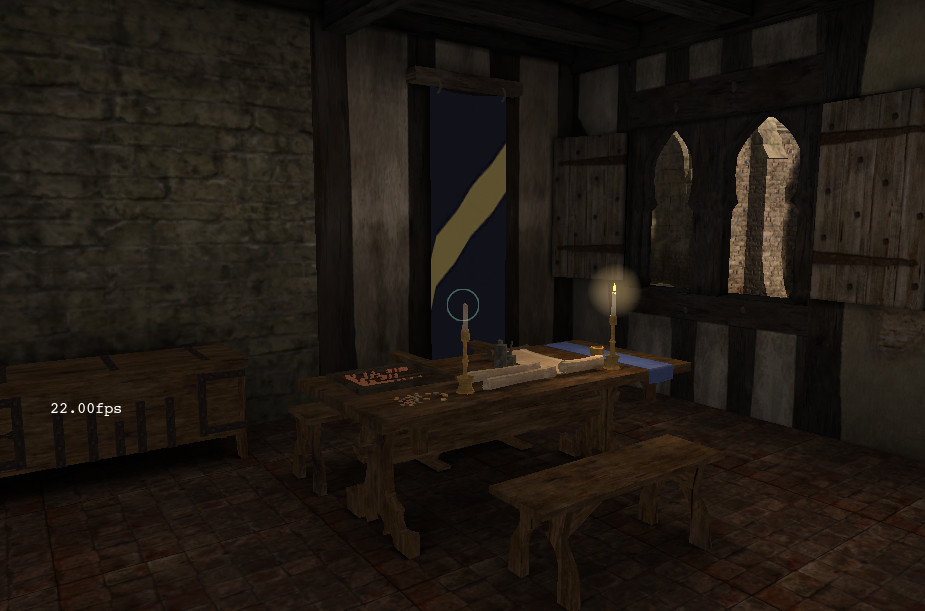 But i gonna give it a try

I played a bit with furniture AO and set it up in unity. After some lil strugglings one sentence came to my mind:
<< OOOWWWW FOK !!! >> ( sorry for the word

yes this is one more proof that blender and unity, beside their small workarounds are really awesome !
3 screenshots from unity ( i mention this is realtime rendering ) :
1 with no AO at all, the 2nd is with walls and ground AO, and the 3rd is walls, ground and furniture AO: 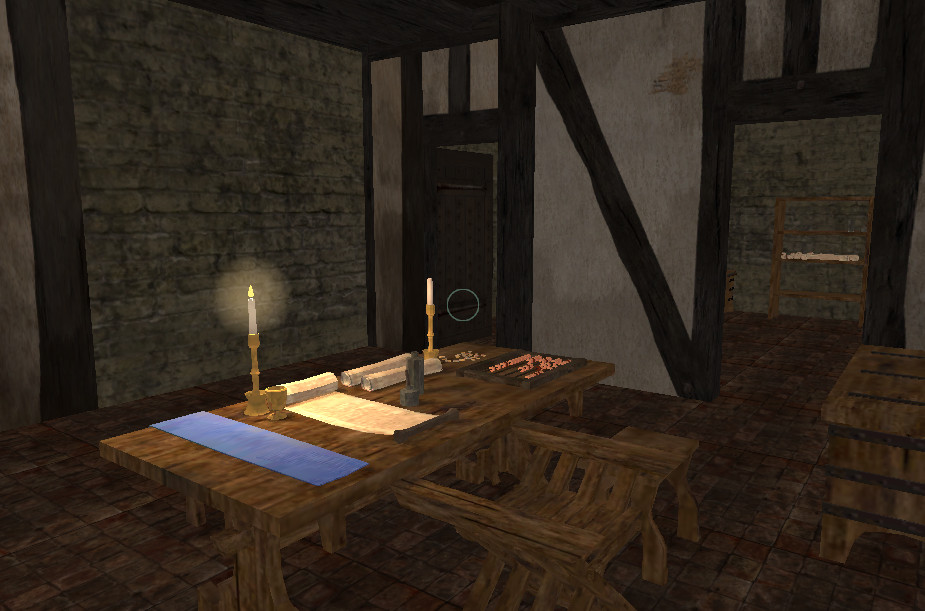 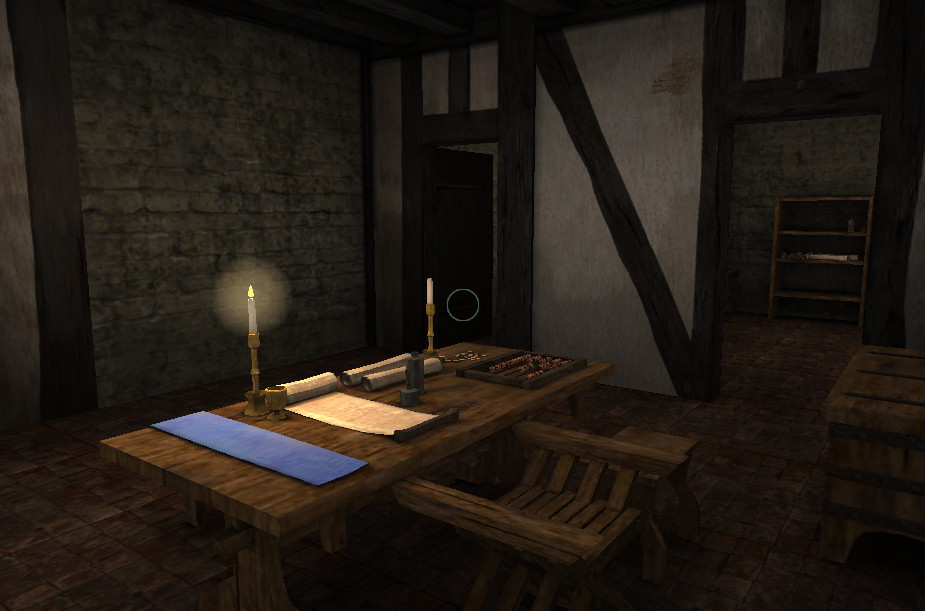 Your opinions on this ?

The difference between one and two are noticeable and go a long way to make the scene more credible. While the third step leads to even more realistic scenes, I’ m not sure, if the casual viewer will notice. I had to take two looks at the images and I knew what to look for.

Thanks for your good words and yes you’re right when you say the casual ppl won’t notice anything. It’s always like this.

Imo and from my experience of pro flight simulators conception & dev, when ppl don’t notice anything in a scene or don’t make comments, it’s just won

On the other hand if a scenne is ‘flat’ or not enough realistic they have no regret saying it’s ugly, even if they can’t express the reason why.
Of course i don’t talk about all the ones behind the scenes, like you and me and most ppl in this forum who know or imagine the work involved behind each pixel of an image they’re watching for several minutes

Much better with AO, #3. Easy to tell the difference between 2 and 3. Just look at the furniture. Use #3.

It is finally possible to go for some shopping on High Street, in case you need shoes, hats, purses, knives, medical recipes, candles, foodstuffs or just a gallon of ale! 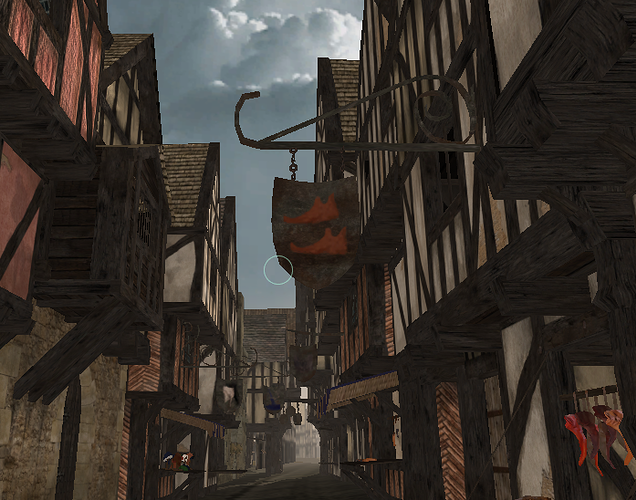 nice work here
can you give th link for the (online catalogue of the British Library).

what did you use for the clouds ?

I couldn’t have said it better myself!!!

Hi all, after 9 months of work we finally managed to release a decent teaser, the explorable player will be released soon, so like the Facebook page for more information! https://www.facebook.com/knightsburyXIV

The link to the video is

Now this video is not only a video… it’s an app in wich you can walk freely and discover each little house corner !
you can get it on google play store for free at:

Based on Canterbury town structure in the 14th century, Knightsbury offers you to discover, through a realtime 3D free virtual visit, the environment of an England town of the 14th century...

And also grab the app for windows, linux, webgl and macOS on http://kleioscope.fr

Hope you enjoy it

Thanks! Can’t wait to release the video. Here are all the buildings (except for gatehouse, walls, towers and bridge) created so far. Many more to come!

@vinwin sorry i don’t get what you wrote

Can you be more explicit please ?