I had some more fun tonight with Blender hair

Just going for fun and cute and cuddly with this one.

Several different meshes of one hundred thousand particles each are here. This blend takes up to 1.7GB to render. I would only try this on a 2GB RAM system. Some manual blur and contrast adjustments in post. Leaves are from my autumn blend.

Great use of the hair Robertt.

Eyes look a little plain and undefined though. Would add a bit there to bring them out more.

Very impressive…a good demonstration of what the new Blender hair system is capable of. I’ll try it out when I’m finished having fun with the FluidSim.

You can do that with Blender? Whoa! Absolutely stunning.

Nice, but the hair is still not perfect. I’m sure you’re getting there

Ps, your kids are wondering when daddy is coming from behind his computer to play with them. %|

BgDM: Thanks BgDM. Even though I had the particle systems set down to display 10 percent in view, it’s still a very dense scene to navigate. I removed the arms and brought in branches to cut down on the vertices. Right now, adding any more particles causes Blender to crash, since there are so many to begin with right now, but I may “borrow” some verts from the back of the model and see if I can work in some more details and fur around the eye area.

yu_wang: Thanks! I think we’ll be seeing lots more furry creatures and things in the near future

I haven’t tried the fluidsim much yet, but that’s on my long list of things to do.

Yes, it can be done, and I think it can be done more efficiently yet, without so many particles and demanding so much memory. I have to experiment more with distribution and randomization settings. Each mesh of the several here have their own unique particle settings so they overlap and provide better fur coverage for the whole model, but this lead to a very vert-intensive scene, which in turn consumed an incredible amount of memory.

Yes, I’ll be working on these kinds of things some more. BTW, I don’t have any kids, but that might be nice some day, and marriage too. For the time being, my creative works are my offspring…

BTW, I don’t have any kids, but that might be nice some day, and marriage too.

O… don’t know why I always thought of you as a daddy type.
Perhaps the way you talk. so fricking civilized and responsible…

The hair looks prickly to me, and not very friendly. Maybe because it is almost sticking straight out? Maybe applying gravity will help. I’m not sure.

Nice work, Robertt… don’t know if you’d find a Koala in a maple tree, tho…

also, the backlight on the fur is a bit strong…

I think you should redo the eyes, they look like dolls eyes, or something elese non living.

But the background and the hair is just fab.

the bump map on the nose is a bit strong. koala noses are very dry and leathery, so maybe try using the oren nayer shader or one of those fancy new ones. also i think they live in eucalyptus trees.

Here is an updated version of Koala.

I changed a few things (including the leaves ;)) and spent a couple of days trying and rendering different fur settings. I removed two of the emitter meshes and revised the lighting a little.

The project still takes a considerable amount of memory to render (1.4GB RAM for 11.5 million rendertime verts), but at least I seem to have solved the crashing problem I was having when the scene neared 15 million verts.

Thanks again for all the feedback, and happy new year to all of you

[quote=Robertt]BTW, I don’t have any kids, but that might be nice some day, and marriage too.

O… don’t know why I always thought of you as a daddy type.
Perhaps the way you talk. so fricking civilized and responsible…

Anyhow - I agree about the comments, still not there yet. It´s like the
whole Koala is too clean…and too few strands…and the strands seem
too sharp as well. (the real life koala´s are not as white either…unless you
send them through the laundromats…he he…don´t go get any ideas though).

I updated my top post with two renders now, one just a little while ago, and now another.

The difference is that in the first update I used the glow plugin to soften the fur and overall image, but that also bleached things a bit, even though boost was low and threshold was high. Too much of the anistrophic specular was being boosted. So in the second one, I did used almost no boosting and I also switched sampling types (first used Cubic, second one used CatRom). For the second, I applied some slight manual DOF.

My favorites are the first and third images, since the first captured the unreal/slightly stylized yet cute look I was going for in this project and the third turned out better in various ways to me (especially in terms of needing almost no post work) while depicting an older koala, not necessarily as cute, yet in the same semi-real-yet-not style I had in mind.

Approximately 50 hours went into this project, with much of that time consumed by repeated test renders. Part of this project was for me to experiment some more with the new hair system and see how far it could be pushed in different ways. It’s amazing what we have thanks to the developers!

Well…I´m not letting you off so easily RobertT

You can take the hair/fur system even further. Did you perhaps use
raytraced or AO in your renders? If so - don´t! Fur/hair etc. will look
a lot better if you do the “fade-to-alpha” + blend shader trick and if
you avoid raytracing your fur (or using AO) you´ll be much better off,

such as your image is now - it´s nice…good work - but not nearly pushing
the hair/fur to the limits at all. Again - maestro

Oh definitely further in terms of quality, much much further the system can be pushed. This is just a hint of what could be done.

This project was basic in that sense – mostly vert count I was going for in this one in terms of testing the system (ultimately my computer’s ability to handle so many particles/emitters). As this is my second real use of the new hair system, I’m not entirely disappointed with the results. I’ve been watching all other hair threads (including yours), so I know there’s plenty more to try yet.

I do have the strand mapped blend fade in there, as was suggested by one of the new hair tutorials, but I also have ray/AO on (sub only, 10 samples). I’m using an omni point lamp for shadowing, since area lighting took far too long (several hours) to complete at OSA 5, along with a back and key light. This setup takes over an hour per render at OSA 11 (which I don’t consider bad considering the rendertime geometry).

Lots to apply (and avoid) based on this experience in my next project,

Looks good. But could be way better.

For one, I have got to critisize those eyes. To me, they don’t cut it. Remember, the eyes are the windows to the soul. Spend more time on the eyes, and surroundign geometry to ensure your creature becomes appealing.

On a different note, it seems your fur is too long. Looks like hair when it should be fur. Found some good reference below: 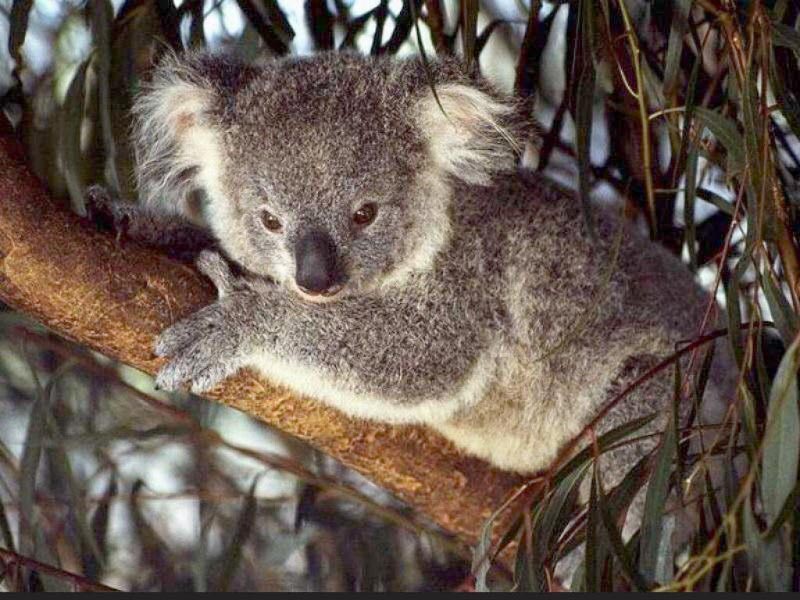 wow that is an amazing work !!

only thing that bothers me is the background, you can use an imagemap. that would be cool-er

I don’t know why everyone’s bagging on the eyes. Aside from a bit more reflectivity (perhaps a fake enviromnment map?) they’re golden. I’d worry more that his chin has disappeared a great deal since the first image. Try shortening the hair on the underside of his face to give it more of a visible line.

But overall I think it’s a very good koala. Now make him flip out and kill some people.

I spent more time on this after last night’s “final” update (which brings the time I spent on this project to something over 55 hours). I am posting one “final final” update below. Nice photos btw

I didn’t refer to any real reference photos, just tried to make a CG koala character. Something more realistic yet would take more time, reference studying, and attention to smaller details, which will occur in another “furry” project I have in mind. Here is something along the lines I was thinking of in terms of the longer body fur.

garphik: Thanks so much garphik. I changed the background procedural sky to another procedural environment. I also added some more branches behind the camera to give something more for the eyes to reflect.

kattkieru: Thanks! I increased reflectivity in the eyes. I also adjusted the fur again and reworked the lower portion of the head a bit. Since these are several stacked meshes with separate emitters and particle settings, each edit requires all other meshes to be edited individually in similar ways since merging the meshes for editing purposes would eliminate their unique particle settings. Some interesting discussion is going on in the bf-committers list about “unified editmode,” which would be helpful under these circumstances.

Here is the “final final” render from the Koala project.

This one required no post-processing thanks to zblur.