So, umm, what exactly does this have to do with anything?

This makes me wanna order a pizza

I must say, I really love this picture, whatever it is. It gets my imagination fly.

I have a suggestion: Lets all watch this picture during the christmas holidays, and collect a story what do you really see in the mayan sculpture. Don’t say a word during the next days, but write down your ideas, and when a week has gone, then let’s all publish what we have.

I read about the supposedly maya crystal skulls on the wikipedia after watching a short few moment on TV about a documentary. The wikipedia states it’s a fraud likely, and the analysis (when possible) of the skulls found there to be mechanically powered instruments used, and it was made quite likely from europe. The crystal skulls do look similar to the one in the image.

So this was modelled in Maya?
Nice, though a bit too saturate I’d say… turn down the texture’s saturation a bit…

From this image I can clearly deduce the world will end in 2012. Have a nice day.

You mention saturated colors, was Mayan influence the reason why there’s so many bold pastel colors on so many houses and buildings in Mexico?

You mention saturated colors, was Mayan influence the reason why there’s so many bold pastel colors on so many houses and buildings in Mexico?

I believe it was made by the French, using German engineered power tools.

I don’t get that problem with our high speed internet, what’s your connection speed?

Hi Ace Dragon. My connection is slow, and I know it. It would be great if I would just upgrade my connection of course, but that’d miss my point. Making images we post online “web-friendly” is a skill which still needs to be practised.

I started a thread a while back about this, accepting that it could get me mocked by forum members with faster connections than I. Instead, I found out that…

I have three degrees (including a diploma in 3D Animation from New Zealand’s top Media school), and I’m a fully registered teacher. 3D and technology are my passion. People get me to fix their computers all the time etc etc. After considerable time “between jobs” and living off small favours, I’ve only just secured my next teaching position in a nearby college, starting in a few weeks. You wouldn’t guess that I’m on slow internet (I get a lot of surprised reactions)… but that’s the thing; it’s an incorrect assumption that I wouldn’t be.

So yeah, I’d imagine there would be a number of the BlenderArtists audience who don’t have fast internet. We can’t all have fast internet but I’m pretty sure we can all at least make oversized images load faster.

To make thing a bit faster, use ad-block and flash blocker for firefox.

It’s actually not Maya at all. It’s the Aztec calendar stone.

Thanks bigbad. I’ve already got adblocker running (it’s the stop-sign with ABP on the top right of my browser). I actually do get a pretty good speed overall (especially with smart browser caching which is fairly standard for browsers like firefox)… it’s mainly when I hit a really big one-off that I notice it (either oversized images or someone emailing me something spectacular). If there’s something I really want, I generally use Linux wget, which supports resuming, or there is high-speed internet of someone I know who I can borrow as needed.

My main point is that people should try to post sensibly file-sized images. I speak out lest they think “hey, that went fine last time” and it becomes a pattern for all threads ever after.

Thanks to your help I found where the colorized replica is located. It’s in museum in El Paso, Texas, here it is photographed: 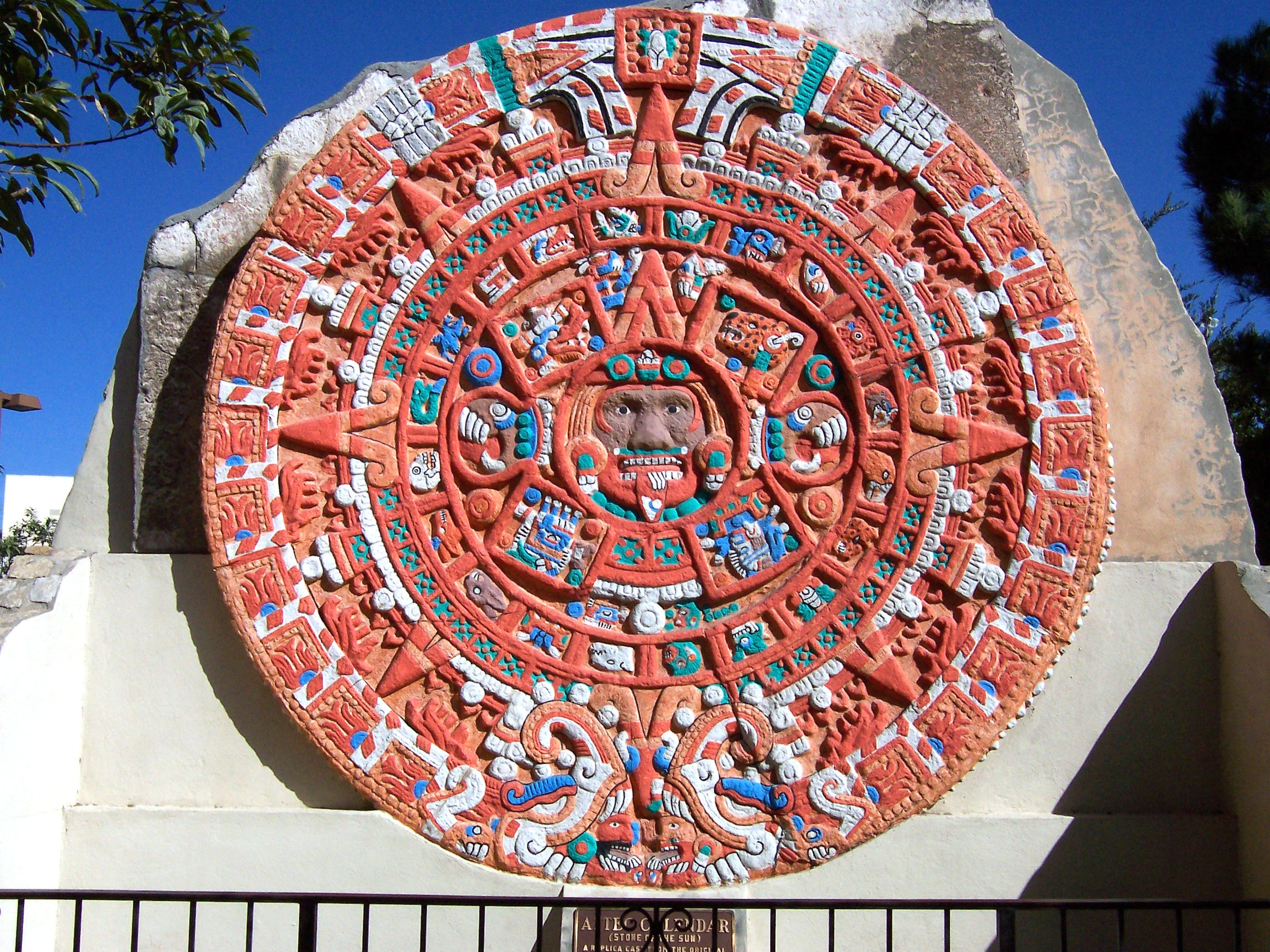