Landscape scene (could use a little help)

Some of you remember the CGN’s Spectacular Challenge I’m taking part in ( http://features.cgsociety.org/challenge/spectacular/index.php ). The first scene I was working with ( http://forums.cgsociety.org/showthread.php?threadid=273781 ) crashes every time I try to move or add objects. The problem would be solver if I got some money to buy some memory for my pc, but since I’m not having any until the next friday, I decided to switch to plan B.

It’s a guy sitting on a rocket and flying around a mountain range. I was thinking that if the man is dressed like a pilot it would be as spectacular as if the man looks like an office guy. The rocket is ovbious red and white model of a rocket. You see those in every cartoon. The mountains are rocky and maybe they have some snow on them. I found this one from 3D Links Gallery and I wouldn’t mind if my scene has something in common with this cutie http://www.3dlinks.com/gallery_fullview.cfm?id=16129 .

I’m not making cartoonish scene but not necessarily photorealistic one. The final render could be toon-shaided but not cartoonish and not caricazturish either.

So I already have the man done. Which ever he is, the pilot or the suit guy. But the biggest problem is the landscape. I’ve never really done one with a thought. So how can one make “realistic” looking mountains with Blender. I have some additional noise tools (BWF for example) but how about the texture? I don’t want any already done .blend -files but some tips and hints how to survive. Will you help Dreamlord? 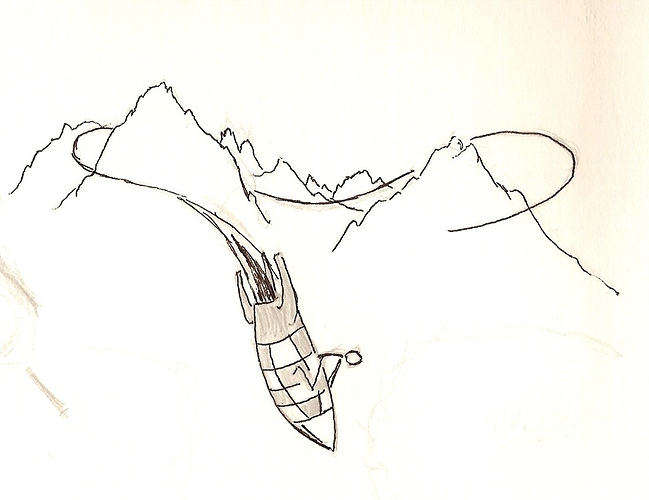 Here’s what I have done with another noise tool.

One has painted marks on it (I’m still not 2d-artist). Those marks are ment to indicate the route he flies. It has not necessarily to be these mountains. This is just what I had in mind.

And as you can see it looks like the mountains have snow tops. That was not ment to be so, but it was Blender’s choise not mine. 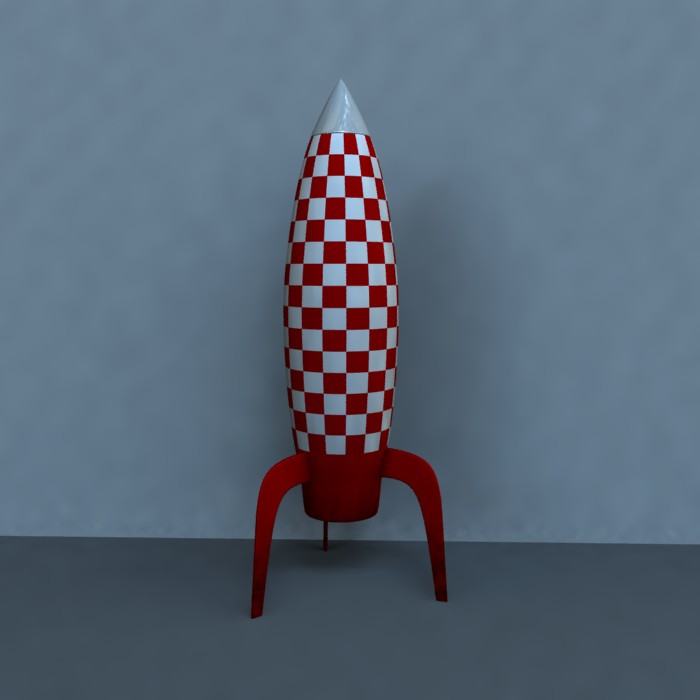 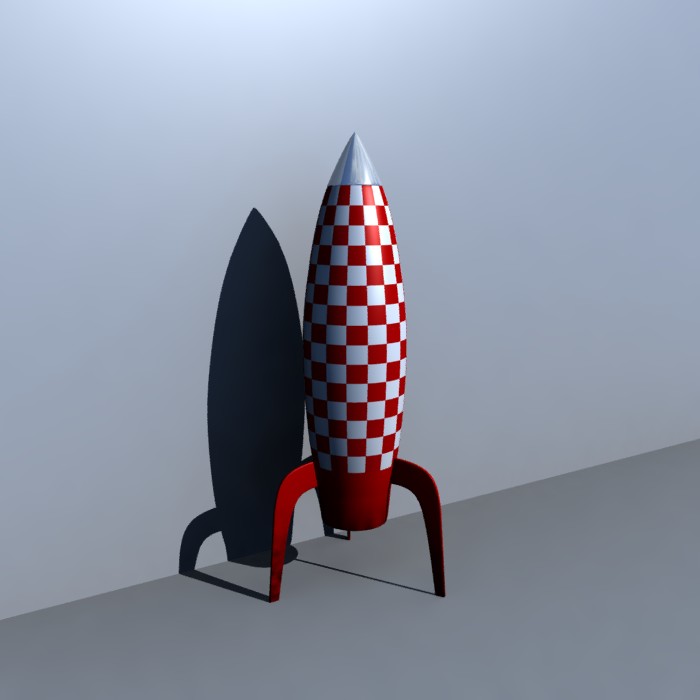 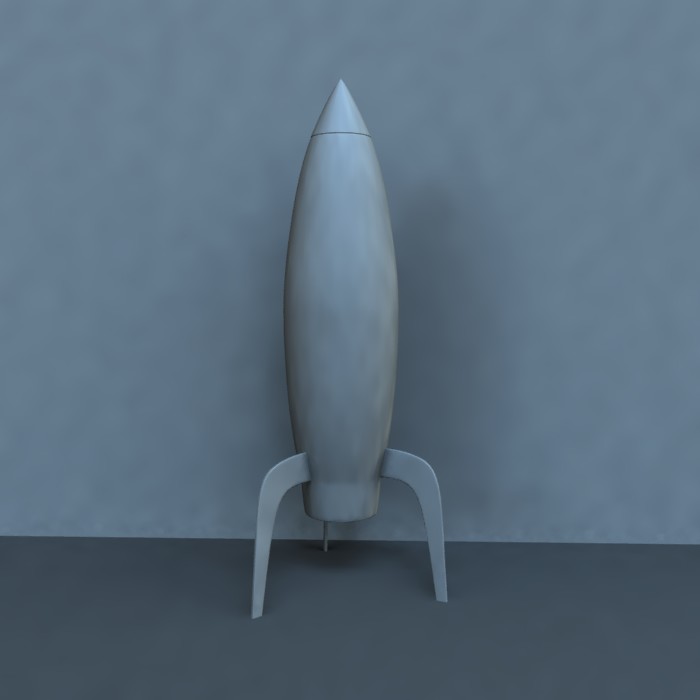 Here’s the shoes for the hero. The colored version looks a bit wet… 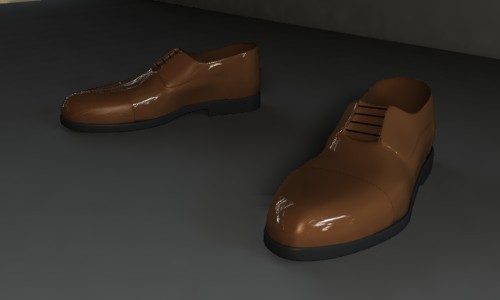 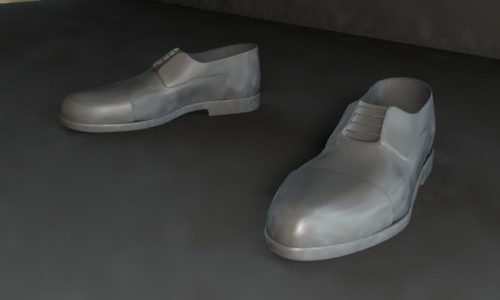 The suite. I was thinking that it could be cool if the suite was red. But the rocet is already red so maybe I stay in black (dark grey really) or make it blue. 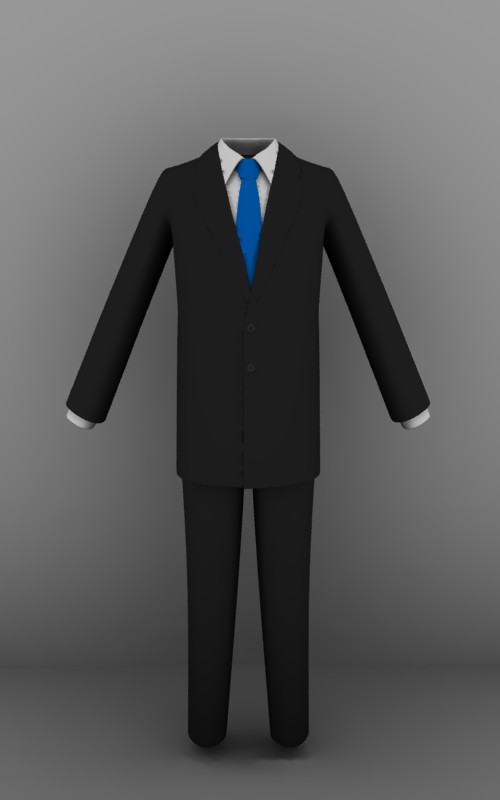 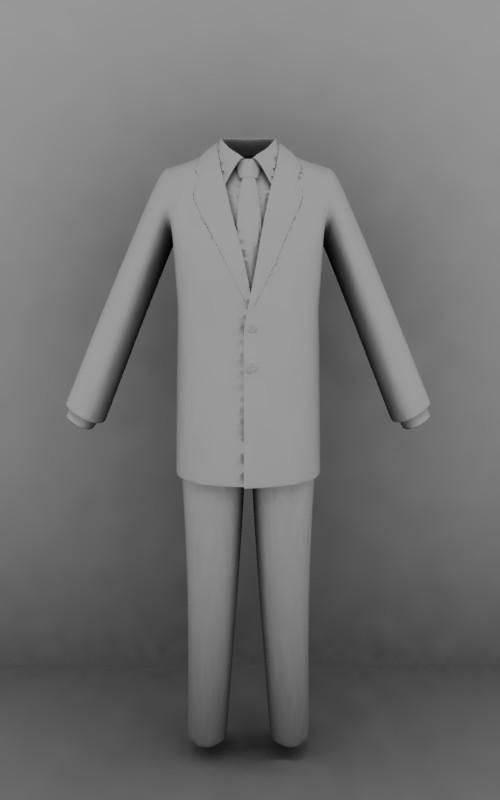 And even more (not gonna stop any day soon

Those are gloves. Not hand. 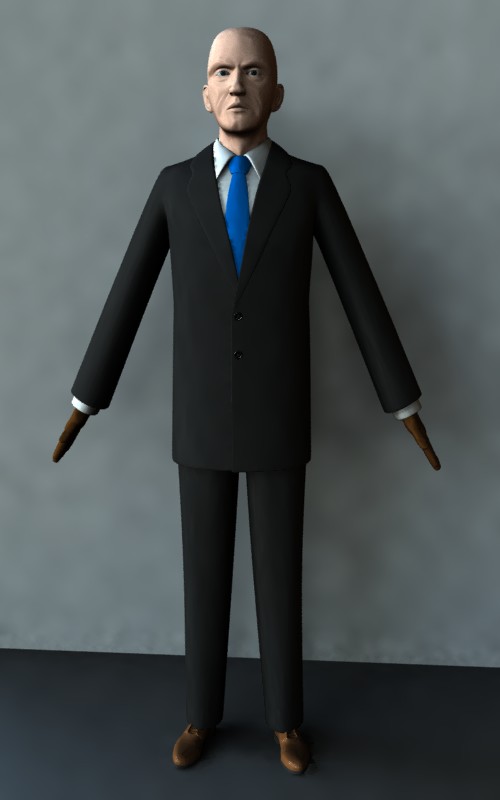 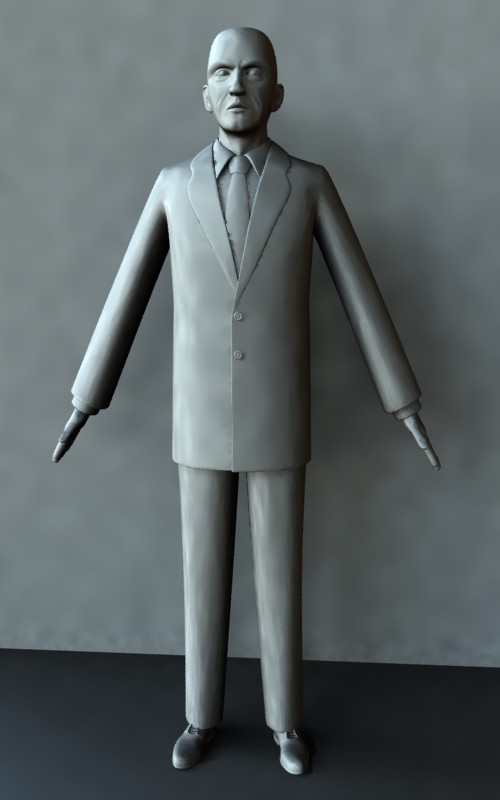 But I still dont understand how your final picture is going to look like.

Well even I can’t see the final image yet but I made some quick tests with what I have now. This is something like it but the perspective sucks. Or then it’s the mountains. 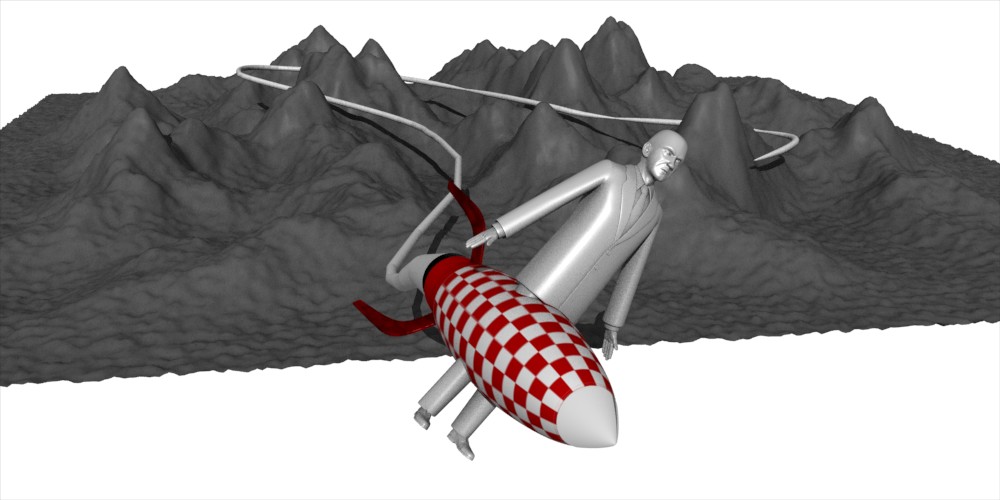 lol looking good, is the grey around the mountins going to be smoke?

Looking good! You have done well with the suit and everything, turn down the spec on the shoes to make them less wet.
Now, crits…
Firstly, the gloves are not very obviously gloves, and the viewers will at first think “Eh? Brown hands?” before realizing that they’re gloves. Perhaps make them more obviously gloves by adding large-ish fluffy ring things around the wrists, or get rid of them altogether.
Now, the rocket. Minor this, but the rocket seems to have far more squares than your concept, almost too many. I guess this won’t matter too much.
Anyway, apart from that, excellent work and I can’t wait to see more!

Yeah one cool detail on the rocket would be a smilie on the front.

That will be smoke around the mountains.

Z-Axis is right about the gloves. I’ll tweak them later.

Smile in the front… hehe.

I had a thought about the mountains, have you considered using Terragen and the Ter2Blend scripts? They would give you a very realistic landscape.