Hey everyone! So this is an idea I had been toying with following Pinterest posts about making miniature gardens in lightbulbs. I took this idea a little further and came up with this! 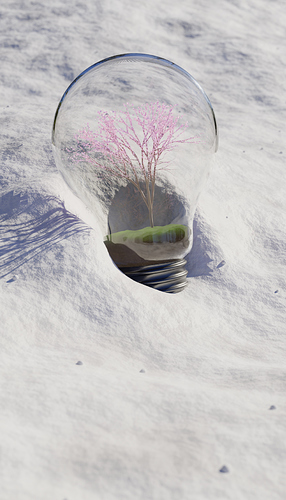 HaitosBlossom.jpg1011×1764 464 KB
The snow material is fully procedural and of my own creation. I know there are some errors in the image which I’ll eventually correct but all in all, this took about 4 hours including render times.

Rendered in Cycles at 150 samples. I used the sapling addon to make the tree and added a particle system for the flowers.

looks good, but the snow kinda looks like dust dont you think?