Hello everyone!
I’m new here and this is going to be my first post on blenderartists

I want to make this fellow (from here) in 3d and, I guess, I got something to work with already.

My initial goal is to make him low poly, so at first I decided to make low poly model, add some textures and voila

I decided to enhance basic mesh a little bit and try to sculpt on it to bake nice normal maps. As for now i haven’t done much, but i don’t like what i see again. Apparently, sculpting is not my strong side too

Could you guys give me some links on good tutorials on sculpting or just give me some advice about how to make that golem look more “rocky” and tell me what am i doing wrong currently?

Started sculpting over. Still could use some advice. 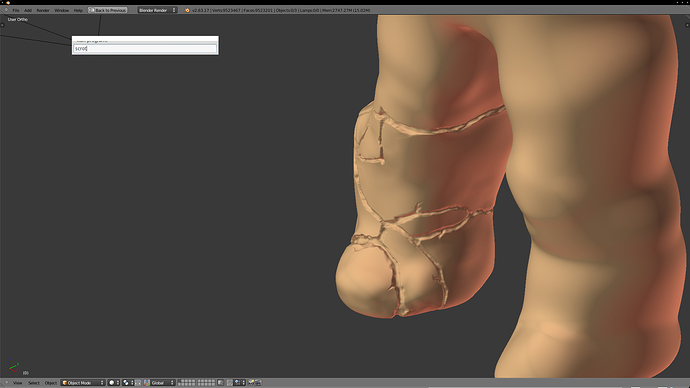 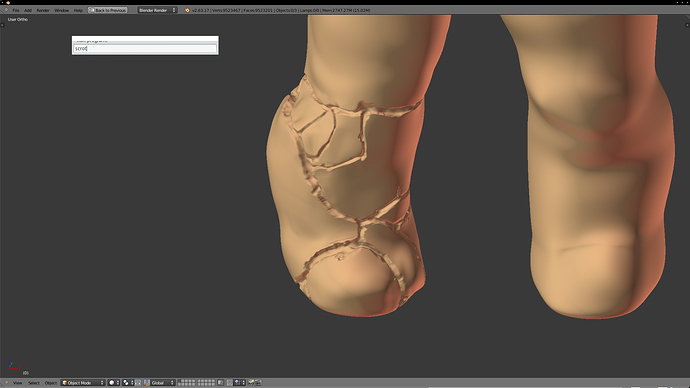 started over again, can’t get satisfying result out of sculpting. I still could use some help 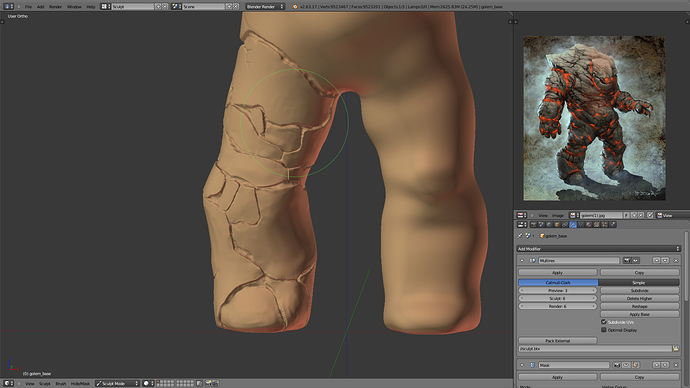 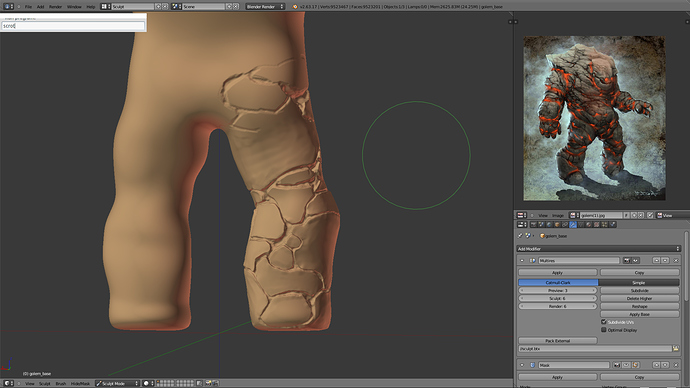 guys, tell me please, is there any way I can avoid these “wrinkling” or “bruising”, I don’t even know how t call it properly. I guess that making another subdivision could help, but it is already 9 million polygons and my 5GB of ram can’t take it anymore, blender literally crashes. I thought maybe i’m using wrong brush(scrape/peaks with plane offset to extrude fractures) or brush is right, but i’m using it wrong etc. Can anybody bring light to my humble issue? 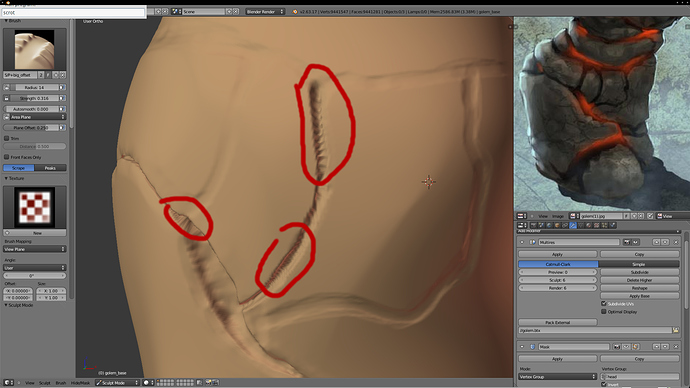 From my very humble experience, if you want to make deep cracks like that, you need a larger number of (subdivided) poligons involved in these points, aka a larger local density.
So I think you should start deflating or carving with a larger brush and then deepen smoothly the cracks with smaller brushes and make both banks closer each other, I hope to be clear enough.

Also the Crease brush with a large size and low strenght could help to smoothly gain the density where it needs the most.

Remember sometimes it can be useful to sculpt at a lower levels of subdivision, so to move and control easily larger zones.

Taking notes here man. I have very similar aliens in my V.O. story! This is a very neat trick you’ve got going on here. Thanks for sharing!

To smooth out the “wrinkles” change your stroke to airbrush or dots instead of space. Do a google image search for crackle texture or something along those lines, And use it as a texture to sculpt with. Also press “H” while in sculpting mode which will bring up the crosshairs, Drag a box around what you want to hide. This will speed you up alot, Because it will only be drawing the faces you are sculpting on. To unhide press alt H.

@sourvinos: thank you for your response! I will consider the increasing of local density as an alternative, but i think it won’t solve the whole problem as long as i’ll have to increase density all over the model which is somehow similar to adding another subdivison in multires modifier

I’ll try to use lower subdivisions at first and apply the tactic you proposed.
Btw, I used grab brush to move banks closer. Is it correct, or there is another way of doing it?
@vert: thanks for H!

i used alt+b, but didn’t know about different function of H in the sculpt mode. I’ll try to use alpha masks, but i’m not sure that i can get the exact cracs i need. Will try and see!

I decided to move away from sculpting and do everything with textures(i’m a horrible 2d artist though). I didn’t bring much light to the scene on purpose - to hide parts which are not done yet 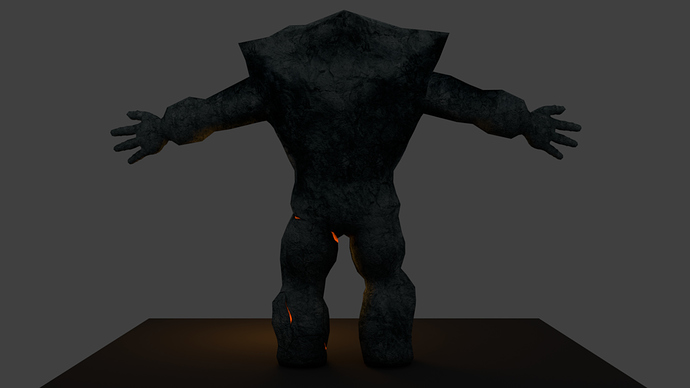 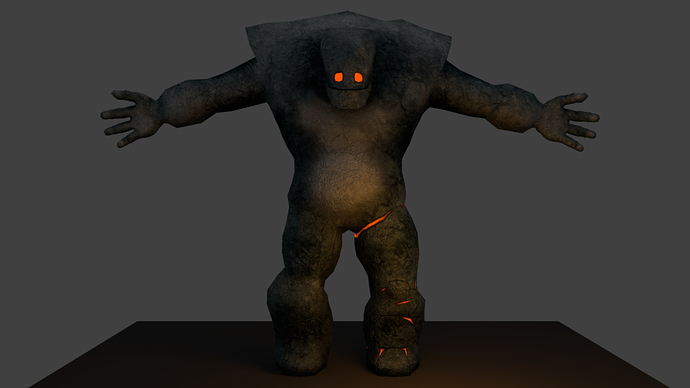 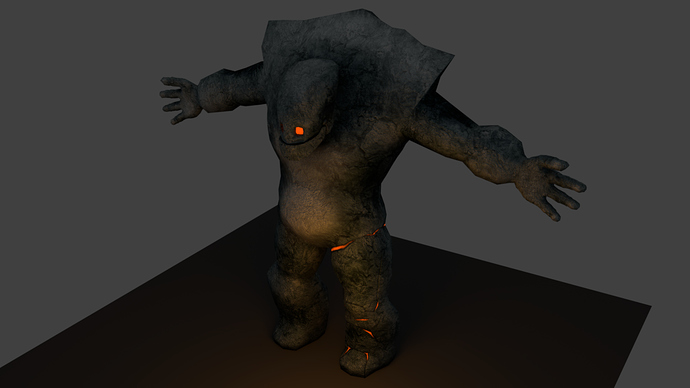 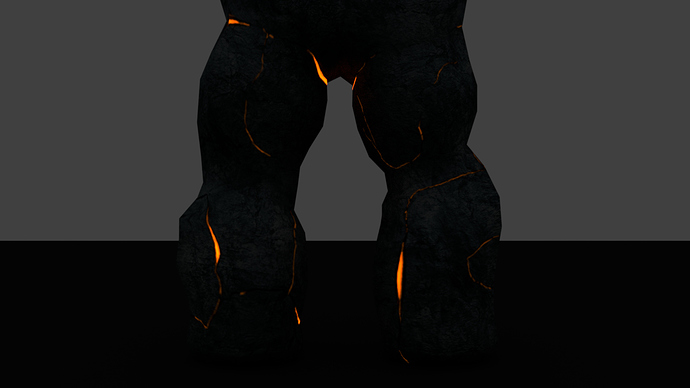 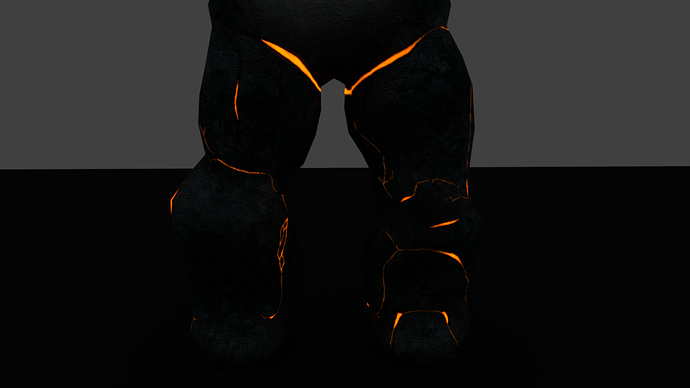 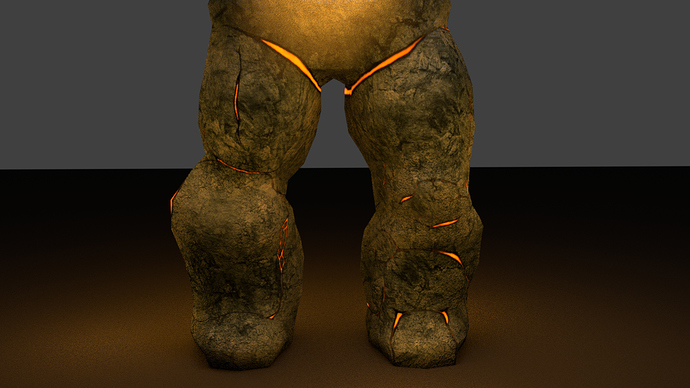 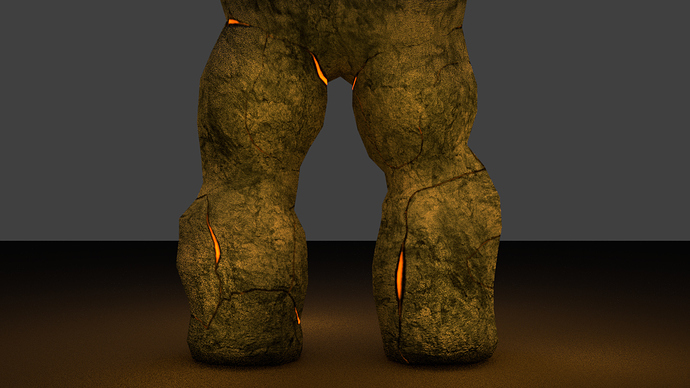 I’m back with some new shots: 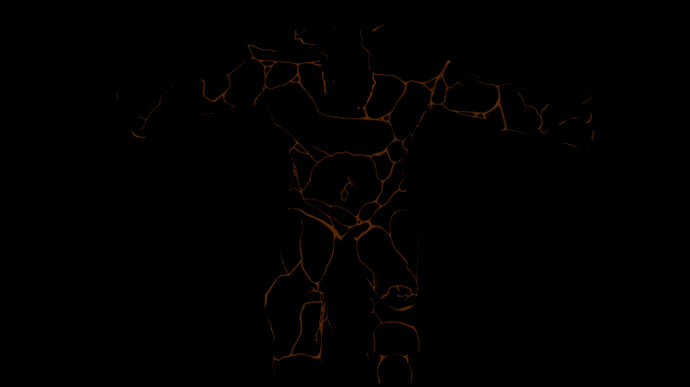 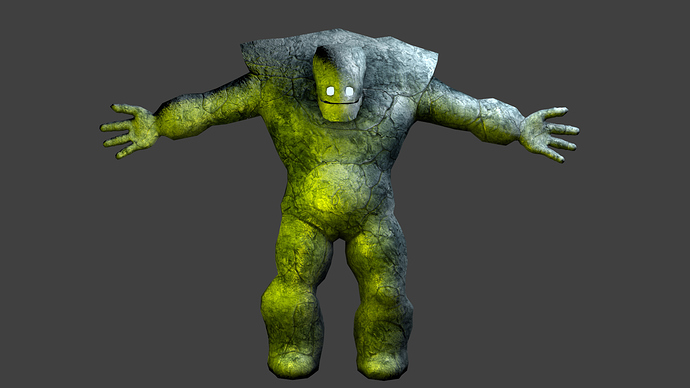 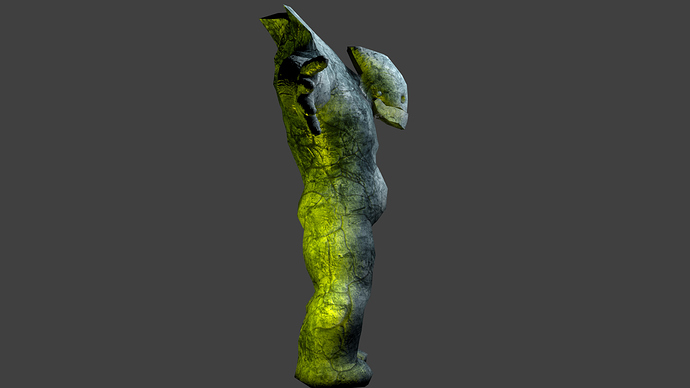 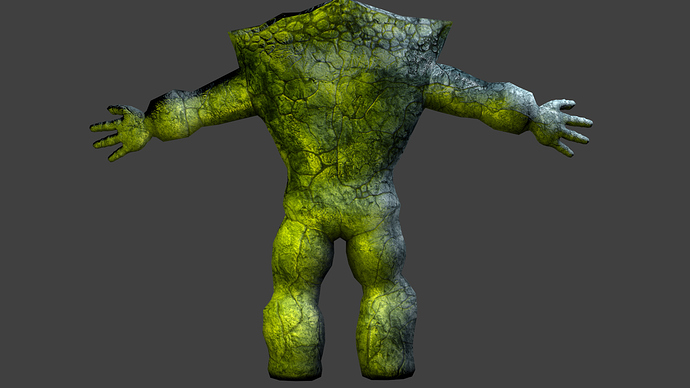 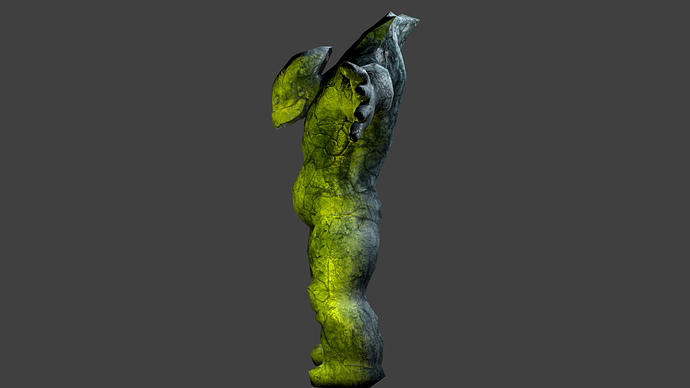 the result is pretty fine to me, still it needs some more love from you;
the subject requests a more dense mesh, currently its low polygonal nature is quite visible.
I would add a multiresolution modifier, even with a low subdivision, and then I would sculpt retracing the cracks of the textures, plus I’d add far more roughness all over, as a rough stone should be.
The cracks should be more deep and more opened at least in some places, so to give the impression that the molten lava is coming from the deep, and it’s pushing the outer banks forward.

Thanks for your response! You’re right, some parts look too lowpoly, i fixed that, but i can’t use surface subdivision since i intend to use this model in game engine and keep it lowpoly

I wanted to sculpt cracks and bake them into a texture, but as you can see from my previous posts, i failed to do that.

About roughness, what do you mean by it? How would you add more? By changing shader or tweaking geometry? I see that some things could be improved but i don’t know what exactly

First image shows how i added few loops to make him look less lowpoly. And on second i applied subdivision surface modifier just for comparison(I could use that for animation in blender). 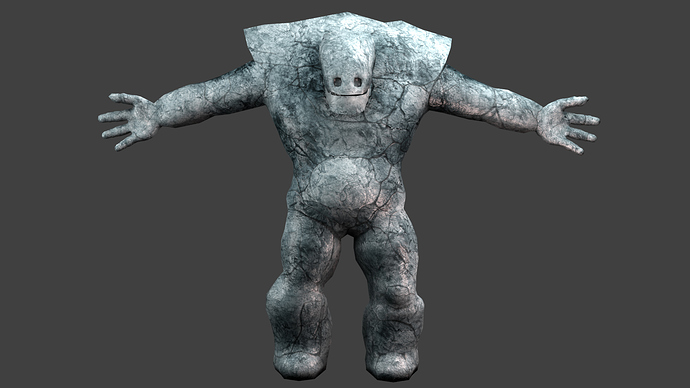 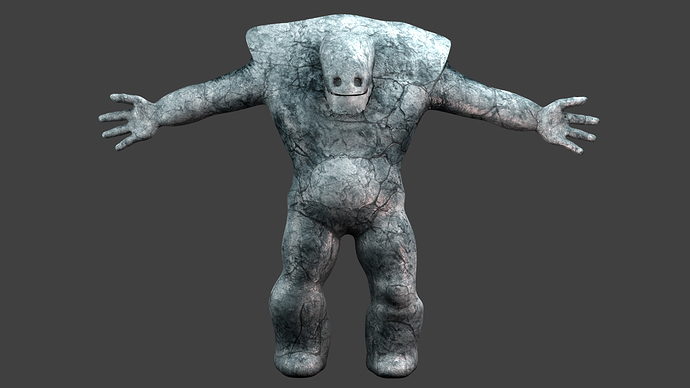 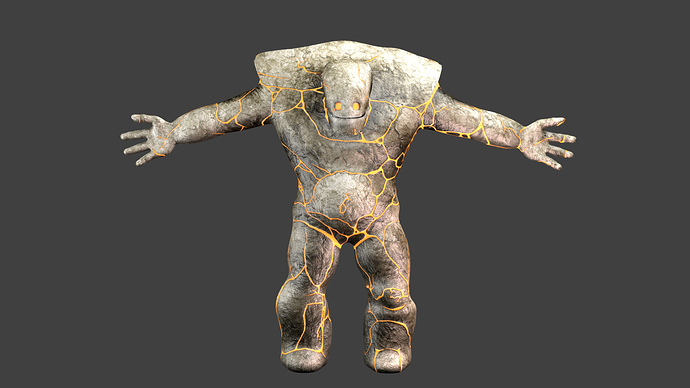 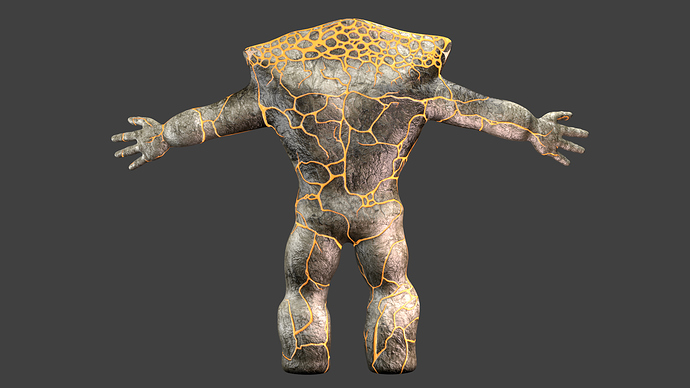 What I was meaning is that you could make some fractures more deep, and the melted lava looking as coming from inside rather than flowing on the surface like a river. Something like this: 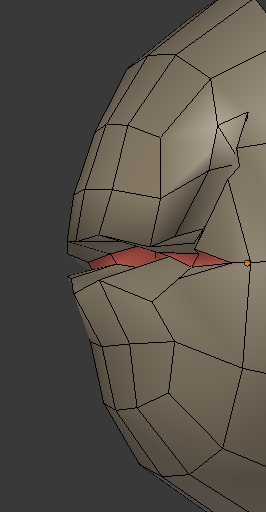 As for the roughness I think to bump or normal textures, something like a rough stone instead of a levigated one as appear now. Also the crack should be less rounded, like a broken dry cookie does.

But it’s only my personal view.

Hello guys! I’ve stopped working on this golem, it’s time to move on to the next target. I know that it has a lot of issues, but i don’t want to see it anymore

I made a rig for him and few animations just to check the rig itself.
Here it is on p3d.in/Q3wLh
You can also download it from my dropbox(it’s CC0) - http://dl.dropbox.com/u/10942488/golem_swap.blend.zip. I uploaded him on blendswap and opengameart, but without diff, normal and spec textures since i used photos from cgtextures.com (i know it was a mistake). Model on dropbox is fully packed with all textures though