Saw another thread in here for a lavalamp which inspired me to give it a go.

I really wanted to use radiosity for the lighting but I just couldn’t seem to get it to radiate light onto the nearby walls. I am determined to revisit it and see if I can’t get it to work better, but here is the version with faked lighting using spots. 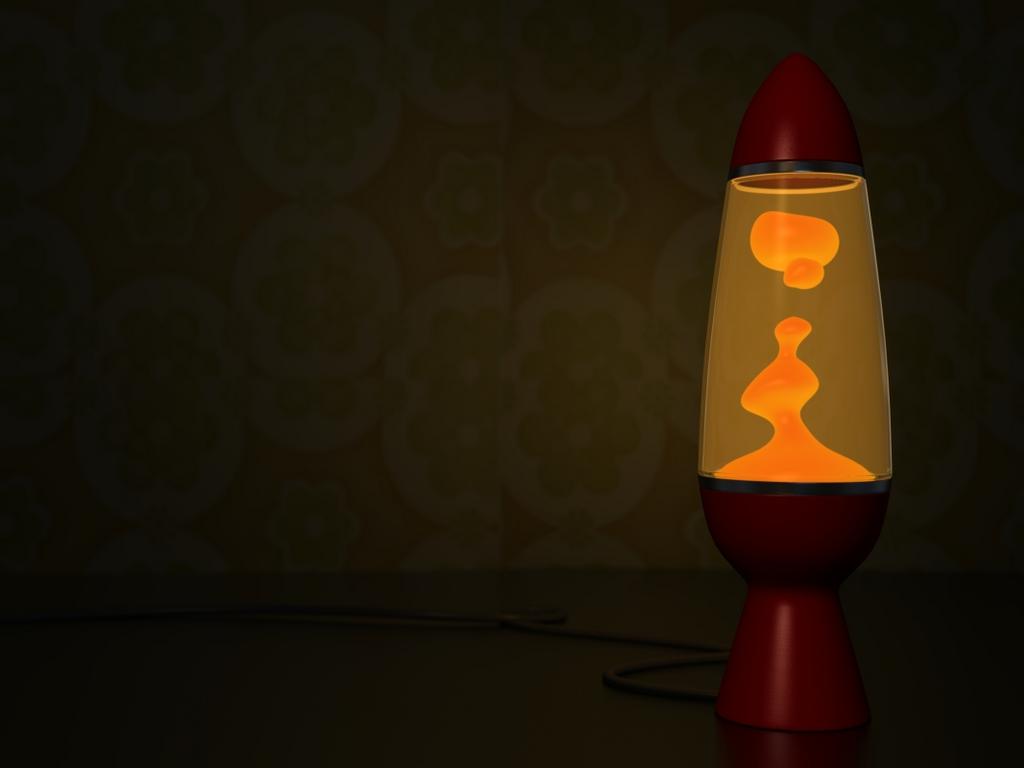 looks good, needs more spec on the glass and maybe some IOR (on the glass not the stuff inside the glass)

There is some IOR happening, but because its such a dark render it doesn’t show up too well. I have done several other renders which show a good amount of refraction of the wallpaper behind, but they expose other weaknesses in the image. Like the fact that the wallpaper is tiled badly :). I have spent several nights trying to get the right balance of lighting and materials and its starting to wear on my patience.

I left the spec low purposefully…the lavalamp is supposed to be the main source of light in the room, and so specularity would only show up if there were other light sources. There is a small amount of HDRI reflected just to give some depth to the metallic rings above and below the glass.

I also tried playing with Radiosity last night and found that the emitting objects tend to blow out the image and without the proper diffusing of light by a physically accurate oily liquid it is very hard to match a lavalamp. I didn’t have the willpower to try adding actual liquids to the lamp - in fact the glass itself is faking the appearance of there being liquid inside. The glass is a transparent orange material with filter set high.

I like it! …especially the looping of the cord. Did you use armatures for that?

I can probably tile that wallpaper better for you. It wouldn’t take me long in Photoshop. Hit me up with a message if you want.

Thanks Quantum Anomoly. The cord is just a curve path with a slightly oval curve circle as the bevob. I subdivided the path and arranged the points manually. I tried rotating the path points (T key) but that yielded some odd results where the cord thickness got distorted. Not sure if there are some options to prevent that.

The tiled wallpaper is an image I quickly grabbed from the web. I then made my own version of it in Inkscape so that I could prevent the seams, but somehow the imperfect photograph that I referenced looked better than my superclean inkscape copy. I tried to dirty it a bit in the Gimp but pretty much failed, so I will revisit that at some stage.

Looking good. The “lava” in the lamp itself is quite well done.

Looking forward to an update!
//Mathias

idk what it is then. Something is wrong with the liquid/glass of the lava lamp (not the wax that makes the bubbles). It just looks off. Not see through enough compared to most lava lamps…
u shud change the background too. There’s so little contrast in this picture. Makes it a lot less interesting to the eye.

I don’t think that Blender’s SSS, fluids, and lighting is quite this accurate. But I did consider doing an animation with the lava just slowly bobbing up and down.

Anyway, here is the halloween version I was thinking of - just for a laugh. Its not quite complete, and I rendered it a bit brighter, but it needs further work. 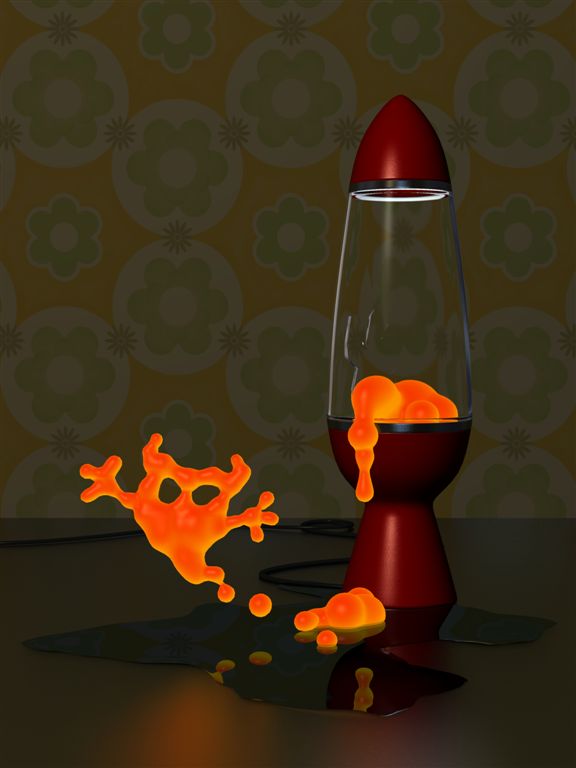 Looks nice man! But maybe try and make it into more of a roundish at the top and then it gets skinner at the bottom of the ghost. Good luck!

Dudebot13 - thanks for the tip. The lava is just metaballs so I should be able to tweak the thickness fairly easily. Though if I add thickness to the head I would probably have to make the eyes sockets instead of holes.

I am having real problems with the brightness of the image. I am switching between a CRT at home and an LCD at work and its really hard to get something that isn’t too dark, but yet still allows the lave to have a the appearance of being aglow… If anyone cares to let me know how it looks on their screen (and what sort of screen it is) that would be really useful.

Here on LCD it is dark.