Today I was watching the Blender show and mr. Vazquez told that some company’s lawyers approached BF and said to remove a feature that was in development and threatened to make a law suit against if not. What a hell was that?
What was the feature?
Is this even legal?
It pisses me to no end when some fuck wad manager that doesn’t even care about own software loses sales because of supreme software and uses legal grab ass tactics to destroy the opposing company.
What World do we live in?

The information here is kind of vague, what feature, and what company is making the threat?

I don’t remember that happening to Blender off the top of my head, but it does happen. Adobe and Macromedia sued each other for patents and UIs and things back in the day (Adobe eventually bought Macromedia).

Yeah, creating this tread without even posting the link to the video and time mark being referred to is very, very weak! I had to scavenge for it myself, here it is: 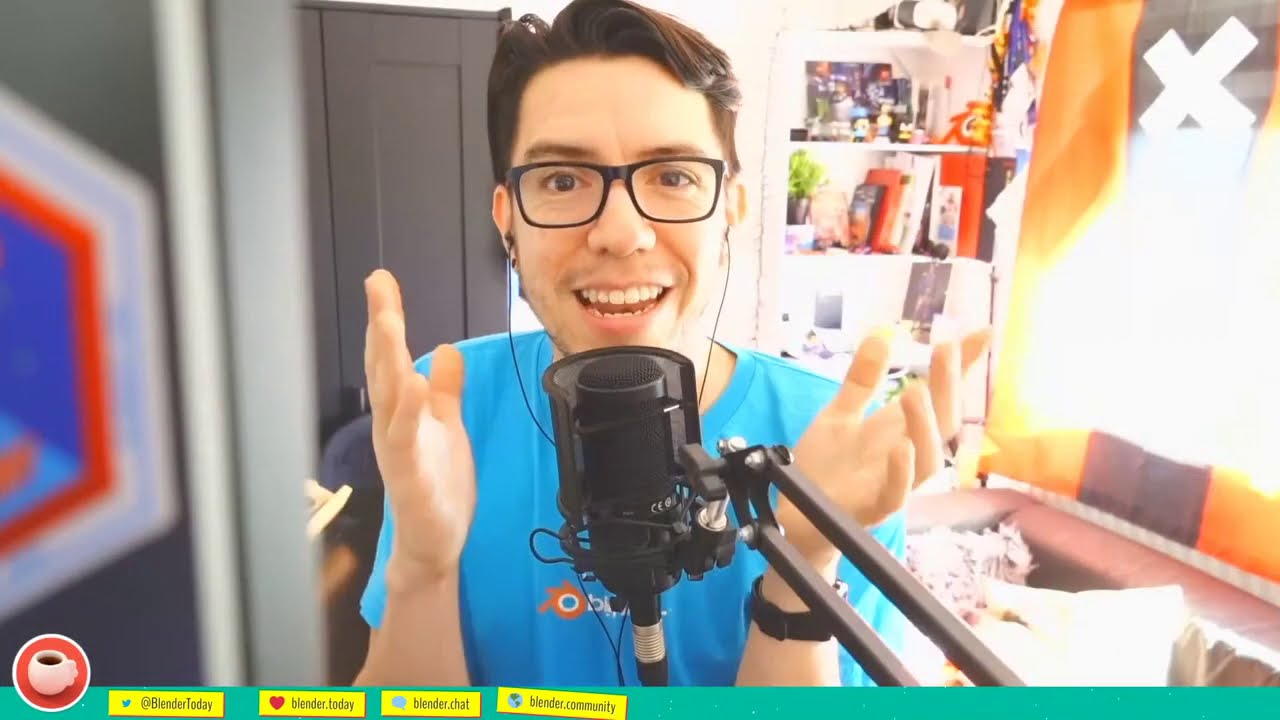 The thread title is misleading at best though. The main talk in the video is about a rule to not post screenshots of other software or even mention other software names on devtalk (which is also pretty weak IMHO). Non the less the incident of BF being contacted by lawyers with cease and desist is described as something that has happened in past, not something that is currently happening.

The thread title is misleading at best though. The main talk in the video is about a rule to not post screenshots of other software or even mention other software names on devtalk (which is also pretty weak IMHO). Non the less the incident of BF being contacted by lawyers with cease and desist is described as something that has happened in past, not something that is currently happening.

I assume the BF does not want to take any chances regarding legal matters (as there are many companies that are quite trigger-happy on lawsuits), so doing an exact copy or a near-exact copy of a feature found in a commercial solution (from the UI to the workflow) would be enough to set them off (as the patent wars within big tech. can attest to). The BF also cannot afford to go through the legal process without slashing Blender’s development budget.

Now I do wonder if they would accept screenshots of other FOSS solutions (like Dust3D), no patents or lawyers to potentially run into at least.

That was always the recommendation for users in open development tasks or in-process patches on developer.blender.org

I’d bet that whatever company it was, they most likely have some product forums which aren’t completely free of references to other software, commercial or not

It’s borderline impossible to avoid that after all, as forums consist mostly of user generated content.

Regarding references to other FOSS software, that’s fine (obviously), based on what Ton said in the mail:

These things can always backfire. GPL licence prohibits from using code in commercial products. So let’s say for example new Zbrush would implement something like a cloth brush. If the implementation was suspiciously close, and for example Pixologic (makers of Zbrush) were the ones behind the patent trolling, then it could be turned against them, as the burden of proof that they are using no parts of (freely, publicly available) Blender source code would be on them.

And even if that did not turn out to be the case, it would still be at least annoying enough process of disclosing their proprietary source code for comparison that they’d probably think twice before trying anything like that again.

What I am trying to say is that if any company comes in waving the lawyers around with the accusations of some IP infringement or patent infringement, it can easily turn against them with the accusation of GPL license violation. It’s not that hard to believe other companies get “inspired” by some Blender features, and some of their staff may take a peek in Blender’s source code “just for inspiration”.

So let’s say for example new Zbrush would implement something like a cloth brush. 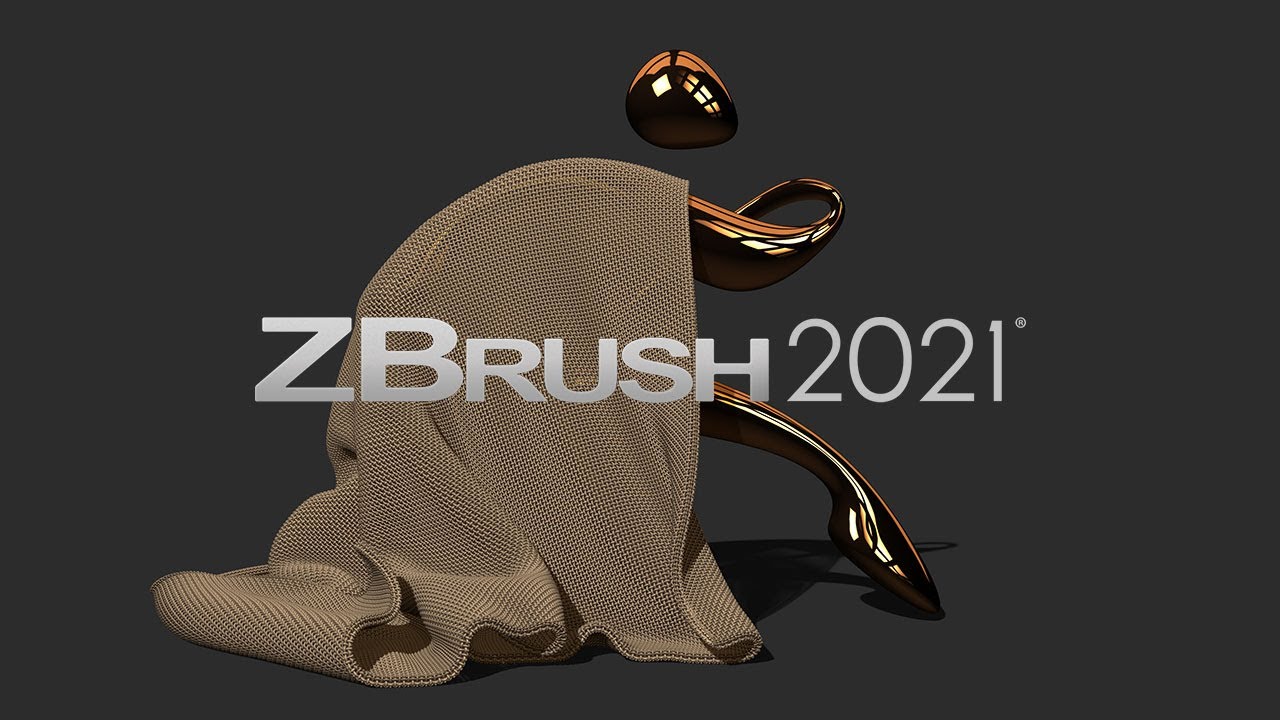 I know, that’s why I poked fun at it

What World do we live in?

well to say it all, also this sentence in this context is weak.
It’s not this kind of things that makes me think “What World do we live in?”

…so doing an exact copy or a near-exact copy of a feature found in a commercial solution (from the UI to the workflow) would be enough to set them off (as the patent wars within big tech. can attest to).

If we are talking about Marvelous Designer here, i find that whole thing very amusing.
Talk about sitting in a glass house, throwing rocks…
NOTHING in this tool is unique and original. The only thing they created was the feature of having the ability to grab the cloth while it simulates. Which is directly taken from reality and can’t be patented.
The cloth sewing features are directly taken from reality, not to mention present in 15 year old cloth sim solutions.
They have absolutely no basis in claiming anything original here.
The UI is also very generalistic in its functionality. You click on a tool and then you use it. There is no innovation, or anything that is so different and unique to the UI that it deserves a protected status.
You can’t patent a cloth brush nor a cloth simulation, nor a procedural landscape creator or procedural plant creator. The law is mainly concerned with branding and direct design copycat’s, or directly stolen code. If the workflow is so generic and consists of elements you’ll find in EVERY computer program you can’t patent it.
I think they are reaching very far, but a judge would strike their claims down in a second.
This appears to me as mere signalling of displeasure, a threat aimed at causing damage through monetary means (aka a frivolous lawsuit if they would actually sue) and a part of me would wish the BF would counterattack with a lawyer. But shit costs money. So i can totally understand their view on that.

Edit: After thinking a couple minutes longer about it: I come to the conclusion that I can also understand the viewpoint of the MD lawyer.
They have to protect their brand at all cost or they might see some damages in the future because copyright laws are warped and distorted mental constructs invented by crazy capitalists. So they have proactively fight for their branding/corporate identity even if there is no real cause in the moment so they have the proof in the future that they always defended it. Copyright laws are crazy like that.
So its probably not driven by them feeling angry or something emotional- its just something their law department has to do regularly.
This clearly conflicts with what i said earlier about their motivation - but I leave it there as it is.

So it was MD lawyer and it was about grabbing cloth while simulation is running?
I need this in Blender.

No I am absolutely speculating here or rather repeating rumours. I should have made that clearer.
In regards to grabbing cloth while its simulating, I think the latest iteration of the Cloth brush lets you do that and collision with objects is coming too.
I am having problems keeping myself updated about what Pablo does.
Should be in 2.91 alpha…

You can’t parent software in the Netherlands, so the BF can pretty much tell lawyers to f off for anything. Joe Alter tried to pull the same scam years ago when hair was first implemented in Blender. He’s also the reason you couldn’t (still can’t?) buy Yeti in the US.

The UI is also very generalistic in its functionality. You click on a tool and then you use it. There is no innovation, or anything that is so different and unique to the UI that it deserves a protected status

Not only that, but when I started using Marvellous years back the UI was a nightmare. It was only after it became popular in 3D games/film industry that it started to implement a standard UI/UX based on programs in those industries. If not for the CG industry popularising this tool it would still be an obscure program(with a nightmare UI) only used in the clothing industry.

Rich indeed coming from them.

I also think Joe offered the Shave SDK up to open source developers back in the early 2000s?

Unfortunately real world do not work in this way. Patents laws are corrupted from beginning, mean hundreds tears ago. People, companies try and often successfully patent stuff “Which is directly taken from reality”. When we talk about software some companies make very “broad” patent, mean they cover may stuff and in practice block other to make similar stuff.
Blender are in tough position. I start to use Blender recently but follow his development many years.
Remember time when Blender do not have proper knife and bevel. Bevel was big problem because Blender developer had to reinvent bevel algorithm. Because every company patent his algorithm.
One my friend, Blender user, say that everyone can “borrow” from Blender, because he is open source, but Blender must make his own stuff. This is probably simplified and not accurate, but I guess that he make a point.

everyone can “borrow” from Blender, because he is open source, but Blender must make his own stuff

Not really, unless they make their software under GPL.

Well, I’m not lawyer or someone who studies this topic seriously. Couple years ago on one another forum was discussion about broken patent laws. Topic was different software, but one ( I guess ) blender user mention Blender and give couple examples. Again I’m not lawyer or “internet expert”, but often listen what people have to say, mean people which dig some particular topic.
…Insydium, developer of X-Particles for C4D, “make” Cycles for C4D. His version are not cheep, when they criticized him for it, their response was that they were donating to the Blender foundation. btw. this donation was very “humble”

So, they make ( expensive ) commercial software from “free for all” stuff.