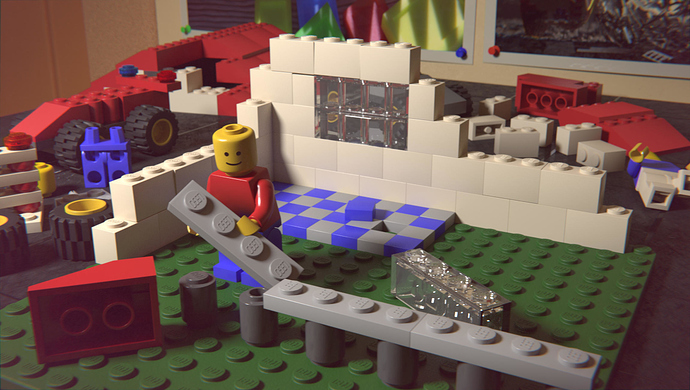 I originally made this scene sometime in 2014, and I was really proud of it. Looked at it again a few days ago and thought, I can do better than that. So I replaced all the materials with PBRs (the LEGOs actually only had Diffuse shaders, can you believe it?), added some stuff to the background, redid the bevelling on every mesh in the foreground and then sat idle for over a day while my computer slaved away.

It’s mostly 1024 samples because I re-rendered the transparent studs with different material settings at 1536 before putting the image together, and the doorframe in the upper left hand corner because the original turned out a bit very ugly for my taste, at only 64 because it’s not a particularly fancy material that needs a lot of samples.

To make it look like a photograph taken on my phone - an early HTC One M7, with a dodgy sensor - I overlaid an image taken in complete darkness, which results in only the purple tint, and I put in slight motion blur because nobody in the world holds a camera perfectly still anyway. I don’t actually think my phone has noticeable chromatic abberation, but I really like the effect so I put it in anyway. It’s also rendered at my phone’s native resolution. The DOF in this version is also in-engine rather than done by the compositor as it was in the original.

For comparison, this is the original version: 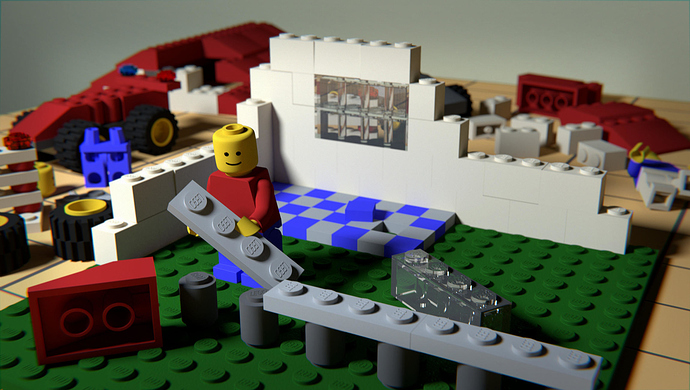 And finally, these are the images on the wall behind the scene, earlier renders, both of which I am quite fond of. 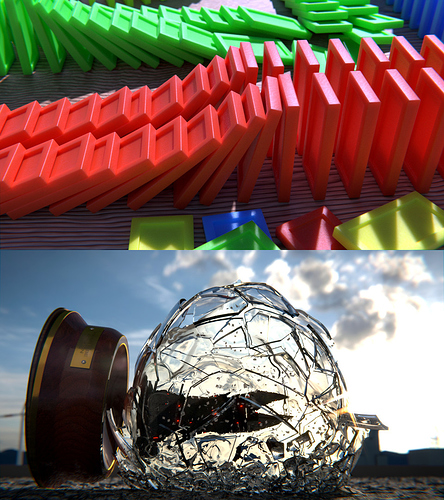 Edit: Damn, I completely forgot bevelling the base plate.

Edit #2: Fixed the base plate. Blimey. That was daft.

Re-rendered the glass blocks, as I was told they were too glossy - and while I was quite satisfied with the original, I do agree in hindsight. 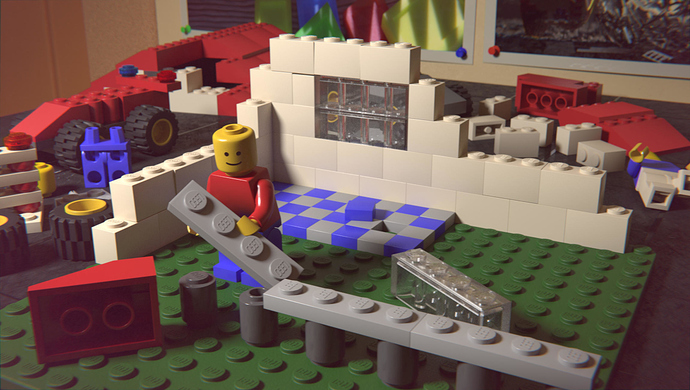