Broke down and decided to make a new car. I wanted to wait longer before I started another car project but this project has will of its own. Anyways made some (crappy) blueprints and started work on the body. Its a concept car that I wanted to fallow the lines of a LeMans type race car. 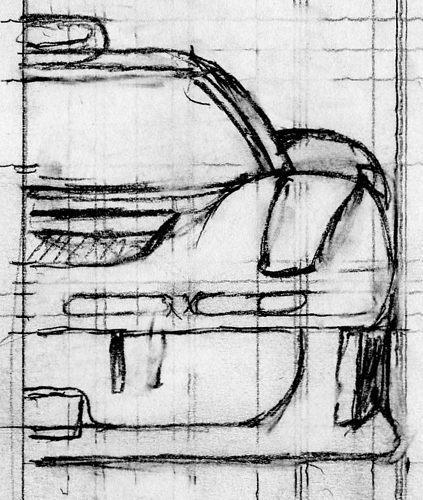 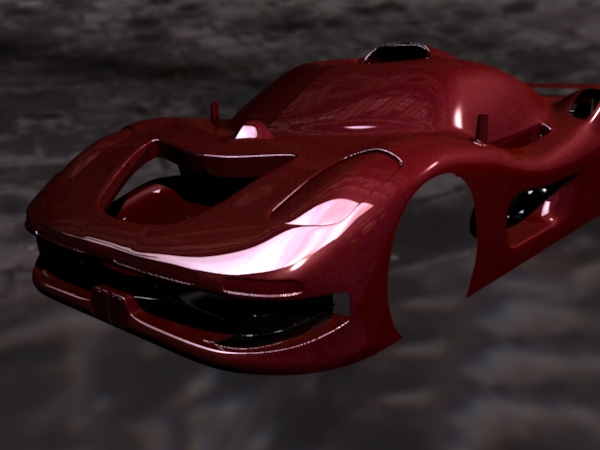 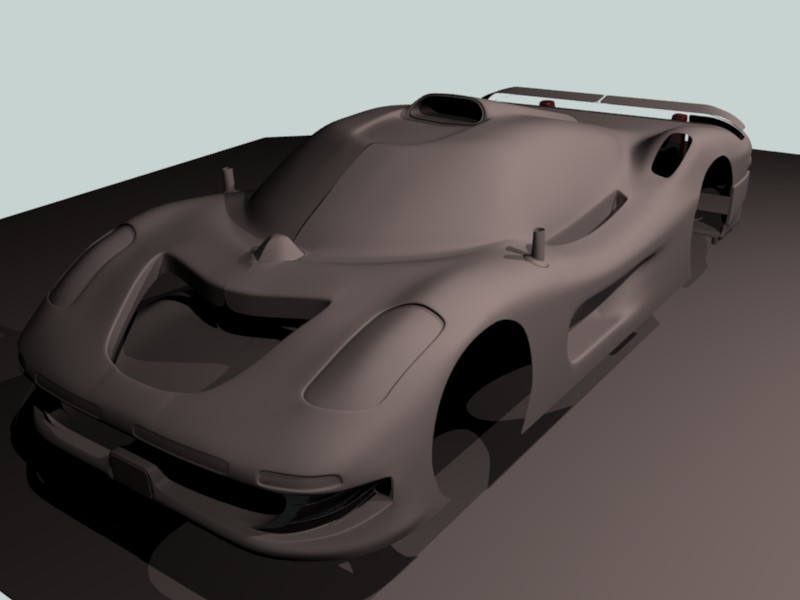 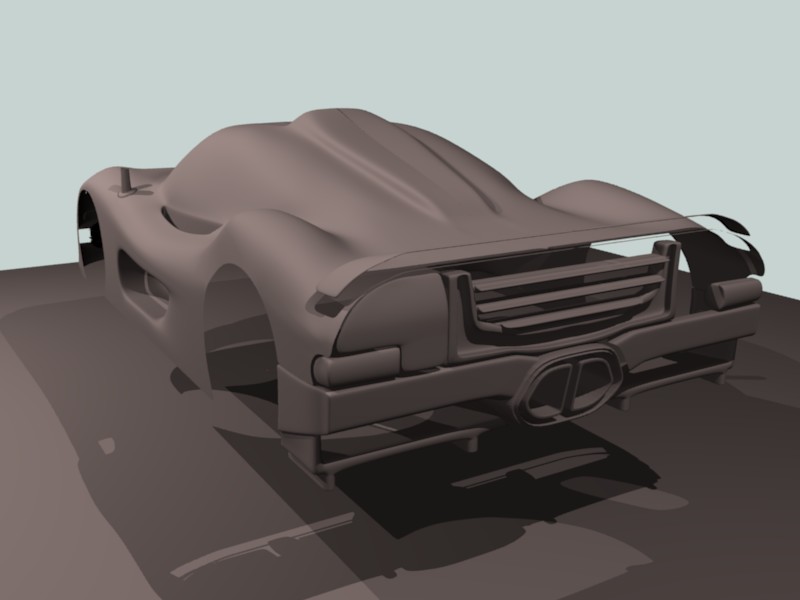 You can do clay renders in Blender? How do you do that?

The car looks nice so far.

with AO if i am not mistaken…

Changed the look of the head lights, made them larger. Made cuts for the windows, doors, body panels, etc.

The tires and wheels are just temporary. They’re just there to help judge the overall scale.

These are the pistons and mounts used to control the retractable rear wing.

Other things are: i’m going to totaly redo the back end (except for the exaust). I got rid of the little nub in the front of the windshield…supposed to be for the whiper but it didn’t look right as a part of the main mesh. I also tried to smooth several slight displacments in the mesh.

Update:
THe headlights are almost done. Added radiators where the big hool in the hood is (bet some of you were wondering what it was for

)
Starting to combine the two halves.
How does it look so far?

jummy, looks nice, bigger rims would make it better (even if they are just temporary)
but jummy non the less

I agree snelleeddy …I plan on working on the wheels, rims, and brakes when I get most of the body done.
right now i’m having trouble with the lights… I want to put lights inside the light “housings”
but when I do that the light goes thru the housing, lighting up things that are not supposed to be lit.
Any suggestions?

I really love that. No crits!

…but when i do that the light goes thru the housing, lighting up things that are not supposed to be lit.
any suggestions?

Here is a picture of what i’m talking about: 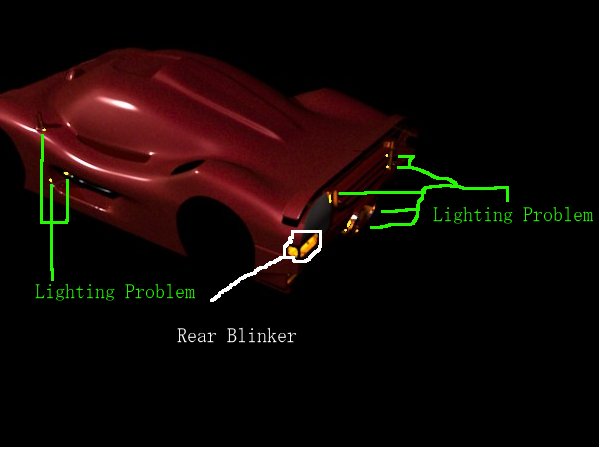 wow, u got far on this

Hey, that’s a really great job you’re doing, there. Better than I could do.

Good detail your putting into it. About the lights I really dunno, only thing I can think about is that they are rendering artefacts cuzz normal lights cannot reach most of those spots due to the model obstructing the light to reach those spots… Really odd. So rerender in another position and they might be gone (but then again you probably have tried that.
Or change the light type in yourblinker to a directional type of lights.