Ya I wonder! I did try APIC with 2.92 real quick and not sure I saw any improvements… but I didn’t play much with it either. I’ll give it another go tonight

Actually hey everyone. I may be close to a solution for mass conservation / volume loss issue. Playing with Narrow Band Width setting - which to my understanding removes particles from the inner volume of the fluid to save on calculations (seeing as how it’s mostly the surface that sees activity that requires constant calculation). Looks like by increasing Narrow Band Width, the simulation will fill the inner volume with particles giving more accuracy. So far so good, my volume is remaining!!

I’m also playing with Fractional obstacles settings a bit to see if I can smoothen the boundary between fluid & obstacle.

In some situations increasing this value can help create volume when the simulation appears to leak. In all other cases it is best to keep the narrow band as thin as possible since the liquid surface contains most details and simulating particles inside the liquid is not an optimal use of computing resources.

Am I crazy or is a moving glass/cup a totally common scenario for fluid simulation?

It is but mantaflow in blender is not handling it.
Mantaflow should work with static obstacles. We can cheat with fluid pushed by obstacle.
But fluid inside an obstacle is too much complex for present stuff.

I don’t know why. It looks like particles have always lower velocities than obstacle ; although it should not be possible.

For this particular case, you have more chances to obtain a satisfying result by using fluid type of regular particles system for SPH dynamics than with mantaflow.

Hey @zeauro thanks a lot for your response! It’s a great lead - reading into SPH now.

can you give me a simple setup where a inflow liquid follows a curve guid it seams not possible to me.
Would be great if you could point me in the right direction. 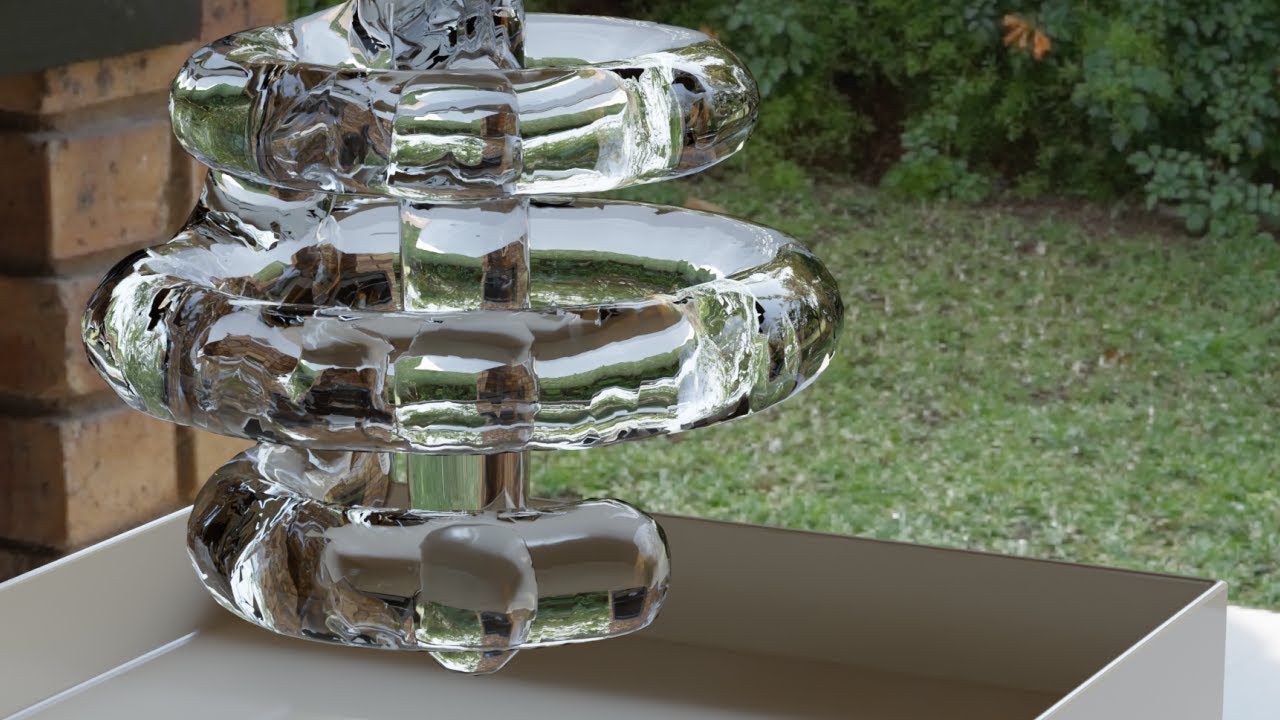 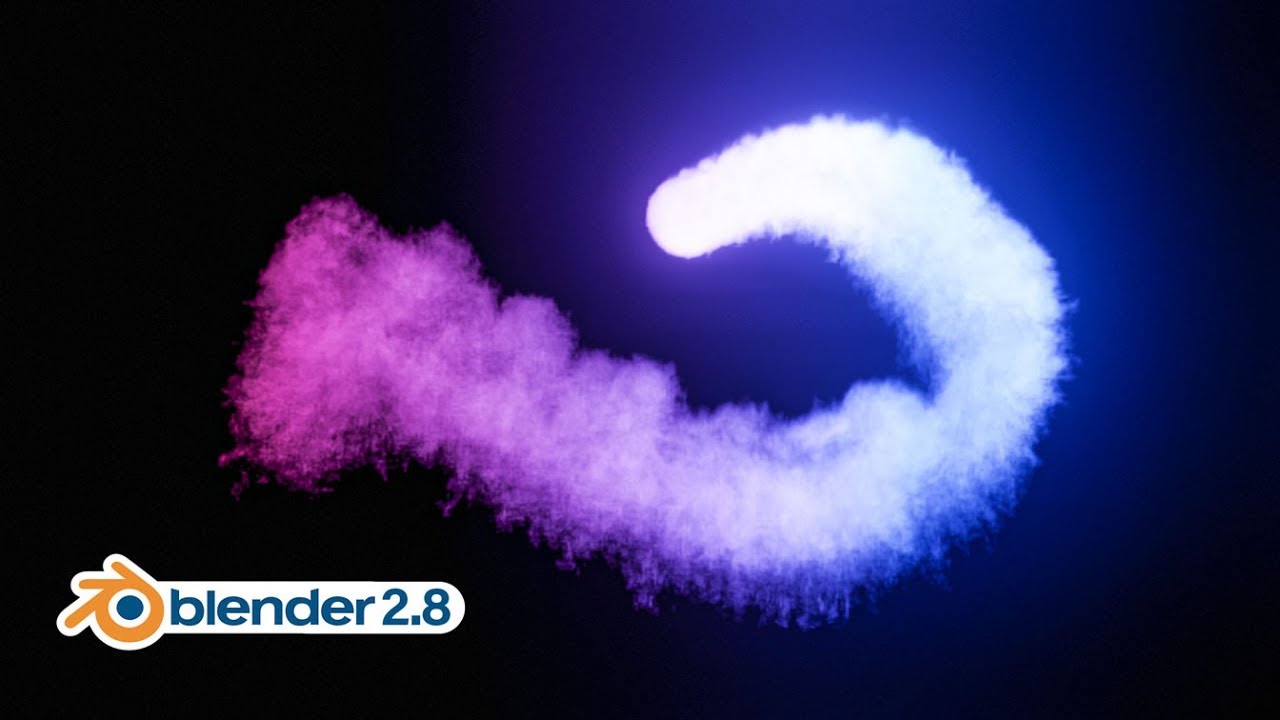 Curve Guide is a weird type of force field.

There is no force involved, here.
Because it was made to guide emitter particles of old system according to Path Animation panel settings of the curve. In other words, it asks to particles, at proximity, to forgot about their dynamics and physics settings, and just follow the curve.

That will not be interesting if you want Mantaflow dynamics.

What you want is a curve used as a Force force field.
A force field Force but using a Curve shape.

At that moment, you can precise a negative value for the Force that will attract particles to the curve.
So, if you position start of curve a same place as inflow, liquid produced by inflow should follow curve if absolute value of Force is sufficient to fight against gravity.
And of course, settings like Flow value and Maximum distance of Falloff are important to avoid a chaotic result and keep particles flow looking like a curve.

If you do the adjustment I am talking about and see no change ; that may be due to the fact, that particles cache is not refreshed, when playing with settings of a force field.
You have to tweak a domain setting like resolution, after each modification of force field settings, to see the modification happening. That is an annoyance that exists when particles are involved.
I am used to pin domain settings in one Properties Editor, and display Force Field settings in another one.

Hey guys, I have been using Mantaflow since its early release and its certainly has a lot of potential. But there is one thing (alongside many, lol) that is frustrating me very much: I can’t get motionblur with Gas simulations to work. I checked all the boxes, looked for hidden toggles, but it seems to either be missing completely, or be a long-lasting bug. I searched everywhere for an answer, but nobody seems to touch this topic. I know, that this is not a thread to submit bug-reports to, but I hope that one of you guys can help me answer this question, so that I can make a bug-report/feature-request. Wish you guys a nice day! (2.93 Alpha)

You are right. I wish there was a solution to decay force along the curve.
If we could have a curve falloff using wieghts of control points, that would be ideal.
Or that we could have a kind of None force field that would annihilate them for a specific region of domain like outflow object does for flow.

Unfortunately, there no easy solution for the moment.
Most of time, I avoid to use a big inflow. That way, max distance of force field can be relatively small. With a flow value around 0.75, particles can follow curve enough and but not at a point that they will not be pushed out of distance of influence of force field, when accumulated at the end.
That can do the job during enough frames before the simulation goes mad and some particles start to go backwards.

Another solution is to use an outflow object to kill particles at the end of curve.
Create another simulation with an inflow at the end the first one’s flow.
As long as cache names are not the same, you can have several simulations in same .blend file.
Of course, you need to bake first simulation before thinking of creating second one with disabled Curve Force Field.
Or you can fake first simulation by animating a mesh to elongate it and displace it and use only one simulation without tricks.

Or instead of using a curve force field, you can try to animate a mesh following the path described by curve object and use this mesh as a Mantaflow’s Effector guide.
That is complicated. I don’t have time to describe it.
It is better to search for video tutorials about Mantaflow’s guides.

I can’t get motionblur with Gas simulations to work.

Motion blur is a rendering feature. Problem is not only related to Mantaflow.
Rendering Engines are involved.Developers are aware of the problem.
For liquids, a mesh is generated. Domain is not a moving object. Velocities info are stored by vertices to allow those engines to create a motion blur.
Unfortunately, that is not pertinent with volume grids.
For volume, you need to store subframes. In gas inflow properties, you need to increase Sampling Substeps setting.

Just wanted to note that motion blur doesn’t work for liquids either. I’d suggest to use something like RSMB Pro after you render, because currently there’s no way to get it inside Blender.

Just wanted to note that motion blur doesn’t work for liquids either.

Well. It does not work with default settings.
But if you enable Speed Vectors option under Mesh Panel and use Uni format instead of OpenVDB as Format Volumes under Cache panel, it works.

No it doesn’t, since Mantaflow was added I’ve tried every release with all the options available in the settings and the speed vectors are just not generated at all, or just for a few frames. Is not usable.

It is supposed to have been fixed, last summer according to sebbas.
https://developer.blender.org/T78442#982856

I just did a small test with 100 frames and none is rendered without motion blur.
For me, it works for Cycles.

Indeed, EEVEE cannot exploit speed vectors unless it is composited with a Cycles vector pass through a vector blur node.

I was not familiar with its motion blur.
But it looks like you can use accumulation steps to obtain a decent result for an animation without taking care of speed vectors. That would imply to bake a lot more frames and scale down time of simulation. A not very practical solution.

Thanks for checking it out. So far I haven’t been able to get good results for motion blur but I’ll do a clean install and try again.
Motion blur should be not only possible, but also on by default; sadly like many other things in Mantaflow, this seems to work only sometimes and under very specific (and not explained anywhere) conditions.

One more argument to have it in a separate test branch until it’s really ready for production and keep the Elbeem fluid sim as a placeholder, I can’t believe I miss the old one

Tried new apic solver and viscosity solver. I’m realy glad manta in blender is taking good shape. Still there are some issues i think that had to be addressed.

For example, in case of viscosity, along with it, it’s very important to have friction control on obstacles. without it fluid behaves unnaturally, as if obstacles have zero friction forcefiled around it. I know of no viscous fluid not sticking to anything it collides, so practically there still is no way of doing realistic viscous fluid sims in blender.
Another issue i have is related to scale. We still have no means to change simulation scale. It is computed from objects size and scene. And scaling whole scene setup with simulation is not a good way often. I think there should be parameter for scene scale just like we have one for time.

Is there any To-Do list? Any way of knowing if we’re getting collision stickness working with fluid particles at any time in the future? I don’t get what’s the point of having ability to simulate thick liquids, if the only realistic honey I could make would be one poured at a non-stick pan. Even water should stick. It’s a crucial element for realistic simulations, and if realism is not the point of the simulations, I don’t know what is.

Hope you all are doing well !

Does anyone know why I have this ‘‘grainy’’ effect with my sim sometime ? I can’t really pin down the issue but it look very unnatural to me…

It doesn’t do that with all my simulation, for example, you can see I have bake some sim and it’s doing fine. It seem to be related to the timestep setting… But I’m not sure. 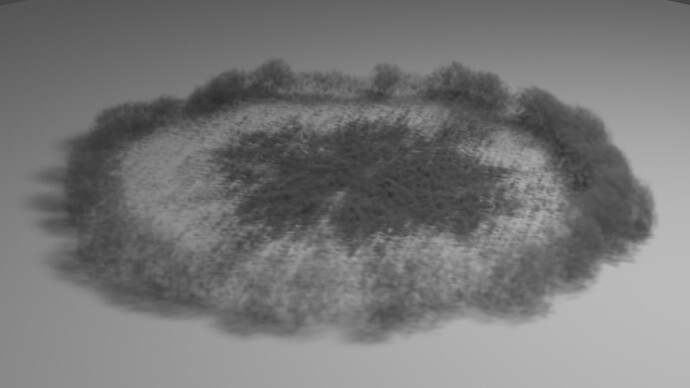 But sometime it is working 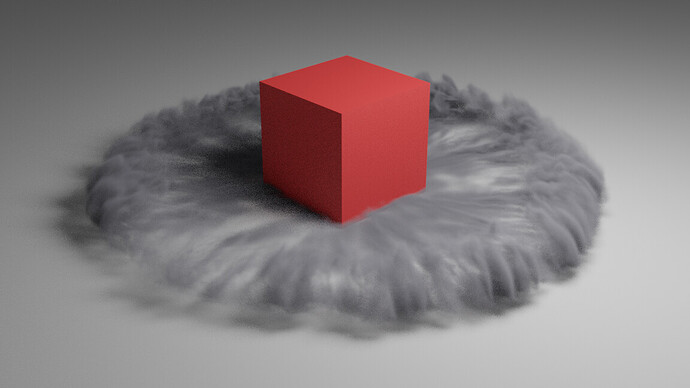 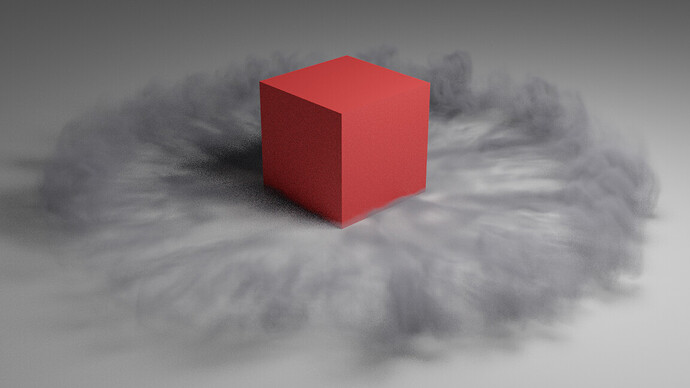 Here is my setup :
It’s a ball of smoke and a force field over it. It push the smoke very fast to create a ‘‘punch ground’’ effect. 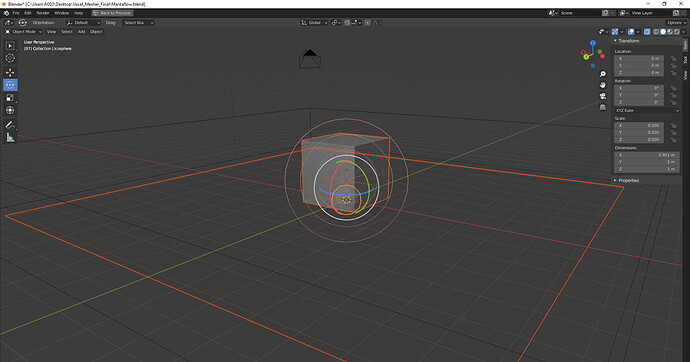