I may have hit the LOD functionality wall.

I discovered that if you have a modifier on your main object… it doesn’t go along for the ride with the LOD setup in the Properties Tab. I tried doing it internally with logic bricks by using Edit Object/Replace Mesh, and that doesn’t seem to work either. Both systems will switch the mesh, but the modifier gets the boot.

I did some digging and came across this info that I’ll add as a screen capture image.
This issue was known from V2.79!
Any chance this has been looked into or will be looked into? Or does anyone else have a solution?

I’ll elaborate on my situation. I have a grid with an animated Ocean modifier. Looks great… works great. Thought I’d make some LOD levels so that I can tile it a little and not get hit too hard on the FPS. So I tried the Level of Detail tool thing… and I can get it to switch to the new mesh all right, but no more ocean animation. Same deal when I do this with logic bricks. I can get it to switch… but no Ocean motion. 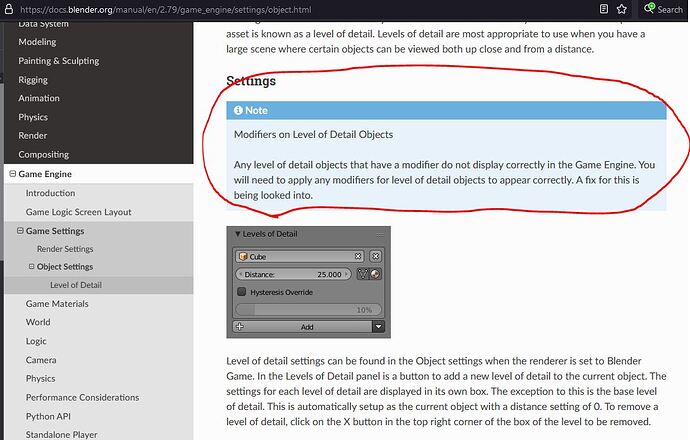 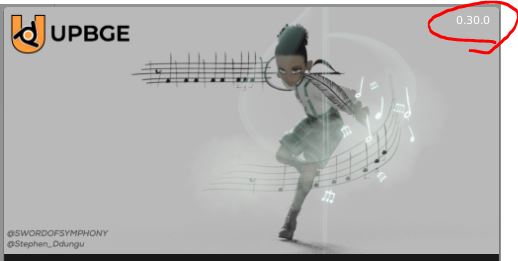 I’ll double check the LOD problem that I’m having. Plus, I’ll try to share a blend file here showing what I’m trying to do. Also… there’s just a chance that I’m not doing this correctly. If anyone knows of a good tutorial or something dealing with LODs and modifiers, that would be awesome.
Anyhoo… brb.
M