when using libload to load other blend files all the dynamic objects on those blend files sometimes load faster than all the other objects like the terrain ending up falling into oblivion. Is there a way to control how the objects on a loaded file appear or is there another way of doing this?

Most of the times when I start the game engine, all dynamic object even those in different blend files fall before the terrain loads, very few times the tank loads after but the barrels no, and even fewer times every rigidbody loads in place or tumbling around.

I even tried to delay the loading of the file with the tank but no success.

The solution I have at the moment is to reposition the tank by pressing a key to it’s original position.

A way that I didn’t try yet was to load all rigidbody with physics disable and enable them after a certain time, but that will require a lot of work to do it in all objects so I wanted to ask here 1st if anyone has a better solution.

How the files load most of the times, see the small barrels at the distance and the tank falling 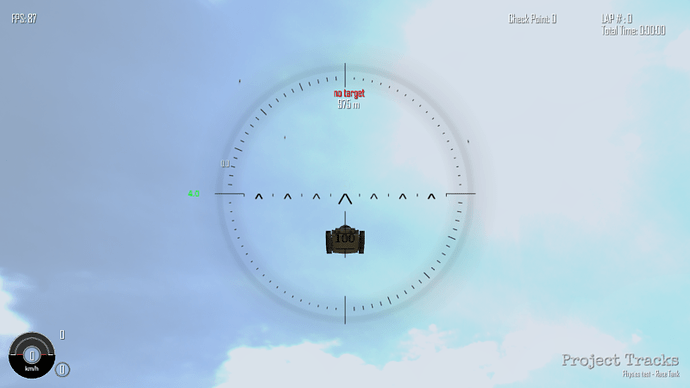 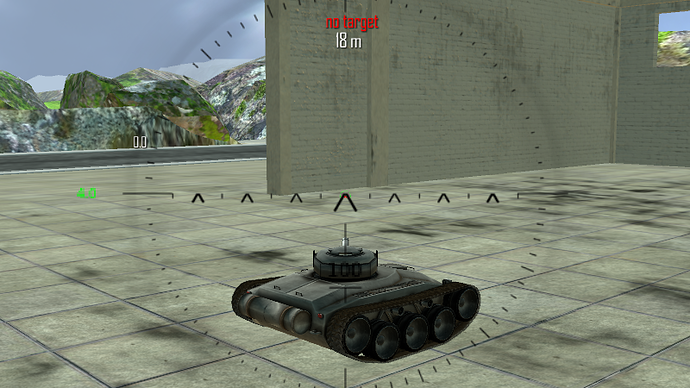 It sounds you are running several LibLoad sessions asynchronously.

Each single load will add it’s objects when finished. As you have multiple loads it depends on the load time when the objects appear the scene. They have no relationship to each other.

When you already use a single load, I would say it is a bug. Splitting the load into different load session (solution A) might be a workaround.

Instead of doing async libloading, use normal libloading.
The problem is likely this:

So you have to figure out what can be loaded when. For example, if there were multiple tanks you could load them all at the same time, but you have to load them after the level,

In the systems I build, I load everything on a hidden layer and use addObject. This way I can load things whenever I like, and then can add everything into the scene at the same time - starting the game.
This is also useful with things like enemies. You libload it once, and then use empties around the map to mark where you want the enemies to spawn.

Loading a game is suprisingly hard, and I’ll be interested to hear about the system you come up with.
If you want to see an example, have a look at the load script in CaveX16

Why did the multithreaded chicken cross the road:
"a man see to laying bricks "

Thanks for the answer Monster, actually I gave up asynchronous LibLoad months ago as they randomly crash blender when loading with no feedback so it’s hard to track the cause.

So what seems strange is that the terrain (static) ‘framework’ is being loaded with the barrels (dynamic) from the same file and those barrels fall just like the tank that is loaded from a different file.

So I will try to separate the dynamic objects into another file and load that file from the terrain file and see what happens.
I will also separate the loading of the tank into another script with a delay instead of loading both files within the same script (I guess that the instruction on a script will only happen after the script runs fully and that is why it didn’t work before.

I’ll tell you later how it worked, thanks.

I think this is what’s happening because I only started to have this problem when I created this much heavier terrain, with other simple terrains with also dynamic objects loaded the same way, this doesn’t happen.

I’ll figure a way from yours and Monster suggestions.

and I’ll keep you posted

“If you want to see an example, have a look at the load script in CaveX16”
Really nice work on CaveX16 congrats, thanks for the script I’ll study it.

If you have a script:

it is the same as:

Because they happen in the same frame.

So try inserting a frame or two of difference between them for the scenes to merge properly. If you’re in module mode you can do:

or what I do in CaveX16 is something similar to:

yes sdfgeoff that’s what was happening as you can see in the code below,

Changing that to load the files on different frames didn’t prevent the barrels on the same file as the map to fall and still needed to adjust how spaced the 2 files (tank and terrain) should load in frames.

So, the quickest solution I found that is working now is:

I could do this in so many different ways like loading the tank from the map file also but that would need me to change a lot of code in different files moving around variables and the way I made the system work as it needs to read files for preferences and configurations that I prefer to handle on the file that is loading the maps and vehicles.

But still, your suggestion is good sdfgeoff, i’ll keep in mind if I’ll need to get back to this.