Hello guys
after a long decade of unfinished projects and trouble at work, i finally made something new: 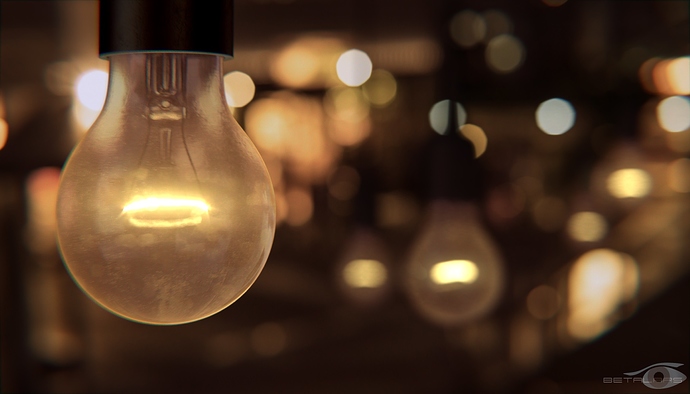 First, i tried to make an actual shader, but very soon, i had to admit: it’s simply way to complex and it was causing a horrible amount of fireflies. So i desided to render each aspect of the light bulb in a seperate renderlayer and combined them using the compositor. This saved a huge amount of rendertime and the compositor is giving quicker feedback while combining the aspects of the shader, wich gives me more control. So these are the layers:
(Ohh and by the way: the background light bulbs are actrually a “low resolution” version of my first combined shader … i disabeled the solidify, turned down the subsurf, deleted the glass shader and added a glossy/transparent mix instead and did some other stuff to safe performance.) 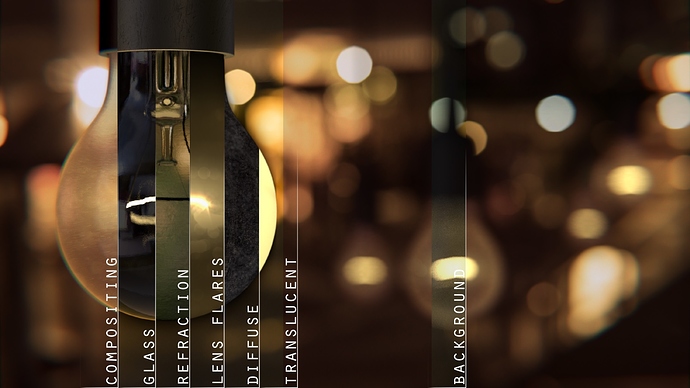 And a wireframe for everyone intrested in topology, as well: 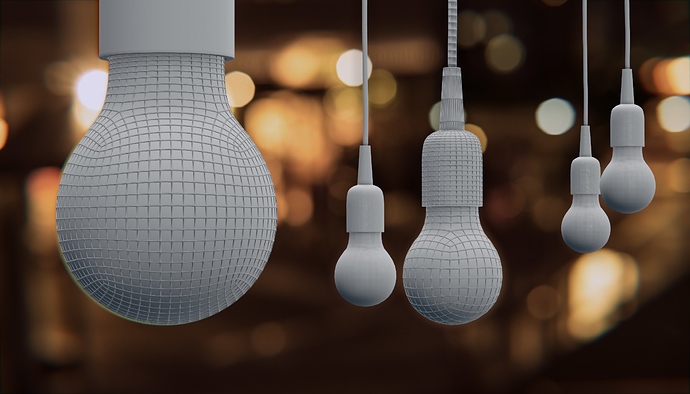 I got my textures from cgtextures.com and yes, the background is an image texture, because rendering this in blender wouldt cause a huige amount of noise and the dof algorythm is not capable of adding these dirty lens effects of real cameras … and the borders of the “light dots” or whatever you call them aren’t photorealistic, too, so i desided to take an image.
betalars (betalars) April 30, 2018, 7:17am #2 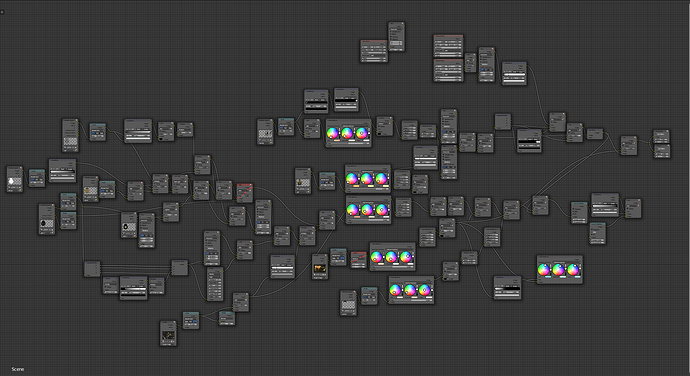 Ohh and o forgot to add my messed up compositor … and yes, the output is connected to the wrong end. Hmmm strange

That looks great! Nice deconstruction of the bulb also. Your compositor looks like a mine field! Great work Betalars!