Is there a way to get an emitter to effect only one object in cycles?

I was looking at doing this too but never managed to find a way, the only thing I found which helped in some instances was in the Object tab of the emitter, the ray visibility section allows you to tick or untick some options that could help depending on your materials.

I’m sure when I used Lightwave many years ago, it had all sorts of options for this too. You could turn off the reflections or light bounces from any object onto any other in the scene.

Basically you must distribute your objects in layers, create two render layers and join through compositing. This is my scene to test this method: two balls with the same material, one plane and two lights. One light affect to both balls, and the other light only one of them.

These are the steps:

Step 3: In current RenderLayer, select the layers this way: Render layer C. And exclude layer A. Layer B will not be show, but it affects the layers rendered. 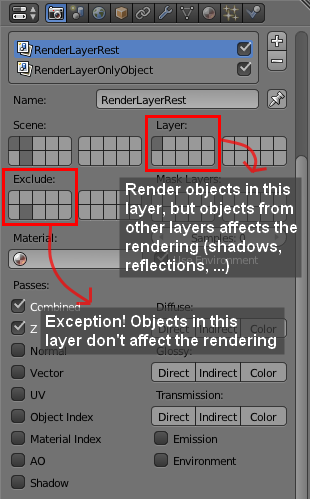 Step 4: Create another RenderLayer in the same Scene. Now select: Render layer B. 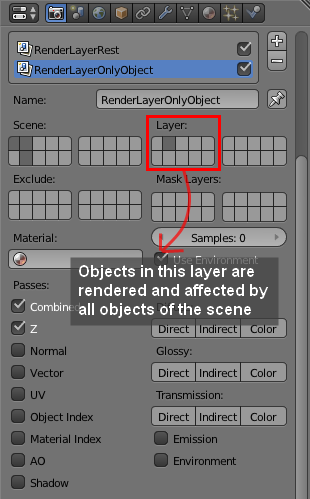 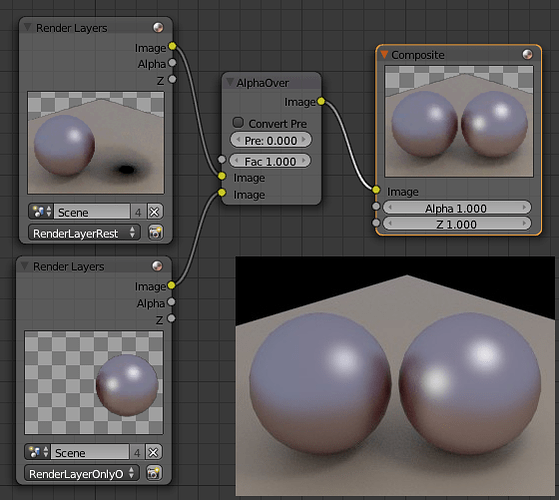 You will get two balls in your scene, one lightened by one emitter and the other by two emitters. I mean, with the same material one ball has one specular reflection and the other has two. This tip could be useful to include reflections in certain objects, like eyes or glasses.