It took about 38 minutes to render and some things are off. Any suggestions? I am currently using Blender’s internal render. should I switch to Yafray? Thanks… 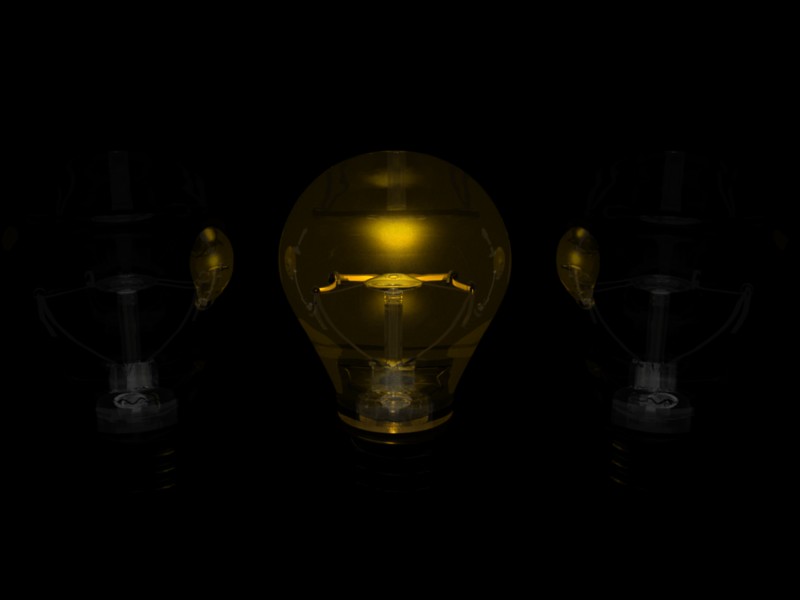 its very hard to make out anything, so its hard to comment on it. make it brighter.

Don’t switch to yafaray, Blender Internal is more than capable of anything you want IMO. What do you want from this image? Give us an idea of how it is off to you, No it doesn’t look good to me either but what are you trying to achieve? 38 minutes is not unrealistic, feature films will render single cgi frames for 30 hours or more in some cases (of course they have a renderfarm

) What settings are you using? OSA Level? AO? Approximate or Raytrace? How many lights are in the scene? What energy levels? Material settings? HDRI? A blend with your light and material setup only or the whole scene would be helpful for those answering.

P.S. External renders typically take longer in my experience. Some people do swear by them though.

It took about 38 minutes to render and some things are off. Any suggestions? I am currently using Blender’s internal render. should I switch to Yafray? Thanks…

It’s very difficult to comment on the modelling because it’s so dark. You might want to make the background white so we can see the filaments against a contrasting background, although that would reduce the appearance of casting light into the darkness. . . Ambient occlusion (you might also change from “Raytrace” to “Approximate” to reduce render time. . .) would help us see details inside the lightbulbs. Most importantly, make sure all of your materials have the “TraShado” option enabled so light can get behind the glass.

If it took 38 minutes to render, you may have more polygons than you need–do you think you might be setting the level of subdivision surfaces too high?

Don’t switch to yafaray, Blender Internal is more than capable of anything you want IMO…

I don’t mean to be rude or something, but aren’t external renders unbiased (most of them at least) while Blender internal is biased, thus achieving less realistic results? And of course, that takes longer to be completed, but I think the results are better with external renderers (I’m playing with Indigo now and I’m amazed how different and better my renders look compared to B.I.)

I agree that depending on your needs B.I. can be capable of doing exactly what you want, and probably you can do some tricks or fake things to get better results than usual with far less render time than any external renderers.

About your lightbulbs, I agree with wysiwyg, it’s too dark to comment on it.

imo, both external and Blender internal can produce photorealistic renders, just external ones may be easier in some ways. i still prefer BI, due its much faster render time. look at the blender.org gallery, there are some amazing renders done with BI. http://www.blender.org/features-gallery/gallery/art-gallery/

Here is the improved version. I added trashadow ( which really helped) and more light. However, my goal is to insert rows and rows with the exact same duplicates. I can’t do that because the pc’s screen keeps blacking out after the 4th lightbulb. I can turn the the lightbulb all into the mesh and ‘array’ them but is there any way around that while still taking as less of the rendering time as possible. Besides, my computer is not powerful, it has 256 mb of ram

here is the image 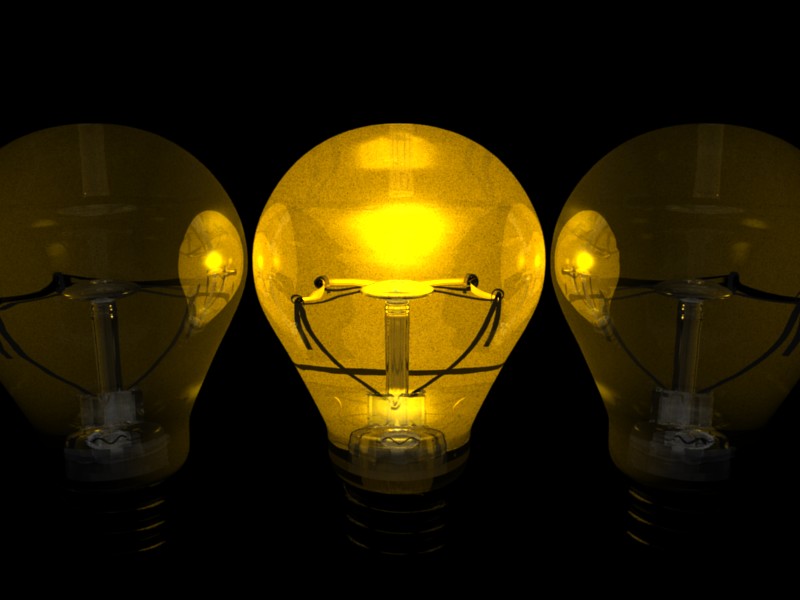 blenders internal render is biased, which means its using tricks to mimic light behaviour. yafaray is the same, only its tricks are far more advanced. luxrender is a unbiased one, so it’s using full calcuations for light behavious… if you want real photorealistic stuff, luxrender is probably the best, yafaray is faster though, and does seem more popular… ive read that lux is easier to set up, but the time it takes to render anything outweighs some work in yafaray, so both have very strong points for use.

if you can’t make your array - try either particles for placement, that way you should save on ‘real’ geometry and get to use memory instances so your ram will no fill up (i think).

another trick you could try is using mirrored planes with a fairly high raytrace bounce… another trick is to render out successive images and use those a backgrounds and keep going with that. remember you can drop mesh detail (you should drop mesh detail) as you get something further from the camera. it wont be seen anyway, but it will be calculated, so it should be removed… y

i have no idea how they’d work, but if your stuck at 4 and want hundreds, this might work