Just wanted to model a kerosene lamp, at first. Then got stumbled at the bad look of the thing in grey vacuum. And added some extra things around (actually, quite a few).

The lamp is modeled after a real and shiny-new one standing at my gf’s apartment as a decoration. So it’s very clean and doesn’t seem used yet.

Any criticism is more than welcome! 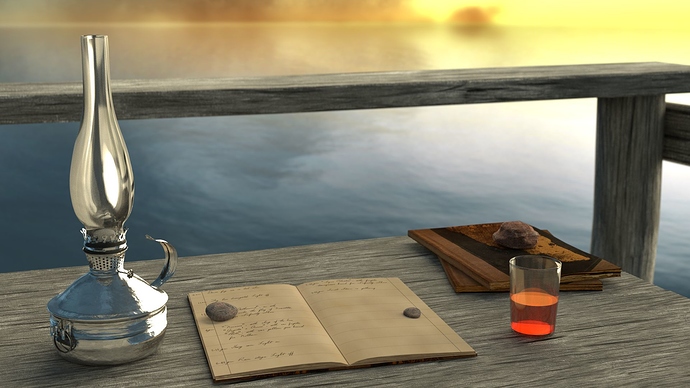 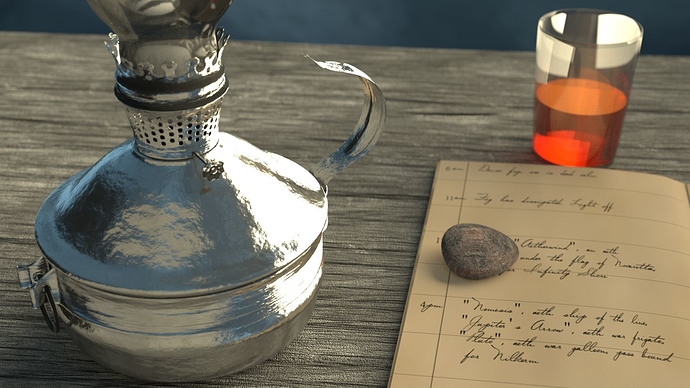 Rendered with Cycles/GPU. Rendering took blasphemously long: first image - an hour and a half, the second one - more than two hours.