I would like to present my new 3d scene: 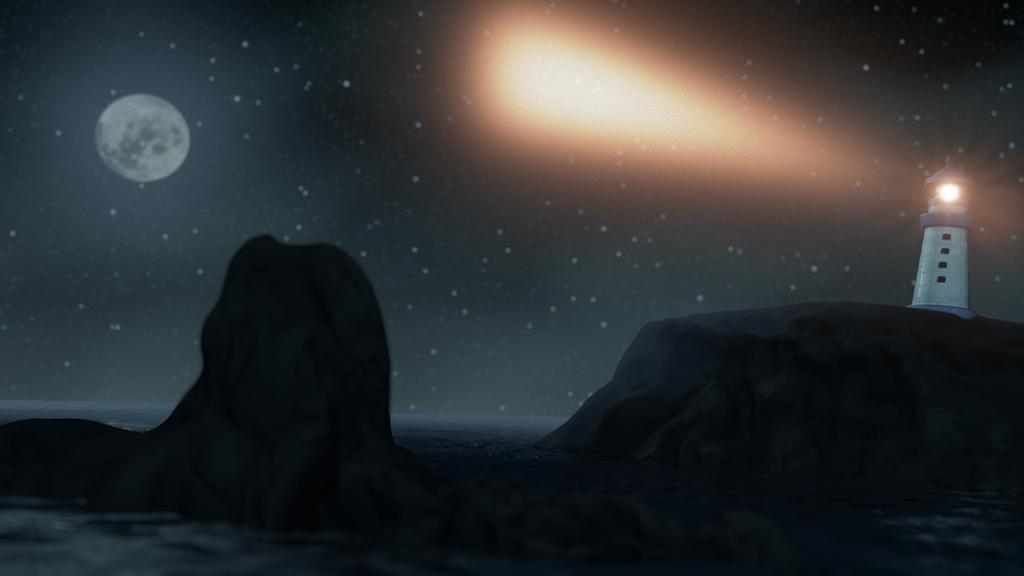 This is a very good piece. With respect to clecle’s comment about the flare, if that’s meant to be the light from the lighthouse you should take another look at that because it doesn’t look natural. Maybe try using a spot lamp. If it’s supposed to be a shooting star, I just say take it out, because it distracts from the scene. In fact, if you just take it out and leave the glow around the lighthouse top, I think that would work rather well.

I’d also recommend getting a higher quality background image - although the current one is nice, it’s rather obvious it’s just an added image.

Other than that, this is an awesome render - great point of view and well balanced. Although it’s not photorealistic it works well and doesn’t contradict itself as far as style is concerned. Keep it up!

Beautiful Inspiring Scene. I might lessen the DOF though. Great work.