Lighting technique: Compositing AO and the shadow pass together to improve lighting

You know of me saying before that I did a technique that multiplies the AO pass over a flatly lit scene, but the problem was that some of the brighter areas that shouldn’t be darkened were darkened, now I expand the technique to use color-ramps, the AO pass, and compositing of the AO and shadow pass together and taking through a color-ramp to essencially make a multiply map that either ignores bright areas or minimizes the darkening effect on brightly lit areas. This can produce nice lighting without an insane lighting rig. 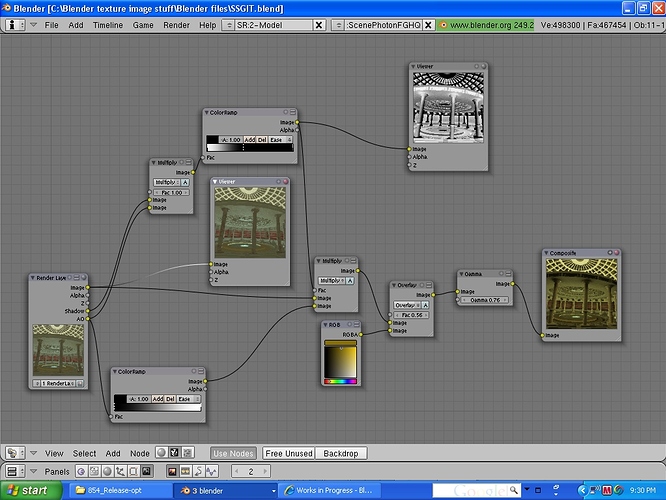 Node setup is self explanatory, and why I initially had the image flatly lit before coming out nicely lit. Wise use of the AO distance setting and color-ramps should get you a good result using this technique, which I say again is an expanded one so it’s more than just simply multiplying the AO pass over the image. Some post-pro was done brightening the hole where the light comes out to make it look like there’s light coming out but any other post-pro doesn’t change the image too much.