Hey, my lights are being a bit of a problem in blender. I’ve just finished modelling and rigging my character and after adding a spotlight, it doesn’t seem to illuminate my character, the power is all amped up to about 12000W and the ‘scene lights’ and ‘scene world’ options are also turned on. Ran through some solutions and similar problems online but nothing seems to work. The thing is that it did work at one point, kind of, not in render mode but when i did the final render, the lights could be seen but now it just doesn’t show up in both (render mode and final render). This might be a rookie mistake as i am one so a little help would be much appreciated!
Thanks!!
(P.S. Its the rain rig project from blender) 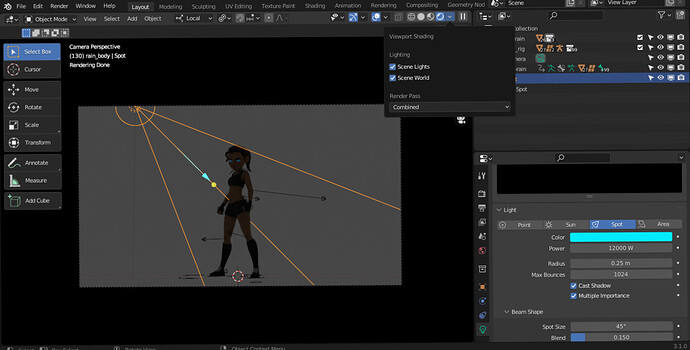 Silly question, maybe, but are you absolutely sure that the light is in front of the plane for your character? Based on your photo, it looks like the light could be falling behind her.

I don’t think so, the light’s passing through the character.
That’s what i mean, it was working at one point, only in the final render and i haven’t changed the light position since. It just randomly decided to stop working after a couple of saves. 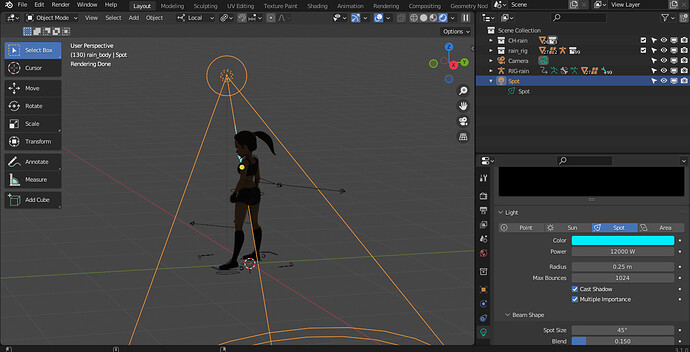 Okay. I have had similar things happen to me with blender, too, where it works properly and then out of nowhere it will behave wonky. I just my computer down, not just a restart, for a while and when I restarted and reloaded my scene, it was working fine. Try that.

If that doesn’t work, start looking through all your render settings to make sure your light is being recognized by the rendering engine. 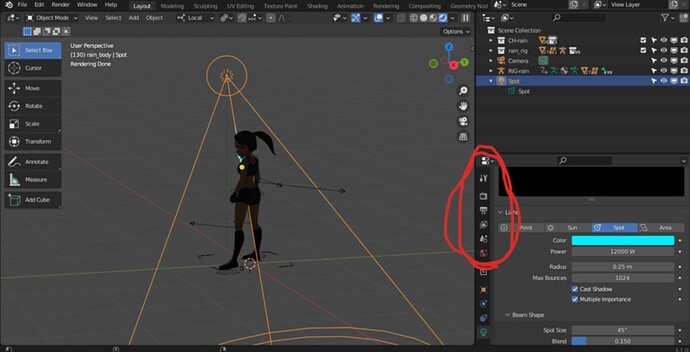 Oh okay, this issue actually occured yesterday so technically my computer was shut until today but I’ll look through my render settings too, thank you so much for your help by the way, i appreciate it!!

You might have a scale issue. You can model and rig without dimensions, but for lightning, simulations, depth of field, motion blur, scale matters. Avoid lights that have insane power numbers. For very large scenes use a Sun light.

This scene I have 30 watts point lamp and my main object has 1.77 meters in X dimension: 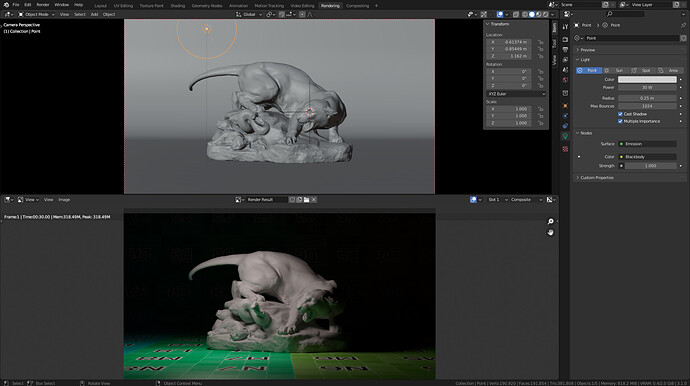 This other one is the same scene, with the same lamp, but everything was scale up and my main object has 9 meters now: 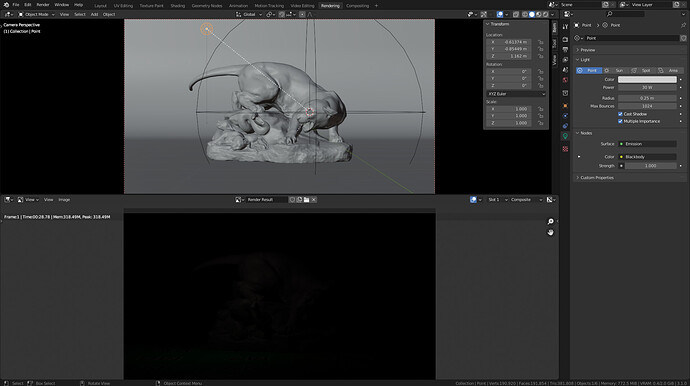 If I increase scale, this light wouldn’t even touch my object and will output a black screen. Object now have 29.4 meters in X dimension: 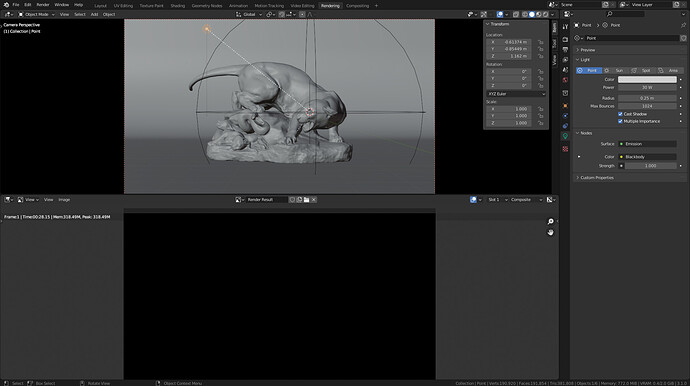 Oh wait yeah, that solves it, I knew it was a rookie mistake!! Thank you so much partner! Much appreciated!!