Well guys, I have used two hemis, a spotlight and a sun for lighting the whole image(all using ray tracing). I have tried to used shadow buffs but in vain. Can anyone suggest any new lighting technique to make the scene more realistic?:eek: 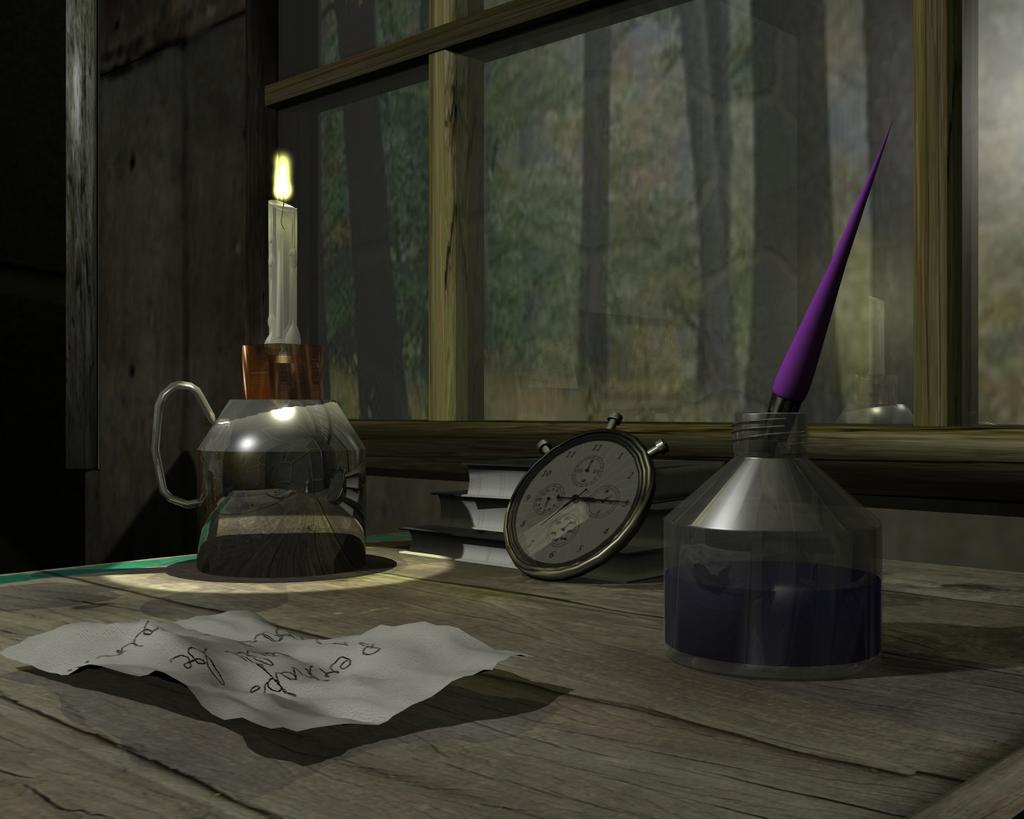 Hey there, looking good. How about using less lights or lessening their intensity and then enabling Ambient Occlusion. I think it could make quite a big difference to your scene.

Agree with len start with ambient occlusion and maybe use hdr to ! Maybe if the moon light come from out could help !

Thanks very much for the reply pal. But, I do not know exactly how to use ambient occlusion. Could u please give me a briefing on that?

use the forums search function

your lightning is very confusing. Is it day or night? The background image looks like its supposed to be day, and yet your candle-like-thing cast a very bright light on the table. Its hard to say what to do and maybe you could post your blend file and I can have a look for you?

What is the scene supposed to be? A candle lit scene or where do you want to have your focus. Or is this just a test setup to learn lightning?

Thanks very much for the reply pal. But, I do not know exactly how to use ambient occlusion. Could u please give me a briefing on that?

Hey Chinu3d, have a look at the info about it on the Blender Wiki:

Also, here’s a screenshot for you, I drew red blocks around the buttons that shows it’s location. The only problem with AO is that it eats quite a bit of system resources. Also you might have to remove most of your lights to begin with (maybe just leave one), for you to see the effects nicely.

Thanks a lot Len!

Start with no lights neither AO, then add a keylight, and work with it untill you get a consitent result, then add a fill light and rim lights.

Getting a good keylight should be the first stage in any lighting exercise.

Well, Djarielm, the scene is supposed to be partly candle lit and partly sky/sun lit because I wanted to make it a kind of a melancholy dark twilight scene. Whatever, I’m posting the blend file right now…

Alvaro, thanx for dropping in, but what are keylights, fill lights and rim lights.

I’m having a problem posting the blend file. But, standby, I’ll be doing it soon.