Upon request by an elysiun member for a tutorial on a lightsaber I made, I present:
This tutorial will be a quick summarization of how to set up a lightsaber blade made of halo materials and make it look good too.

Step 1:
Add a plane and delete two of the vertices and form a line like this: 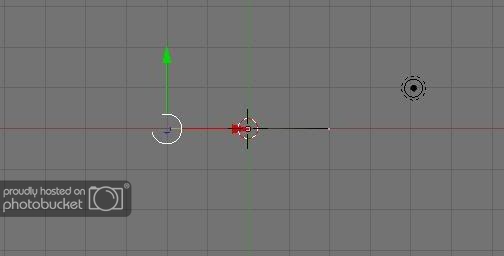 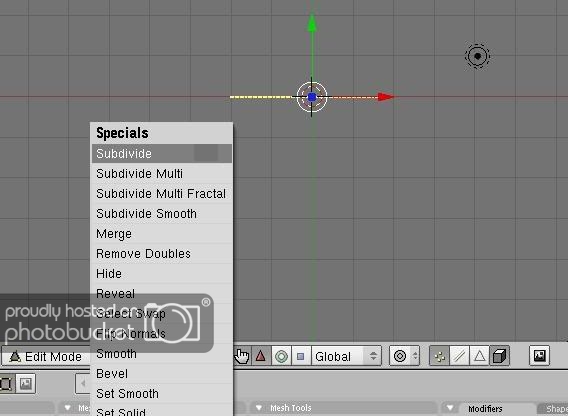 Step 3: Make another Line using the method of the first one and subdivide this one too, But make it slightly longer than the first line. 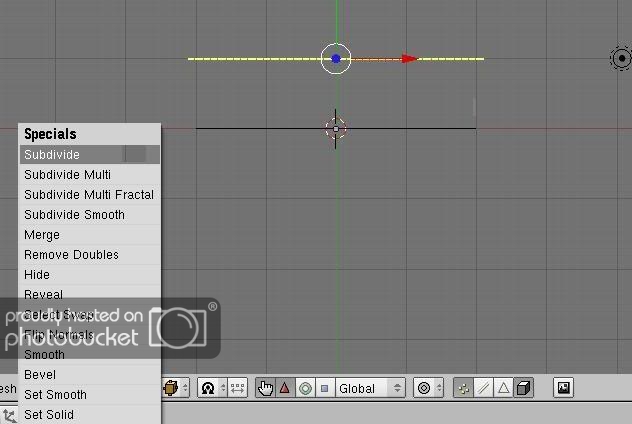 Step 4: Give the line you just made a new material and match these settings

Step 5: Give the shorter line this material (it has to be white though, you could change the color of the other one) 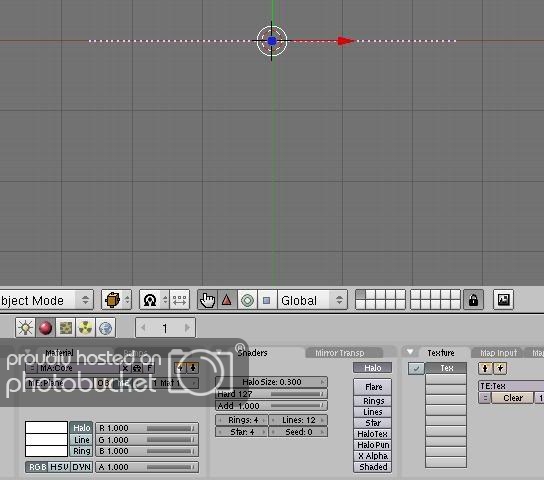 *Yes, I changed the color from green to yellow sometime between step 4 and step .

Take it further and mess with blade lengths and the alpha of the blades to get the best possible saber!

If anyone wants to host this besides me, feel free too.

sweet idea. well i would vote to put information like this one also into the tutorial wiki.

Thanks a lot eh Jasoooooooonnnnn!

hey look, there’s a car just like ours for sale by Jason mumble, mumble, turns aroundJassssssssssssssoooooooooooonnnnnnnnnn!"

Glad you like it lol.
I might try and put it in the wiki, but I’m time crunched.
If anyone wants, go ahead and put it on there for me!

Boy, I just finished making a halo lightsaber that I had this “brilliant” idea on how to make, and then after I’m all done i look on here because I remembered seeing a title that said halo sabers, so I thought i would take a look. My idea wasn’t original after all

I made a saber blade instead of a row though, I think the row looks better. Heres my blade anyway, with motion blured action! 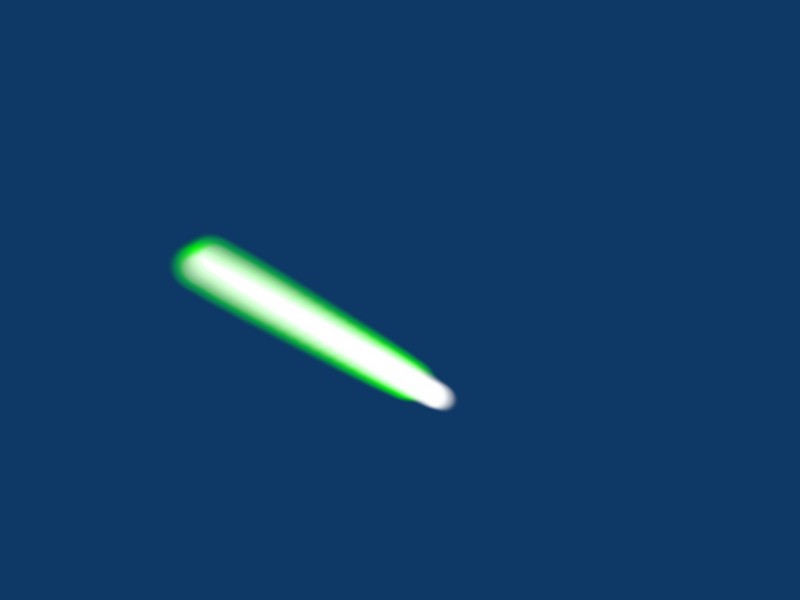 Check the third page of my Darth Vader lightsaber WIP topic for a little different halo settings. Vader saber (page 3) Instead of making the second line a little longer, I made it the same length and offset it a little bit.

[Edit] Here’s the tutorial that I used:

First, open a new Blender session, and in doing so, clear any preconcieved ideas about how to make light-sabers.

Now, delete the default primitive, and from top view add a plane. Go into Edit mode and size the plane to 0, so that there is only one vertex visible. Remove doubles. Now go to front view, grab the vertice and extrude along the z axis until the length between the two vertices is the length you want your saber blade.
Select all two verts and subdivide about 5 times. Now go into Object mode, grab your blade and hit ‘shift-d’ to duplicate it. Offset the copy by sliding it up on the z axis, until the verts of the duplicate are between the verts of the original. The reason you duplicated it was because one of the ‘blades’ will be the bright white center of the saber, while the other will be the outer color.

Now comes the fun part, the materials. Select one of the ‘blades’ and add a material, then hit the ‘Halo’ button under the ‘Shader’ tab. Now put the ‘Hard’ around 60, the ‘Add’ around .500 and the ‘Alpha’ around .75
Make the material color white.
Then grab the other ‘blade’, go to material buttons, and hit the little 2 next to the material name, and ‘Make single user’. Make the Halo Size a little bigger, and add a bright green color to the material.
Now try rendering. You will probably have to tweak those settings to get the desired results, depending of your scaling.

Wow! A tut I could follow that actually looks good in the end! 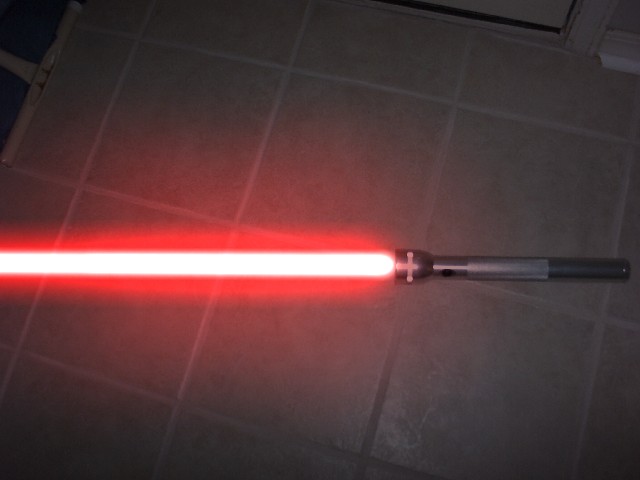 I’m not sure if this would help, but I think if you just give the halo a blend texture set to halo, and change it to white, you won’t need a new blade for the core.

Thanks for the mini-tute, Jason G! Thot I’d give it a try in a refresh of my old rendition of [email protected]’s “cutting thru steel” tutorial (now @ blendernation.com):

Nice job jason… i havent seen many tuts lately on these forums. Although i think this topic should go in the blender general section imo. Nice tut though… Im gona go try that effect with text.

edit: text idea is obviously not a good idea unless you manually create the text without the create text option or subdivide regular text carefully for certain area’s to balance it out…

you just gave me the best idea: put colored light bulbs in the maglight, and that’s your saber’s “glow” on the character who’s holding it! you could have flashlight duels, too!

May I know how you achieved this amazing laser sabre sound? :o

I’m not sure if this would help, but I think if you just give the halo a blend texture set to halo, and change it to white, you won’t need a new blade for the core.

I have tried this method. It works, but you have to increase the halo size, and the white row of vertice is a bit more visible at the tip of the blade. You also can’t control the offset of the white area. this said, it is very simple to use. Halo Tex must be enabled, or you will get only a white spot on the middle of the blade!

I have tried to add Lines and Rings to the green halo material, and I got an interesting Excalibur effect that could be used for fantazy movies. Unfortunately, I haven’t been able to animate the effect with a second texture (Wood with turbulence and an Ipo offset).

I’m not sure that halos supports multiple textures…

May I know how you achieved this amazing laser sabre sound? :o

Thanks, ROUBAL. I’m still working on it: I want to set it up to allow the world color/tex to show thru where the steel’s been cut out, then shine a volumentric spot thru the cut slot, gettting progressively brighter, flashing out to white in the end. Any tips on getting the alpha’d area (the text) to be transparent? I’m probably gonna have to switch the texture bitmaps to be PNGs with a transparancy channel, but I’m not at all sure how to generate these. I’m looking at how to post-pro the existing ones in PS, but that sure would be tedious, unless I can batch process. (Reference the original tute here: http://www.blendernation.com/tutorials/blender-3d-intermediate-tutorial-cutting-through-steel)

As to the audio: I just googled for lightsaber WAVs. There’s a ton out there. Then I just added them in a vid editor (currently Pinnacle Studio 9+, sadly) to match the motions as best I could (with only two audio tracks…) More effort certainly could be done to improve this aspect, but for such a “fun-only” project, its not really worth the trouble.

Great job with the tute Jason!
Here is a test I made.

well i would vote to put information like this one also into the tutorial wiki.

I want to set it up to allow the world color/tex to show thru where the steel’s been cut out, then shine a volumentric spot thru the cut slot, gettting progressively brighter, flashing out to white in the end. Any tips on getting the alpha’d area (the text) to be transparent?

Okay, I’m such an idiot. I had my premul turned on instead of sky. Now I just need to research/test how a volumetric spot interacts with the alpha’d portion…

Greetings:
Here`s an alternative using the nodes, the base for it is a shadeless white cylinder.

@Casper,
How did you get those circles (like the ones you get when looking at the sun in a camera)? Is it blender or post processed?

@Rogenator: just a quick question, are those nodes things easy to learn?

Greetings:
JasonG, some parts are really easy to learn, the render nodes are just like any post-pro software, you have layers, blending modes, filters, etc… for this thingy it was my first try at the nodes and it took around 5 minutes to figure out how to do it