Linked Objects not hidden in render.

I have a character set up with a Mesh Deform Modifier, then an Armature modifier, then a series of lattices, and finally, a subsurf mod. I’m binding at level 5, and everything looks pretty OK. It all works like it’s supposed to, no verts are left behind, I’m pretty pleased with it overall.

So, I save and exit.

When I open the file again, the Mesh Deform modifier still says it’s bound, but it doesn’t do anything. I rearrange the modifiers, unapply and reapply, but the only thing that works is unbinding and rebinding, is that the way it is supposed to work?

Are you using SVN?? Cuase I read in the bug tracker that there was a bug similar to wat you are experiencing. Check out the bug tracker and see if there is a solution. Maybe it is fixed in recent revisions.

Well it remained Bound in my linked file, so I’m not that worried about it right now I guess. Thanks though, I’ll have to look into that.

But I did have another problem. I have my group linked in, set proxy for the armature, and have begun animating. In the source .blend, I have all objects hidden except for the body mesh and the armature, but when I render, it’s rendering all of the group objects. Any help on this would also be appreciated, thanks. 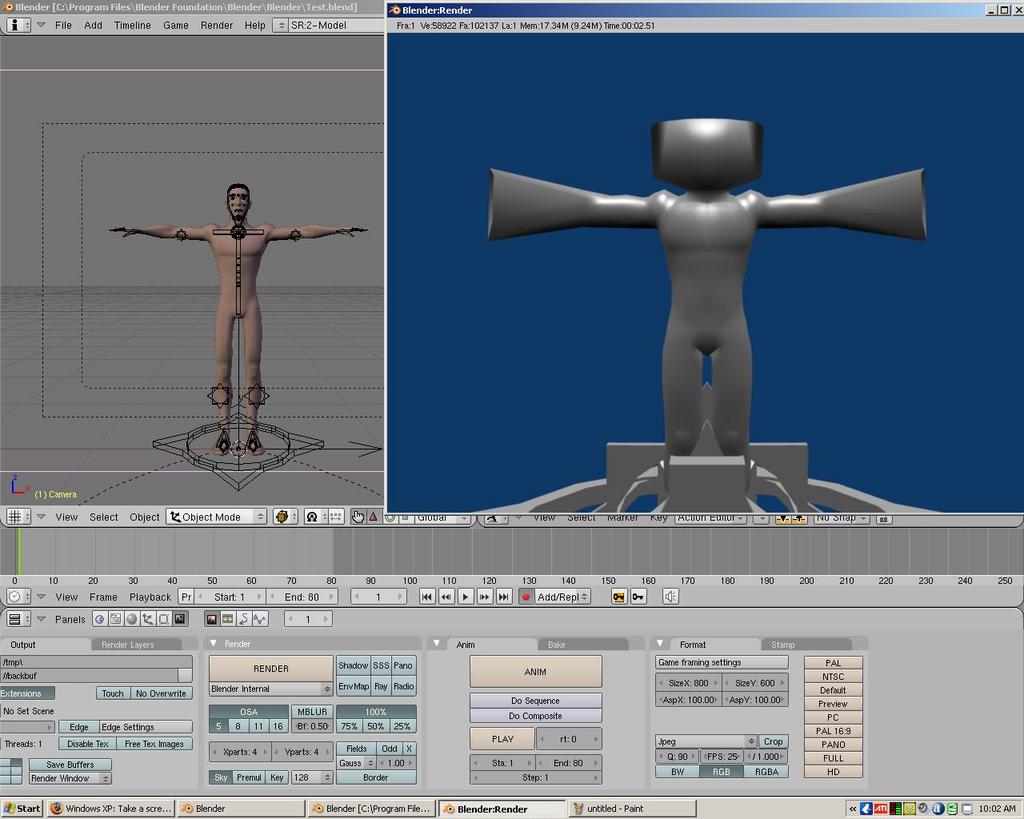