Hi, so, I’ve been wanting to make a game for a while now after a miserably failed attempt at “False Hope”…

I’ve been looking at games I really like and I realized that some of my favorites are older ones like the first Harry Potter game for PC and the Fellowship of the Ring for PC as well.

I looked into it and I couldn’t for a while figure out what made them so much different from those we see today. I think I have found the SIMPLE brilliance of them.

I have worked with the UNREAL Engine in the past, which is what the first three HP games used. It really makes it easy to set up great lighting effects in a short time. So I am trying to implement all of this into a new game created by: Me. Doesn’t sound easy, and it won’t be, especially if I only have about 6 months to do it in.

However, it will be a ton easier on the fact that I am not concentrating TOO much on graphics. This does not mean that it won’t be good for 2001:eyebrowlift2:.

I don’t know much Python, but I do plan to learn it in the process of this game. Since I already know a good chunk of C++, it will make it easier.

I have done a lot of planning to this game and am writing the storyline. I already know it will be in a slightly anime style.

I’ve got the models and landscapes and logic bricks and anything else I missed, I just would like a little help on some certain other areas (see below).

Asking For: 1. Just a small team, maybe three or four people at the most. 2. Python scripts 3. Good Character rigger. 4. Maybe a character animator we will see. 5. Texturer for characters. Current Screenshots (because I know the Blender Community loves them) :eyebrowlift::

Sorry they are really bad quality!! 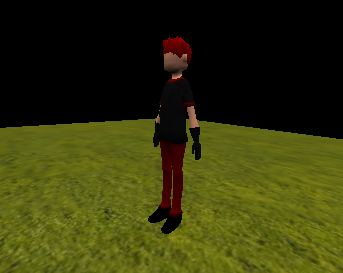 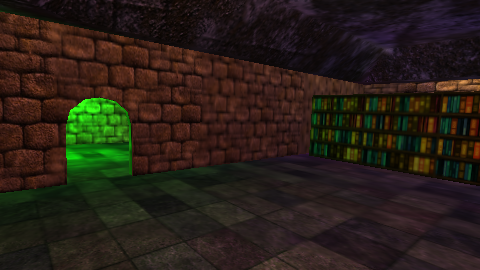 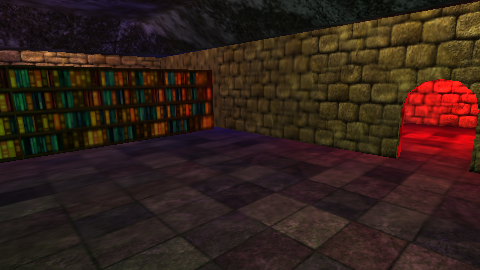 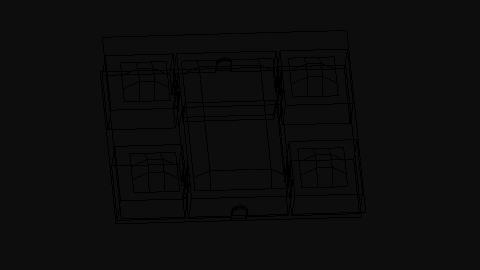 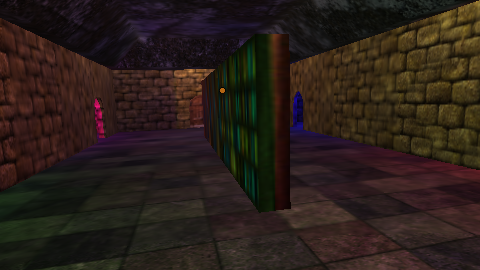 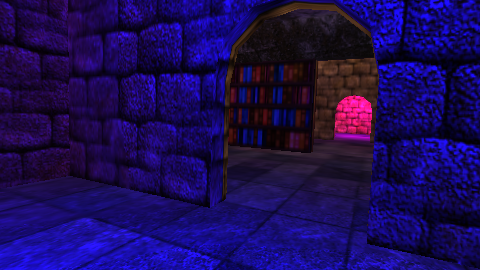 If you do decide that you would like to help, you can contact me through PM or right here and I will give you my email… I have Gmail, so that would be great to have chat enabled… Plus if you join you can see the actual .blend files :eek:

Sorry they are really bad quality!!

no, no, no. They are really good. It has a nice and direct old school look. The highly saturated lights are an incredibly clever way to add atmosphere and make sure the player isn’t lost. Good job!

dude… this is a total fail…

NO, I’m joking, it looks really awesome. I had an idea for a game like this once, but I failed so badly XD. It’s kind of hard to make spells… for me at least.

I haven’t stated on my game yet… XD, but summer is coming, and I may start it then… But I still have too many projects to deal with…

dude… this is a total fail…

NO, I’m joking, it looks really awesome. I had an idea for a game like this once, but I failed so badly XD. It’s kind of hard to make spells… for me at least.

I haven’t stated on my game yet… XD, but summer is coming, and I may start it then… But I still have too many projects to deal with…

Thanks. I think I have an idea for the spells, it won’t be easy but we’ll have to wait and see.

What I would do, for like blasts of power or fire that generate from your hand, is make a small icosphere, texture it with a light red (or a texture of a light red and black spots on the side so it looks like it burnt its self), then duplicate it, invert the normals and increase the size, then make it a darker red and make it mostly see through. The inner one should be mostly opaque… That’s what I would do at least… he he.

Also, who lets say a rock rising from the ground, it’d be cool to be able to select the monster you want to attack with it and then you have like a circle around it that says it’s the target, then when you press the spell button the rock rises up from the position of the circle. Or by default it just selects the closest one and also it’d be cool if your able to lock it on a position… So basically 3 things:

This is actually more like a target system XD

That’d be awesome to do, and it’s not really that hard

The setup I would use to make it “user friendly” is this:
I’ll have it so when the mouse is over and left click the ground or a place that can be targeted (like a wall) it gets the local position of the place and stays there until you end it.
If it’s over and left click an enemy (which is defined by it’s property), then the target positions itself to where the enemy goes.
If I right click then it cancels everything and goes to the default…

Anyways, those are my ideas!

Thanks Linkxgl! I will definitely do something like that.

For now I made a small little enemy test without any Python just to get started.

Completed character with textures, animations, and logic. HUH, finally, it took me a long time.

DONE WITH CHARACTER and working Great!!