I guess this is barely appropriate for this forum but it’s Blender and it’s Blender VFX nonetheless, so I felt compelled to post it.

This is a short film (actually, hopefully, the beginning of a webseries) and towards the end there is a lovely R22 helicopter from Blendswap (created by Kuhn0362), hovering over a snowy landscape. If you couldn’t care less for the film and wanna skip to the Blender goodness right away, it’s right after the 2 minute mark. The film is in German, but it has English subtitles, which you can activate in the YouTube player panel. 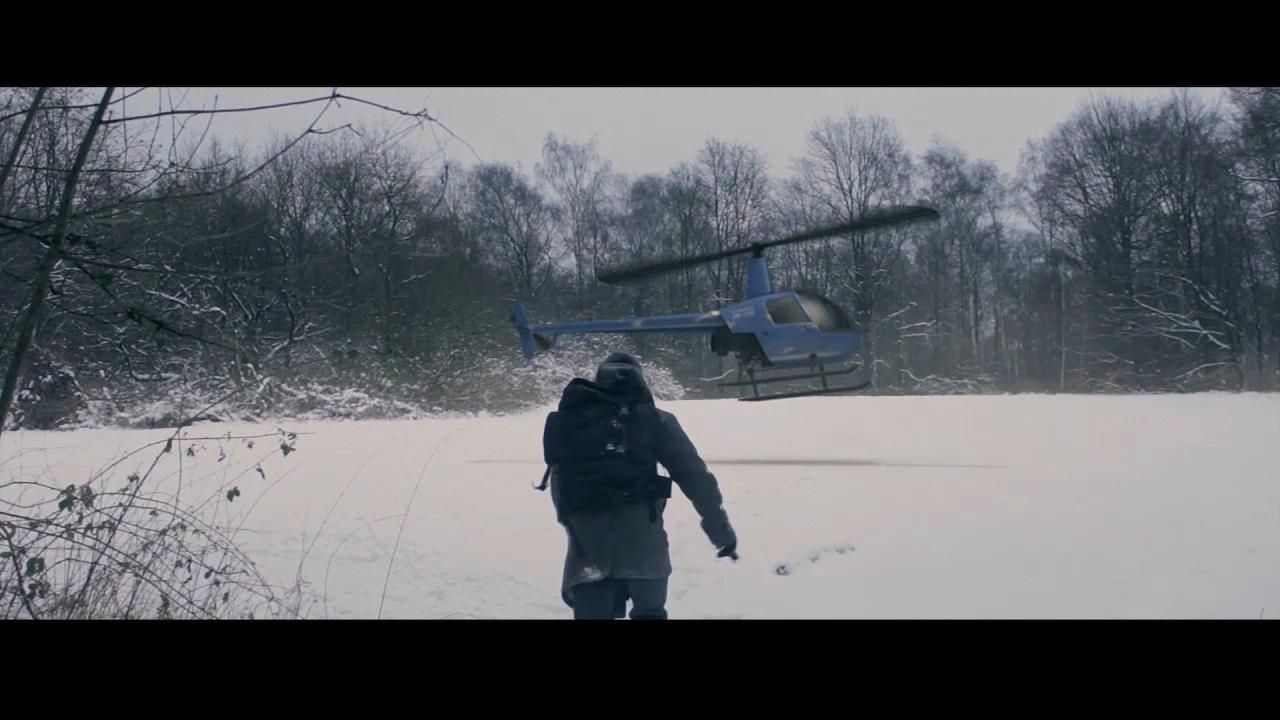 Edit: Oh yeah, the simple intro is mostly Blender too, of course.

looks really cool! the helicopter and his reaction to it’s “wind” are a bit obviously fake, but maybe that’s because I knew it was, so…

Very good short film, Unluccy! Your actor did a fairly good job, and I liked the camera work and the editing. The helicopter bit wasn’t too bad, with a little tweaking of materials and animation, I’m sure it could be integrated to be very believable.
Looking forward to seeing the next episode! I’m hoping to have a project come up where I would be able to use one of Kuhn’s models myself, he is great at what he does!

The movie itself looks very good, you did a great job. Intro and credits animations are very good as well. Helicopter is nicely composited in the scene, though materials seem a bit wrong, praticularly the window material. It would look better if the reflection was sharper

@@ctdabomb: Thanks! Yeah, I didn’t really shoot for “real”, I didn’t have enough time (or skill) for that. I just wanted it to be real enough to impress and propel the “story” forward.

@@James_Candy: Thank you! As I said above, I guess I’m just not capable enough and I didn’t want to spend more time. Maybe in the future I should reach out to someone from the Blender community, but then again I really pride myself on doing so much by myself.

However, looking at my work ethic, I honestly do not know when (if) I will release another episode.

I think we should keep it in English on this forum, though. I chose a German title and kept everything German (despite being a total anglophile) because I wanted to try to make a very ‘German’ story cool. A German agent, akin to James Bond or Jason Bourne, just starting out, very inexperienced and growing more confident in the later episodes (if they ever get made).

By the way, a little blooper from the motion tracking stage:

Looks good. Scale between agent and helicopter iffy but flying was pitch perfect. The glitch was funny. Of course nasally geek voice in my head, “Uh actually thats just the matrix rebooting, see how you see the same thing twice.”

Thanks for saving this thread from oblivion! I’m glad someone else thinks the glitch is kind of matrixy, in a weird way.

As for the scale, I made sure it’s pretty darn close to the real thing. I bet you think it should be larger, but if you google images of this helicopter type you will find that, if anything, it should maybe be smaller still.