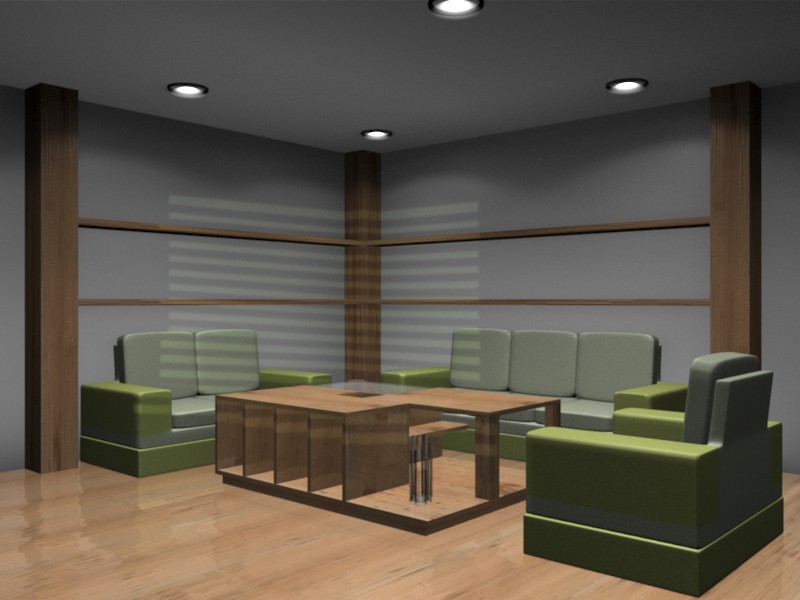 It looks much better now.

Try to add some glow… and maybe render it with yafray… I think Yafray is good at rendering rooms… Oh! I got an idea… try to add an window that we can see… That will maybe bring more life to the room

Keram- nice design model…couple of suggestions…change the vertical supporting piers material to offset them from the floor -maybe concrete. The table looks too complex, and to me the furniture frames look bulky-over proportioned- if that’s a word

You can also add some detail by putting a cornice where the ceiling & wall meet, and adding some objects (magazines/statues/pottery) on the table.

As already stated, the furniture looks a bit bulky/disproportionate - especially when you look at the relatively thin back for the chair in the front - compared to its sides. Also, I would suggest maybe softening up the sofa pillows - they look a bit hard and rigid at the moment (i.e. give them more volume).

Looking forward to an update on this one.